Religion / Religious Life
Monk Arsenios of the Skete of Koutloumousiou, the Holy Mountain

In his second epistle to the Corinthians, at chapter 1, verse 26, the Holy Apostle Paul enumerates the dangers facing the Apostles. There were eight such dangers, the last being ‘perils among false brethren’. A short interpretation provided by the late Panayiotis Trembelas states: ‘in perils from people who were false friends and who bore name of “Christian” under false pretences’. Trembelas was right to point this out because false friends are those who come to us as friends, whereas in fact they’re anything but, because they have a different outlook, which is hostile towards us. 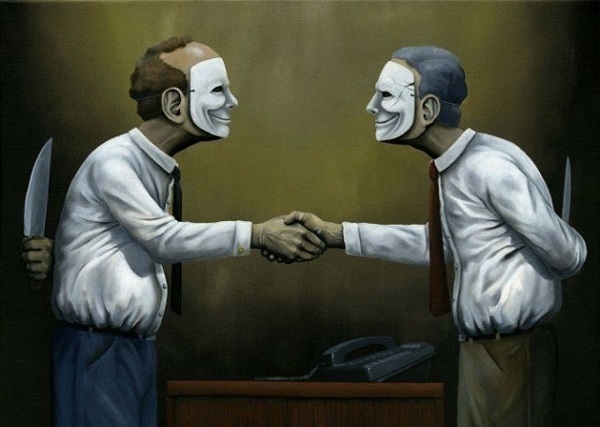 Saint Paul departed this life on earth in 64 A.D, as a martyr. We may assume that he wrote the epistle sometime between 50-60 A.D. One wonders how this impure duplicity had had time to appear and grow so quickly, when the redemptive events of the Lord’s sacrifice on the Cross and Resurrection were still, in a sense, fresh and the joy deriving from them still reigned. And if, in such a short time, duplicitous people boldly pushed their way in among the Holy Apostles of Christ, what shall we say of today’s age, when the love of Christ has, for the most part, fled from among us? Back then, in the time of Saint Paul, we may be sure that duplicitous people were in the minority. What can we say about our own time? Really, who are in the majority, the pseudo-friends or the true friends in Christ’s love? If we say that there are more of the duplicitous kind, let’s not be disheartened, because happiness isn’t to be found where there are many people, but where there’s the Grace of the Holy Spirit. We might say that a false friend is someone who wittingly denies the way of thinking of the Cross of Christ and, instead, of his or her own free will, embraces the three opposites of this view: ambition, avarice and hedonism. True friends in Christ have declared open warfare on these three evils and fight with might and main, even if they sometimes fall, either defeated by a weakness or suffering an instructive withdrawal of Divine Grace. But the final victory will be theirs, provided, naturally, that they mean to stay the course, a genuine friend of Christ to the end. We say this because people are free to chose the real or the artificial whenever they want.

‘Perils among false brethren’, says Saint Paul to us. It may, my friends, be the worst danger of all, because it’s always with us and often we don’t have the ways and the means to avoid it, with the result that the web of evil on the part of our false friends draws us ever further in. Usually, these people have no control over their conscience, which is why they often have a sarcastic and repulsive expression of joy on their faces. They are no doubt proud of the ‘work’ they’re doing, and, in the meantime, the true friends of Christ groan under the sorrow caused by their duplicitous brothers and sisters. The false friends have deliberately muzzled and spoiled their conscience, whereas the true friends of Christ keep it alive, so that it can give credit when they do well and chastise them strictly for even the slightest wrong they may have committed. 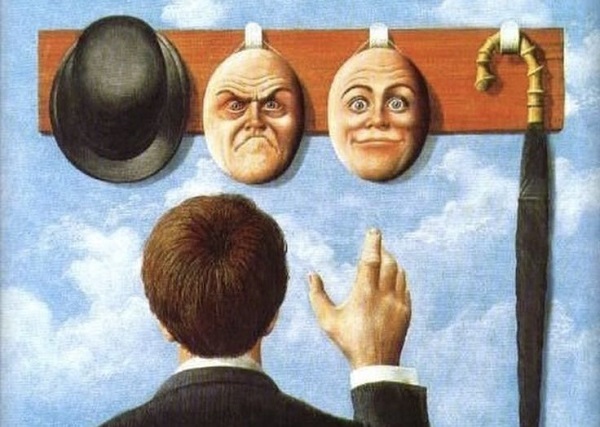 So much for what we can say about today, because lots of things are aggravating, especially on the part of false friends. We see them performing signs and wonders which damage our Orthodox faith and they have not the slightest control over their conscience. We see them shamelessly snatching positions from those who are more worthy, though they themselves have much less to offer. More importantly, we see them battling against the saving work of the Holy Spirit, with no shame, not even a blush. We also see them in the Lives of the Saints, the people who slandered and persecuted saints such as John Chrysostom, Symeon the New Theologian, Nektarios of Pentapolis and many others. These saints I mentioned weren’t slandered and hounded by pagans and heretics, but by their own brethren, who as we’ve said, were false friends, that is they wore a mask and pretended to be Orthodox Christians. It’s one thing to be persecuted by people of other faiths and by the heterodox and quite another when it’s Orthodox Christians themselves who are doing the hounding, lurking until the opportunity presents itself and they’re able to appear as the duplicitous people they really are…

May Christ and Our Lady protect us from such dangerous brothers and sisters. Amen