Saturday of the Souls

We’ll say a few words here about the profound meaning of the Saturdays of the Souls. Obviously, these days are dedicated to the dead, to the souls, to the world of the spirits.

People aren’t just the body we see living, moving, working, rejoicing, suffering, growing old and dying. They’re also immortal souls, united to their bodies as long as they live. When the body dies, however, the soul lives, it exists and remains immortal. It’s a spiritual hypostasis, eternal, and is transferred into the invisible world of the spirits. 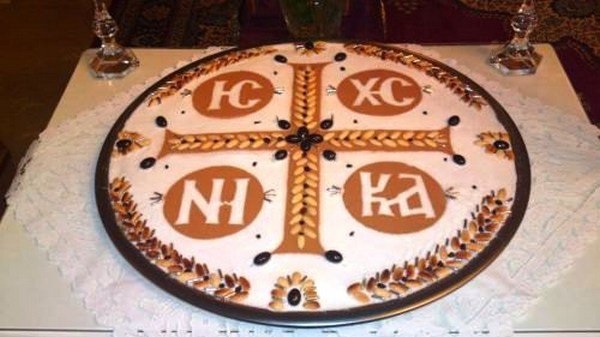 As an affectionate mother, the Church is here not only for those who live in this world, but also for her offspring who have died and whose souls are now in the world of the spirits.

This teaching is a fundamental tenet of our Orthodox faith. Another teaching, closely linked to this is a continuation of this dogma. It’s the doctrine of retribution [1] and judgment. God will just us according to our works.

In the face of divine justice, we’re all guilty of greater or lesser sins. Our most important duty is to be prepared for the next life.

The Church always prays for the salvation of its offspring. It strives to produce saints for the kingdom of heaven. Many people, however, die with imperfections and stains, not because they were lacking in faith or piety, but out of weaknesses. It may be that death came upon them suddenly and they departed flawed, deficient in virtue and sanctity.

The Church assists and comforts those souls. It’s an ancient, Apostolic tradition to bring gifts and offerings- candles, incense, oil lamps and so on- on behalf of the departed. ‘For these are acceptable to God and bring great recompense’, says Saint Athanasios the Great. 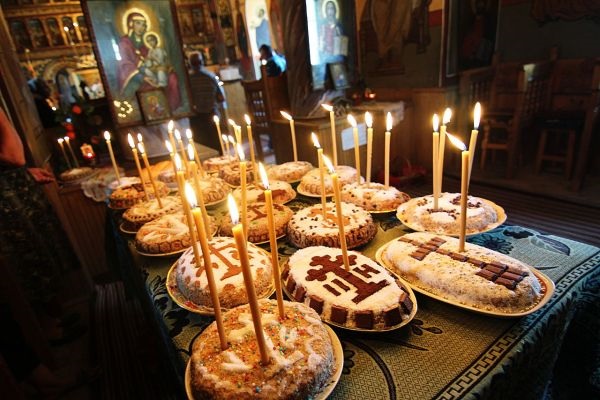 Saint John Chrysostom says: ‘Let us concern ourselves for the good of our dead. Let us provide them with the proper assistance- offerings and acts of charity- because this brings them great relief, profit and benefit. Because such things were not ordained by chance, but were handed down to the Church by the Lord’s most wise Disciples and Apostles. The priest is to commemorate the faithful departed over the spotless Sacraments’. And he adds: ‘Those who forget and neglect to perform the dues of the dead bear responsibility and sin’.

Memorial services, liturgies, acts of charity and all the other things which are performed on behalf of the dead, are of special importance for those who have died in wars, catastrophes and disasters, in wildernesses, on the seas, in all manner of ways, particularly if they had no-one to take an interest in their soul.

The Church commemorates ‘our departed fathers and brethren from all over the world’ because it recognizes God’s mercy and knows that ‘the side of loving-kindness prevails’[2].
This care of the Church for the dead is also a great lesson for the living, because it calls upon them to be aware of their sinfulness, in repentance and firm preparation for the salvation of their soul in God’s eternity.

[1] ‘Retribution’ in its original sense of ‘the return of a gift or favour’. ‘Divine retribution’, as punishment, is from the mid-16th century, that is, the time of the emergence of Puritanism.
[2] This part of the Archbishop’s sermon is a paraphrase of the beautiful text in Mattins on the Saturday of the Souls before Great Lent, where is says that ‘if the scales be evenly balanced, then the side of loving-kindness prevails [WJL].