Non-Gender and One-Gender in the Gnostic Gospels (5)

The above prohibitions should not be confused with instances where certain saintly women disguised themselves in order to enter men’s monasteries. What distinguishes these women from the followers of Efstathios is the reason behind their actions. Their motive was not to denigrate their sex nor to condemn procreation, as was the case with the repressive supporters of Efstathios, who were opposed by the Synod of Gangra. It was rather the social conditions of the time that compelled them to act as they did. These women entered men’s monasteries either because their families wanted to marry them off against their will (Saint Efrosyni, Saint Apollinaria); because they were being pressured into forming a relationship (Justinian and Saint Anastasia the Patrician); or because they wished to renounce their sinful past, as in the case of Saint Pelagia, who had formerly been a harlot. In such cases the outward appearance of being male allowed the disguised women entry into the life of monastic asceticism, and social masculinity made it possible for them to remain untroubled in their new persona for as long as it suited them. Through their cross-dressing, however, the women who were followers of Efsthathios rejected marriage and, as a concomitant, procreation. 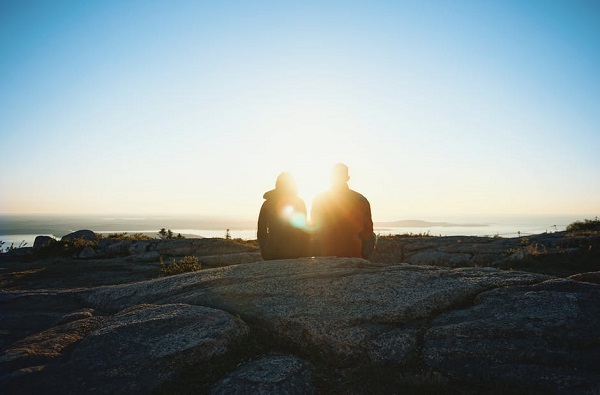 We should mention that in his work De Civitate Dei, Saint Augustine also opposes repressive (‘encratic’) Gnostic tendencies similar to those adopted by the supporters of Efsthathios. These particular heretics claimed that, after the resurrection, women would be raised as men. Augustine firmly rejected these positions and stated that sex is a characteristic part of our nature and, as such, cannot be changed. In the general resurrection, therefore, women will be raised as women, not as men, because the distinction between the sexes is not something bad that must be abolished. What is bad is sin, decay and death. Indeed, he links all these notions concerning the change of sex after the resurrection with the various repressive, Gnostic concepts which condemn the body and its features, one of which is sex.

We should also mention that a literal interpretation of verse 19, 12 in Matthew (‘For there are eunuchs who have been so from birth, and there are eunuchs who have been made eunuchs by others, and there are eunuchs who have made themselves eunuchs for the sake of the kingdom of heaven. Let anyone accept this who can’) led many Christians in the early years of the Church to castrate themselves. So it was that, from the mid-2nd century, we have instances of self-castration, removal of the genital organs on the initiative of the person concerned, despite the injunction from the Fathers of the Church that the spirit of the law should be followed rather than the letter (what was said in Saint Matthew’s Gospel) and that people should shun the example of Origen, the theologian who lived during the 2nd and 3rd centuries and castrated himself in order to restrain his passions.

Saint Epifanios also mentions a group of heretics who were called the Valesians. These particular heretics practiced self-castration, supposedly in conformity with the words of Christ that, if a part of your body was a stumbling-block, it was in your interest to cut it off so that you could enter the Kingdom of Heaven. So convinced were they of the correctness of their views that they castrated not only themselves, but also unsuspecting men who happened to be staying with them. Because of these practices of theirs, they ended up sexless, since, as Saint Epifanios points out: ‘they are no longer men because of what has been removed, nor can they be women, in defiance of nature’. What prompted these heretics to seek this no-sex state was the condemnation of the material body and therefore procreation. Their efforts, either to persuade everyone to castrate themselves, or to castrate them by force were inspired by a vision of the abolition of the material world and a life of spiritualism. This was foreign to Orthodox spiritual life. Their practice was opposed to God’s creative work and, as Apostolic Canon 22 states, such efforts are ‘an enemy to God’s creation’. According to Saint Epifanios, pursuit of such a non-sex state is ‘mental illness’ and a misinterpretation of the words of Christ, Who, while stressing the need for continence, did not mean to suggest that any member of the human body was evil, because ‘the procreative organs are made by God’.