The Church as a Therapeutic Center: The Illness of the Soul

When speaking about the illness of the soul, we primarily mean the loss of Divine Grace, which has repercussions to the body also, and then the whole person is sick. There might be an absence of bodily illness, but without the Grace of God there is no health. 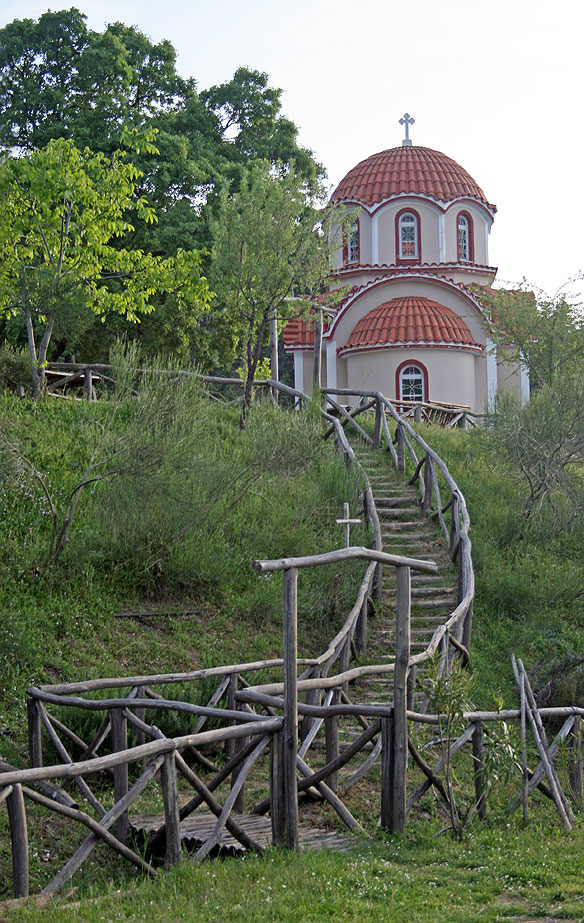 To best comprehend the Fall of man, it is necessary to start with what the Holy Fathers say, that the soul is noetic and intelligent, that is, the soul contains both nous and reason and these move in parallel. The nous is distinguished from reason in that the nous is the eye of the soul, the focus of attention, while reason is verbal and articulate and formulates thoughts through the brain. Thus, if the nous moves according to nature, which means it is healthy, reason is also healthy and the spirit, that is love, is healthy too. If the nous is not healthy, man is ill both in his reason and in his love. The malfunctioning of these two powers, nous and reason, causes illness.

Before the Fall, Adam lived in a natural condition. His nous was directed to God and received Grace from Him, while reason was subordinated to the graceful nous and, therefore, functioned normally.

The Fall, which constitutes the true illness, is in reality the darkening of the nous. The nous was darkened, lost the Grace of God, and spread darkness to the entire man. By the Fall of man we mean three things in the Orthodox Tradition: First, the nous was darkened and stopped functioning normally. Second, the nous was identified with reason and reason became the center of man. Third, the nous was enslaved to passions and to outside conditions. This was man’s spiritual death. And, as is the case when man’s eye is hurt and the entire body becomes dark, when the eye of the soul, the nous, is blinded, the entire spiritual organism is sick. It falls in deep darkness. Christ said: “If the light that is in thee be darkness, how great is that darkness?” (Matt. 6:23).

The darkening of the nous creates terrible abnormalities in man’s life. It brings about a devastating breakdown of his entire spiritual composition. Among other things, man makes an idol out of God, for God becomes a creature of logic; man exploits his fellow beings for pleasure, ambition, and avarice and views the world as a quarry that has to be subjugated to his own individual needs.

Thus, we realize that all problems, social and interpersonal alike, are inner; they refer to the illness of the soul, the loss of divine Grace. When man’s noetic energy is not functioning well, we observe many anomalies. All passions revolt, and man uses both God and his fellow man to consolidate his own individual security and happiness. He is then continuously under stress, thinking he is in a prison.

The whole series can be viewed here: The Church as a Therapeutic Center