What is the greatest glory of Saint Paul the Apostle? What was the greatest of God’s gifts to him? Why should we call him blessed and envy him? 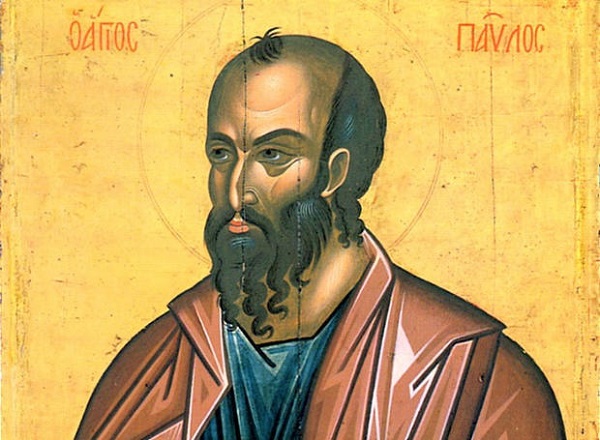 ‘The hands of Saint Paul weren’t so worthy when he cured the cripple in Lystra as they were when they wore manacles. Don’t be surprised that the snake bite didn’t affect him after the shipwreck off Melita*. The snake simply had respect for his chains. This is also how he escaped the waves of the sea: the sea also respected his shackles, since he was being taken prisoner to Rome’.

‘Paul doesn’t please me so much when he’s performing miracles as he does when he’s suffering for Christ. If I were to be asked whether I’d prefer the gift of raising the dead or the opportunity to be fettered for Christ, I’d choose the chains’.
***

Today there’s no danger of being cast into chains for Christ. Unfortunately (according to Saint John Chrysostom), it’s highly unlikely that in our day and age we’ll be awarded such a gift.

We do, however, see other ‘prisons’ multiplying around us, different from those in which they lock up condemned prisoners. These are ‘enchainment centres’, where people go of their own free will to learn how to put chains on themselves. These centres are the slimming institutes, the detox facilities for drug abusers and alcoholics, and -recently- for gamblers. Lots of people go to these ‘prisons’ of their own free will, because they’ve realized that:

***
Long before Saint Paul was found worthy of being fettered for Christ, he struggled hard to bind himself with the ‘chains’ of obedience to the will of God. He fought to bind his passions, as he confesses to the Corinthians: ‘ But I discipline my body and keep it under control, lest after preaching to others I myself should be disqualified’ (I Cor. 9, 27).

Having, then, come to love the ‘shackles’ of the Lord’s commandments, he acquired the only real freedom: ‘the freedom of the children of God’. This is why he felt every affliction and manacle borne for the sake of Christ to be an honour and accolade.

And he urges us to see these efforts and ‘chains’ as God’s greatest gifts to us: ‘For it has been granted to you by Christ that you should not only believe in him but also suffer for his sake’ (Philip. 1, 29).

*Melite or Melita (Μελίτη) was a common toponym in the ancient Greek world and a name of several female characters in mythology. Older translations of the Bible referred to it by this name, but then, around 1900, it was changed to Malta. However, a German sailor and researcher, Heinz Warnecke, came to the conclusion that the island was actually Cephalonia. In 1987, he published a dissertation, ‘Die tatsächliche Romfahrt des Apostels Paulus’, (The Real Journey of Saint Paul to Rome), in which he sets out his arguments, many of which seem to be of interest. For example, he questions whether Phoenix was a ‘harbour of Crete’ and suggests instead ‘a harbour for Crete’ placing it on the south-west coast of the Peloponnese. This sounds a little far-fetched, but in Athens today, the railway station where one departs for Larissa is called ‘the Station of Larissa’ and is just over the road from the ‘Station of the Peloponnese’ [WJL].