Sin and Sickness: An Orthodox View (2)

We have another instance where the righteous suffer without guilt, as in Job and Tobias. In these cases the answer is provided by Scripture itself: the aim is to manifest the loyalty of the believer and to glorify God’s name: ‘May the name of the Lord be blessed’.

There is also the prophetic/eschatological perspective of sickness, as we might call it. The Servant of Yahweh in Isaiah bears the sicknesses of the people of God and suffers with the aim of atoning for the sins of his people (Is. 53, 4). 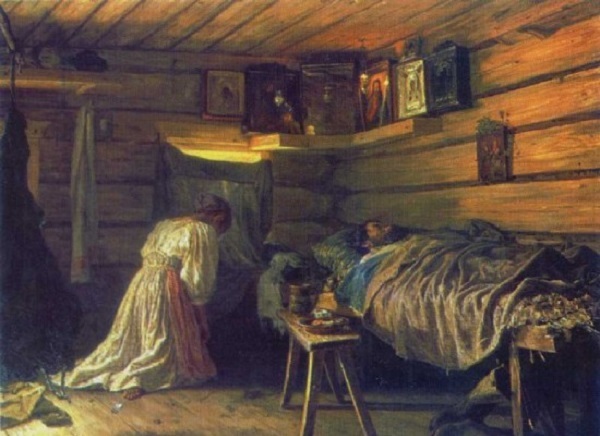 We should mention that, in the Old Testament, it is nowhere forbidden to have recourse to medical science for the healing of sickness. On the contrary, in the Wisdom of Sirach, the doctor is an honoured personage, not only in terms of his professional usefulness, but also as the incumbent of a capacity favoured by God Himself (‘for the Lord made him’). However this may be, there is a clear preference for referring sickness to God and seeking healing from Him Who is recognized as the Lord of life. People confess their errors humbly, bewail the wretchedness into which they’ve fallen and await grace and mercy from God. In this way, healing is a sign of the presence of God.

Despite its pedagogical nature, sickness never ceases to be considered objectively as something evil and its complete expunction is envisioned only through an eschatological prism. At the end of time, when God renews the world, the cause and its effect- sin and sickness- will both be erased.

Jews at the time of the New Testament largely continued to live in the state we’ve just described. The instance of the paralytic at the pool of the Sheep Gate and the question of the disciples about the blind man: ‘Lord, who sinned…?’ more or less confirms this view of the triptych of sin-sickness-divine intervention.

The presence of Christ, however, demonstrates a shift towards a difference in practice and also in perspective. Christ responds directly to those who are ill. He has mercy on them and cures them, liberating them from the shackles of sickness. It’s important to note that there are cases where the sickness has to do either with the pathology of the body; sickness of the soul, such as demonic possession; or a combination of the two, as in the case of the woman bent to the ground. The combination of sin and sickness appears to be present in the instances where Christ heals and, indeed, is pointed out by Him. We have here, however, another factor, which we cannot gloss over. Christ first cures and only then adjures the person to ‘sin no more’. What He wants to see first is faith, confidence in His person, not remorse. Repentance, as a turning away from the life of sin towards real life was requested after He’d given His grace and gift. He desired it as the result of the participation in His love. As an inspired condition, not as something imposed by necessity. For Christ, those who are sick have already undergone a great deal of torment. It’s no part of His intention to add to this. He wishes to liberate them, to give them wings, to fill their soul with hope and urgency, so that repentance can be the product of freedom.

In instances such as that of the woman of Canaan, or the father of the son who was possessed, He seems to make things more difficult, not so much for the sick persons themselves, but in order to instruct other people present, and, in particular, those among the circle of His disciples. And we should also take note of something else, which is equally important. The Biblical narrative indicates that Christ liked to cure sick people when third parties asked this of Him. In other words, when the request for healing was offered by a neighbour, especially from a sense of humble courtesy, as was the case of the centurion. This was even more the case when the neighbour came from a different social class, nation or race and so on. In other words, Christ passes on some of His therapeutic power to the persons requesting help, when they’re imitators of Him in expressing the double commandment of love, through humility towards God and charity towards a fellow human being.