The feast of the Dormition of the Theotokos was majestically celebrated at the Holy and Great Monastery of Vatopaidi headed by his Eminence Metropolitan Alexios of Atlanta. 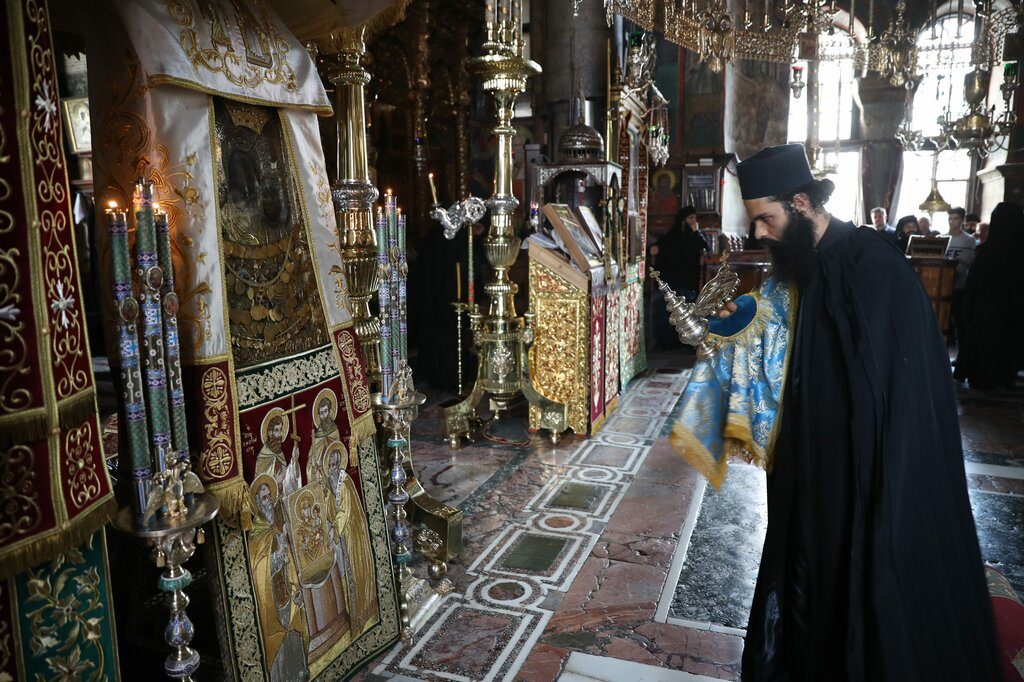 During the all-night vigil, at the regularly scheduled festive treat offering in the monasteries meeting hall, his Eminence and the Abbot of the monastery Archimandrite Ephraim spoke to the attendees regarding the significance of the feast. 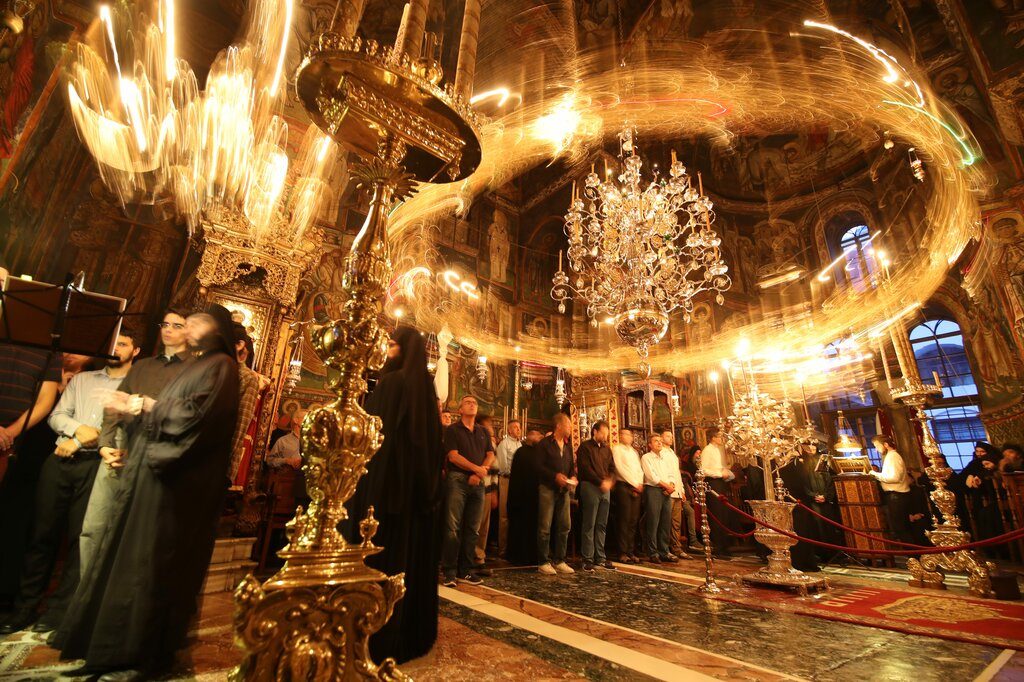 Also in attendance was the well-known American actor Mr. Jonathan Jackson, having earned 5 Emmy Awards during his career, who has converted to the Orthodox Church. 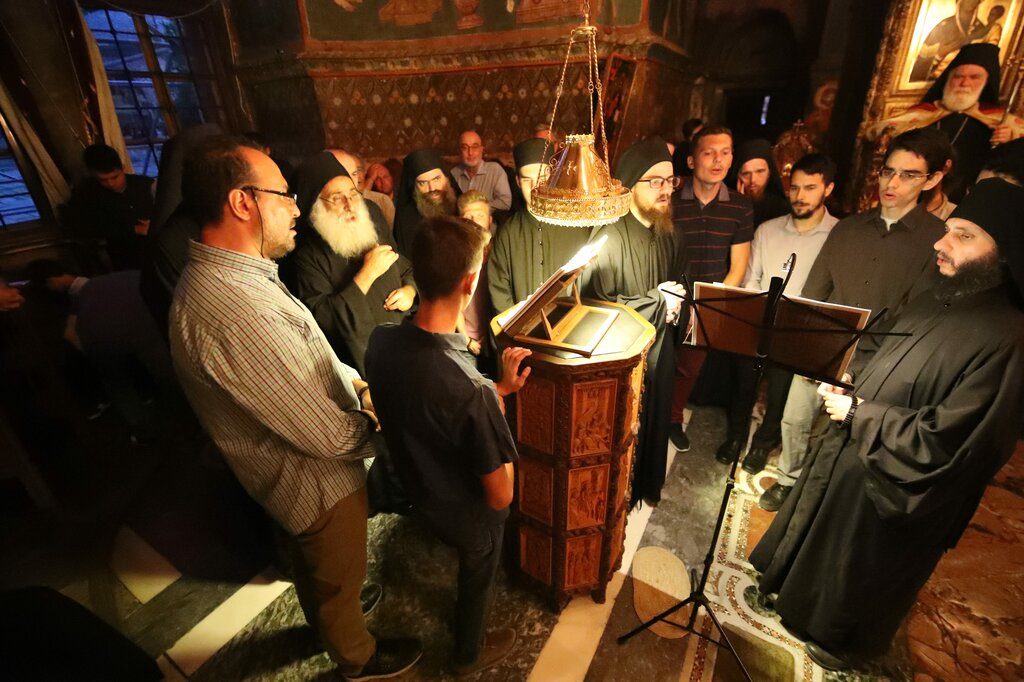 When his turn came to speak, he very movingly dedicated his 5th Emmy award which he won in 2012 to Panagia, the Mother of God, in which he had thanked all of the monks of Mount Athos for their prayers for the whole world during his acceptance speech. 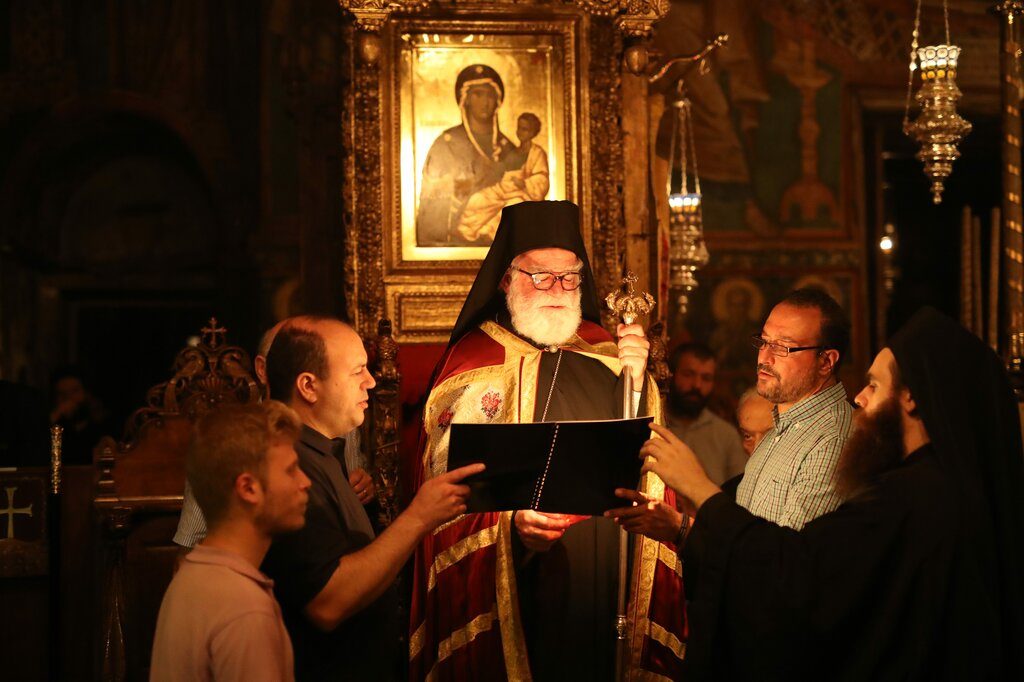 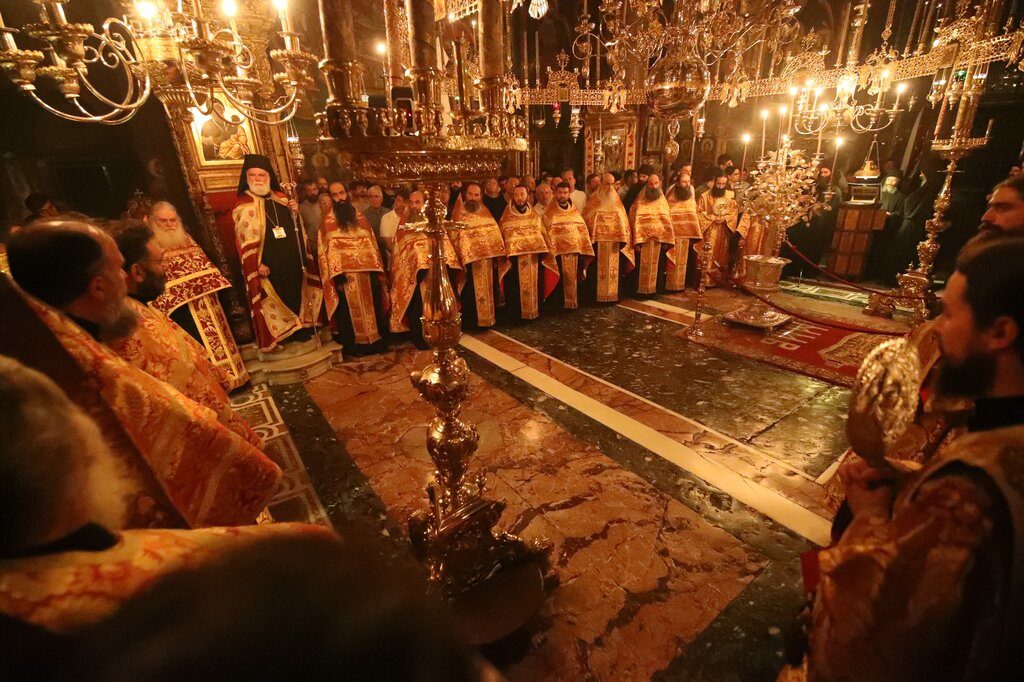 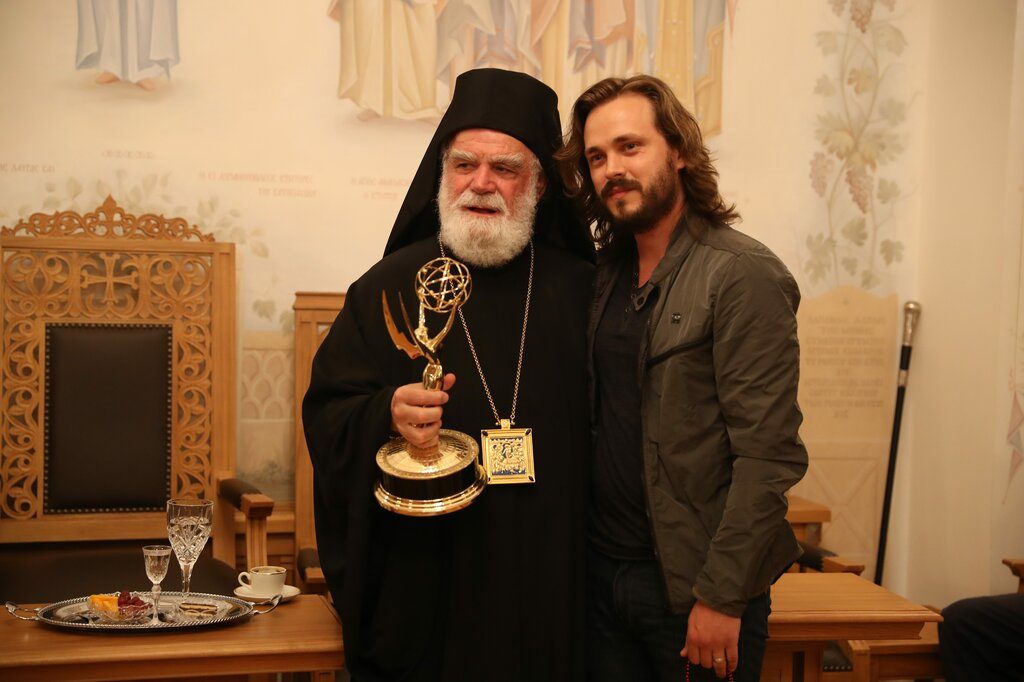 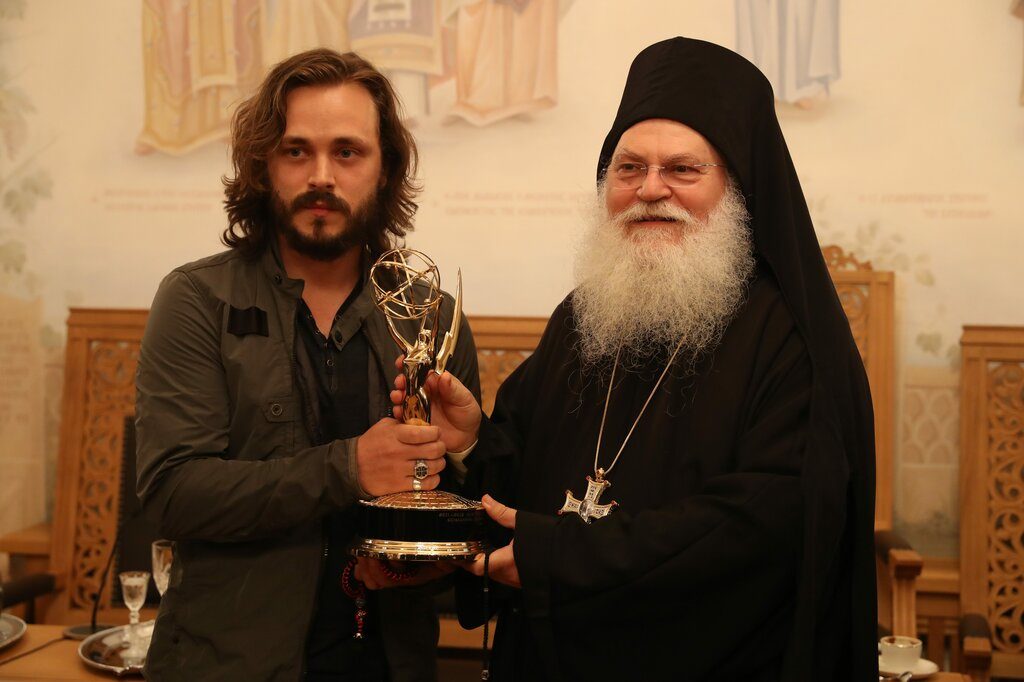 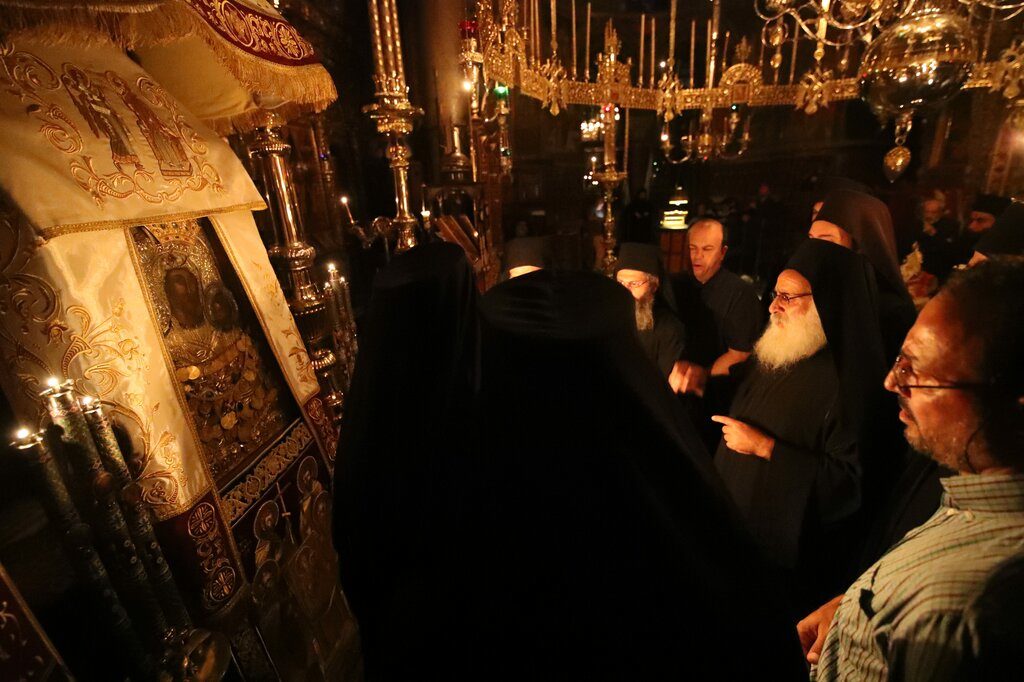 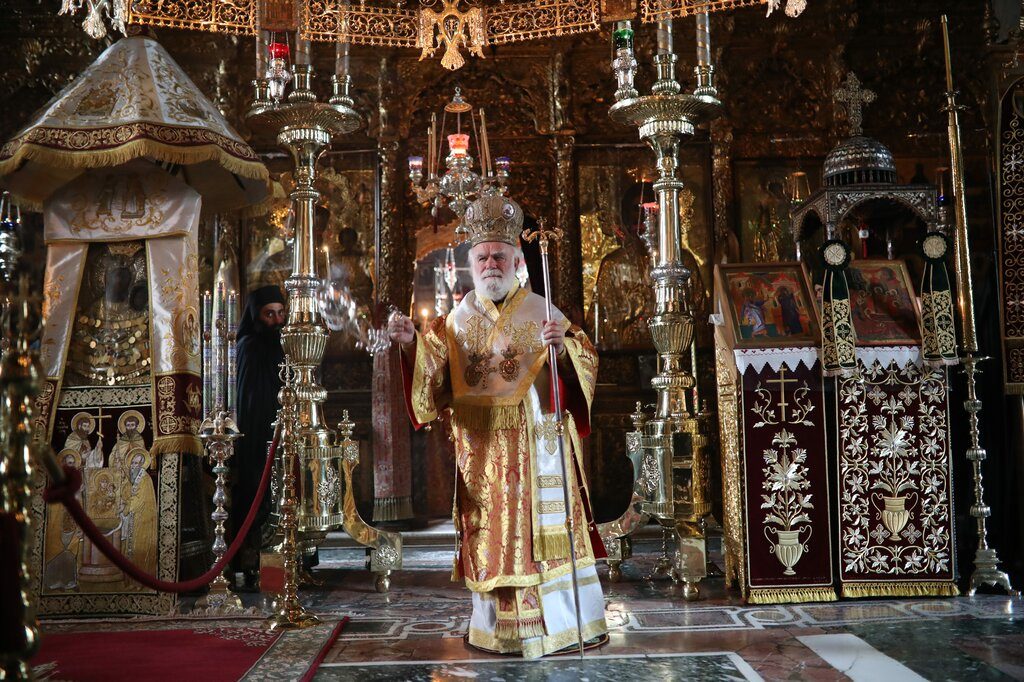 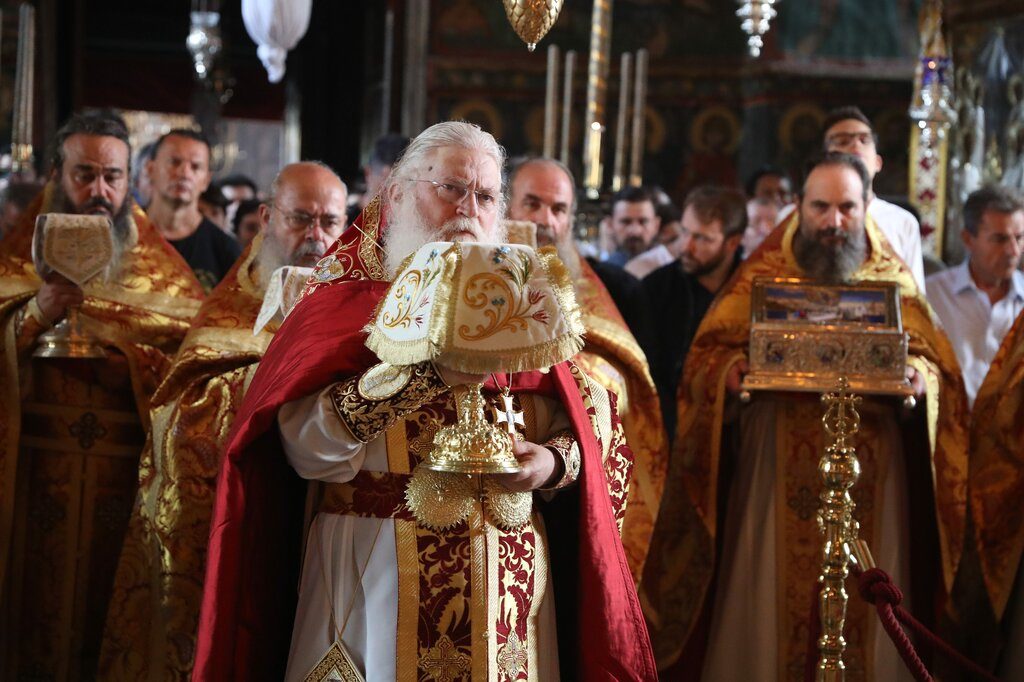 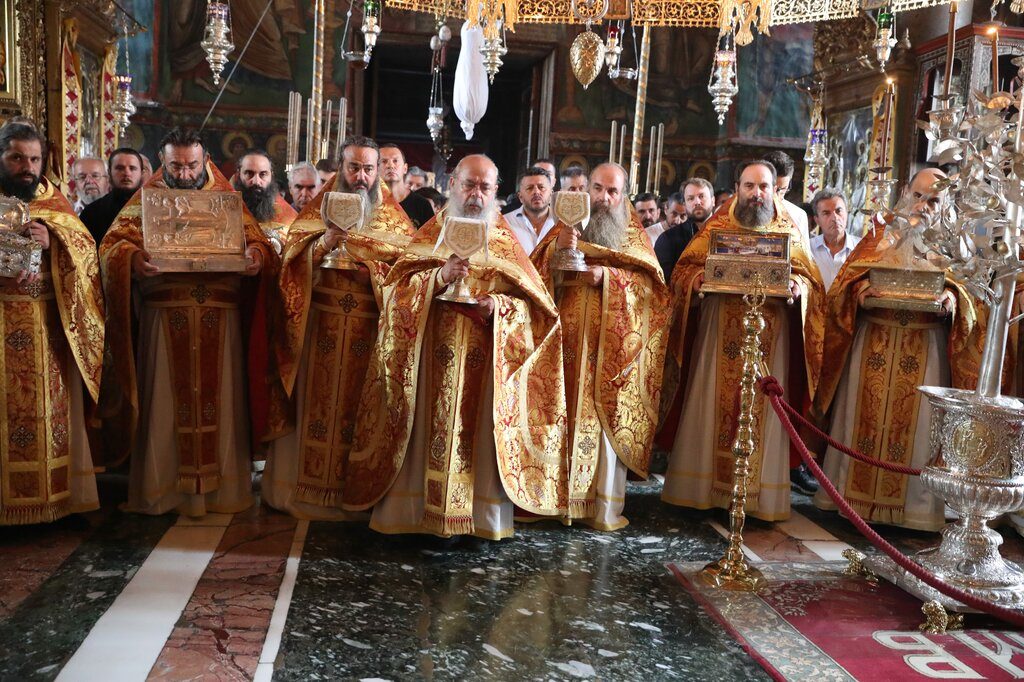 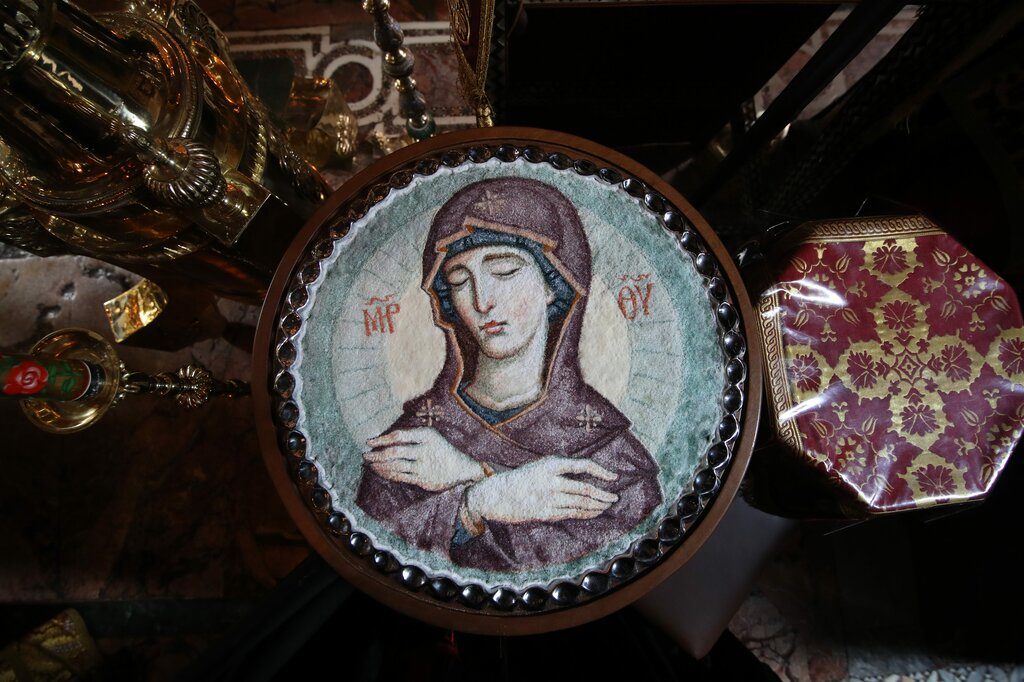 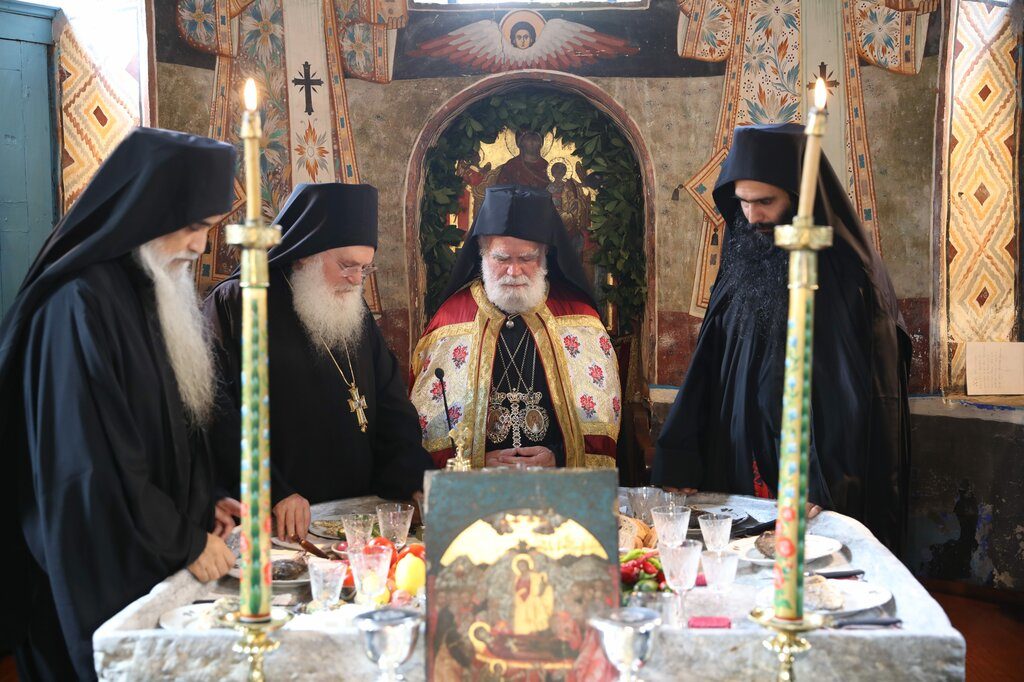