Submission to the Will of God

In today’s Gospel reading, we see the call, the invitation from Christ, to three disciples, Peter, James and John (fishermen from Judea unknown to Him at that time), at Lake Gennesaret. Jesus uses Peter’s boat and makes a pulpit of it in order to preach to the people. Wherever Jesus comes into our life, everything becomes a pulpit for confessing His divinity, His almighty power and His peace.

The fishermen were exhausted after a long, fruitless evening’s work, during which they’d caught nothing, and then along came Christ and urged them to try again. He spoke to them with certainty and assurance. They were somewhat reluctant: ‘Master*, we have toiled all night and caught nothing; nevertheless at your word I will let down the net’. So, at the Lord’s command they fished and caught so many that the net began to tear. A great draught of fishes. They loaded two boats, which then began to sink under the weight. Their submission had been rewarded. Peter was astonished and nonplussed: ‘For he was astonished, and all who were with him, at the catch of fish which they had taken’. He fell to his knees and asked Jesus to depart, because He made him aware that he was a sinner. 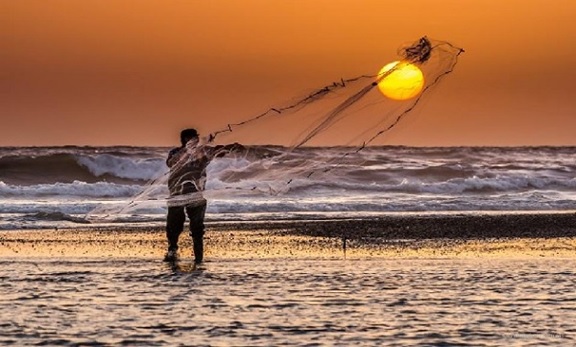 Peter recognized that Christ was not simply a prophet, but the Lord Himself, ‘who searches the hearts and reins’. According to Metropolitan Nikolaos of Fthiotis, ‘Peter came to himself and recognized his sinfulness, which is why he asked Him to leave the boat- in case his sins reduced the majesty of His divinity. He felt unworthy to play host to Christ’. Jesus sets his mind at rest, however: ‘Do not be afraid; from now on you will be catching people’. In other words, from now on you’ll catch living men and women in the nets of your message and will bring them to the kingdom of heaven’.

Peter had self-awareness, naturally the first and most necessary element in repentance. This virtue was very much to the fore in his life. He recognizes his mistakes and his weaknesses. He was one of the Lord’s beloved disciples. This is why, in the eleven appearances of the Lord after the Resurrection, special mention is made of Peter. As we know, Peter holds the keys to the Kingdom of God. This underscores that the key to the Kingdom of God is self-awareness.

Saint Theofylaktos, Bishop of Bulgaria, interprets in an allegorical fashion the things which play an important role in today’s Gospel reading (the Gospel, fish, the boat, and night). Peter represents the teachers of the Law. These teachers worked all night before the Lord appeared and caught nothing. Night is all the time which passed before Jesus’ coming. When Christ arrives, it becomes day: the Apostles, by obeying the Lord’s command, take the place of the teachers of the Law and catch a whole host of people. None of the Apostles is able to lift the nets with the fish but they call others and together they’re able to manage the catch. They represent all those who, at various times, interpret Apostolic teaching and work together with the Apostles to ‘catch’ people. And note the phrase ‘they cast nets’. The Gospel is the net, an ordinary, innocuous word which suits those who use it and what they do with it- throw it into the sea. But if one were to say that ‘they cast their nets into the sea’ is an expression which has a depth of meaning, this, too, would not be wide of the mark. It fulfils the word of the prophet who says: ‘Behold, I will send for many fishers says the Lord, and they shall fish them; and afterward I will send for many hunters, and they shall hunt them’ (Jer.16, 16). By ‘fishers’, is meant the Holy Apostles, while ‘hunters’ are those who head the Church and teach in it at any given time. 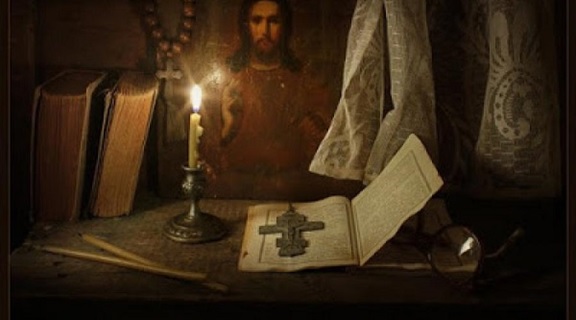 With each of His miracles, God wants to remind people: in the first place, that He’s monitoring the world, governing it with His all-powerful will and wisdom; and, secondly, that people can do nothing without Him. No effort can bear fruit without God’s help. No accumulation of goods or riches will come to anything without God’s blessing. If any human wisdom is contrary to God’s Law, it’s impossible that it will do any good on its own. Even were it to do good for a certain time, it would still not be human wisdom achieving it, but God’s mercy, which never abandons even His harshest enemies. God loves people; He doesn’t take revenge. He puts up with us and awaits our repentance. He wants ‘all people to be saved and come to knowledge of the truth’.

In accordance with the provisions of God’s plan for our salvation, Christ chooses people who wish to follow Him, with the aim of becoming His disciples.

This Gospel reading’s full of lessons for us, just as the fishermen’s nets were miraculously full of fish. If only people today could take from it at least the lesson of submission to God’s will. All the other lessons would then follow on from that and all the good things that the human heart desires would be caught in the golden nets of obedience, as in the Gospel. Submission brings us freedom from care, because worry is spiritual tuberculosis which, from starting out as a small microbe, poisons our whole life, soul and body, eventually causing our death. So the cares of life, like another microbe, eat away at us, at our soul and cause our spiritual death.

Submission to God’s will humbles us, and humility neutralizes all temptations. The devil cannot tolerate being near humility. The demons, temptations and passions are to be found where there’s pride and egotism. This is why obedience is a virtue full of Grace: because we’re armed with so much humility when we submit consciously for the love of Christ.

Let us therefore strive to acquire this great virtue of obedience. When we say obedience, we don’t mean submission to the siren-calls of the dramatic events we see on a daily basis, the demagogues who think they can make people their puppets, but submission to God’s will, obedience to our spiritual guide. I pray that all of us will acquire this virtue and so gain the kingdom of heaven. This is our purpose here on earth: to gain entry into Paradise.

* ‘Master’. This seems to be the most popular translation of the word used by Peter. We don’t, of course, know what he said in Aramaic (or Hebrew, which was more widely used in daily life than was once thought), but the Greek (epistatis) doesn’t really mean ‘master’. It’s ‘overseer’ or ‘foreman’, that is, a position directly linked to a work position. It seems to me that there’s a slightly different way of reading this. The men are tired, and along comes this stranger and tells them how to do their job. This is the first time we meet Peter, but his reaction is completely in character. Initially he’s dismissive: ‘Look, boss, ‘we’ve been working all night, we’re tired and we’ve caught nothing’. A pause. Something about Jesus’ manner makes him think again. ‘All right then’, resignedly, ‘if you say so. Let’s do it’. Afterwards, when Peter tells Jesus to depart, he changes his attitude and calls Him ‘Lord’ (kyrios), that is, the form of address from a servant to his master. [WJL].