Do you Judge with Love or Misanthropy?

From Homily XIII on the Gospel of Saint Matthew

If you forgive your neighbours, before you free them of any burden, you release yourself from your sins, without any effort. And if you examine the sins of others with charity and leniency, by this judgement you store up a wealth of forgiveness for yourself.

What then? Suppose somebody fornicates, should I not say that fornication’s bad, should I not correct someone who’s performing disgusting practices? Of course you should, but not as if they’re opponents, or enemies who deserve vengeance, but rather as a doctor who mixes medicines. We’re supposed to restrain those who sin, but not to judge them. In other words, you shouldn’t be a strict judge. And, as I’ve said before, this was said not about important and forbidden things, but about things that aren’t even considered sins. The Lord said: ‘Why do you see the mote in someone else’s eye, but not the beam in your own?’ Because a lot of people do just that. If they see a monk with more than one garment, they invoke the Lord’s law, but they themselves are grasping and give themselves over to greed every day. 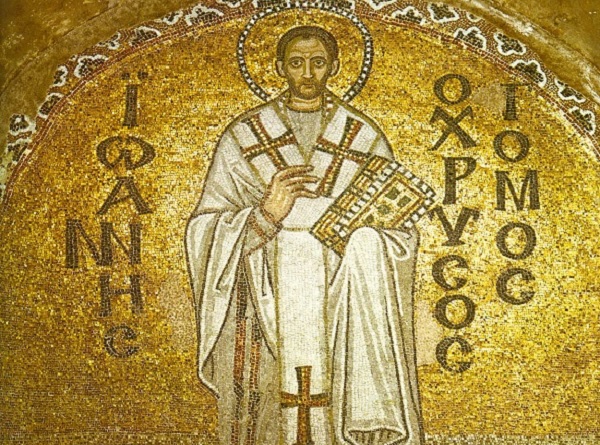 And if they see someone eating more than their fill, they become harshly censorial though in their daily lives they’re drunkards and live loosely. They don’t realize that, apart from their own sins, through their actions they’re storing up fiercer fire for themselves and eradicating any defence they might have had.

It was you who established the law that people should examine themselves carefully when you did the same with the errors of your neighbour. So don’t think too harshly of them, because the same will happen to you.

‘Hypocrite, first remove the beam from your own eye’.

In saying this, the Lord wants to show His great anger towards those who behave like this. Every time that He wants to show that a sin is great and that the punishment and anger for it will be great, He begins with hubris.

Just as He said about the man who demanded the hundred dinars: ‘Wicked servant, I cancelled all your debt’ (Matth. 18, 32), so, here, He begins with ‘Hypocrite’. Because this type of judgement doesn’t derive from genuine interest, but from misanthropy.

These people wear the mask of caring for others, but they act very wickedly, by apportioning to other people unnecessary curses and charges, by taking upon themselves the position of teacher, whereas, in fact, they shouldn’t even be pupils. This is why the Lord called them hypocrites. Because you, who are so severe when it comes to the minor transgressions of others, are so indifferent to your own that you ignore the major ones. ‘First remove the beam from your own eye’. 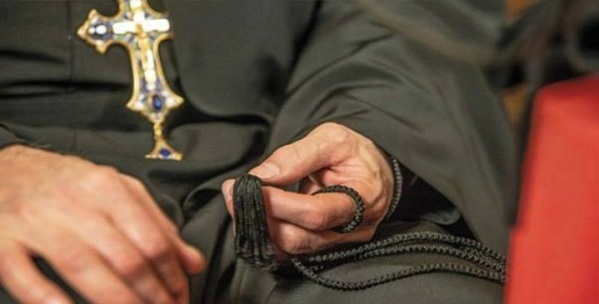 You see, He doesn’t forbid us to judge others, but urges us first to remove the beam from our own eye and then try to correct the transgressions of others. Because we know our own faults better than those of others. And we see the big things more easily than the little ones. And we love ourselves more than we do our neighbours. So if you’re doing it out of loving care, start with yourself rather than with your neighbours. If, on the other hand, you’re indifferent to yourself, it’s more than obvious that you’re judging others not out of caring for them, but because you hate them and want to make a mockery of them.

If there’s any cause for them to be judged, it shouldn’t be you who does it, but He Who never committed a similar sin….

This is why He said: ‘Woe to you, Scribes and Pharisees. He wasn’t guilty of any such sin, since He didn’t remove the mote, nor did He have a beam in His eye. Because He was clear of all this, He could correct the sins of others. As He says, you shouldn’t judge others when you’re charged with the same sins.

And why do you wonder that He wanted this law, when the robber on the cross recognized Him, saying to the other robber: ‘Don’t you fear God? Aren’t we here for the same reason?’, thus preaching the same message as Christ Himself.

Yet you, with your own beam, don’t even see it, let alone remove it; whereas you not only see the mote in the other person’s eye, but your reach a judgement and try to get it out.

Like someone suffering from a terrible case of dropsy or some other incurable disease and who’s indifferent to it, but condemns someone else for being indifferent to a slight swelling.

If it’s bad for us not to see our own sins, it’s twice or thrice as bad to judge other people, since we’re walking around unaware of the beams in our own eyes. Because this sin [of judging others] is more serious than any beam.