Bibikhin’s positions in the energy problem are close in many points to the positions by Heidegger (he was the translator of Heidegger’s principal works in Russian, and his general philosophical standpoints were also close to Heideggerian ones). Heidegger did not discuss Palamas’ teaching; but the very scale of his thought as well as his fundamental studies in the energy problem embracing all its historical stages prescribe the horizon and level for the contemporary vision of the problem and make it necessary to take them into account. First of all, as mentioned above, Heidegger states that the energy problem is of key importance for ontology and for philosophy as such; cf., e.g.: “For Aristotle the question about dynamis and energeia is not the question about categories… it is the question about the entity (das Seiende) as such… to question about dynamis and energeia is exactly what genuine philosophizing is”[18]. The base for the comparison with the positions of Orthodox energetism is provided mainly by the lecture course of 1931 devoted completely to the uniquely scrupulous analysis of several pages of Aristotle’s “Metaphysics” (Book IX, ch.1-3) where the relation between capability and actuality (energeia) is treated. The principal theme of this analysis is the same as the theme put later into the centre by Bibikhin: the character and limits of the connection of dynamis and energeia with motion. Heidegger develops a generalized understanding of this connection, according to which the connection in question includes necessarily also the connection with immobility and rest. Discussing one of the Aristotelian examples of capability, “what can walk does not walk, and what can not walk walks” (1047 a24) he reasons as follows: “What has the capability to walk, but does not do the walking, how is it actual as the capable? The not-walking considered from the side of motion is the rest, immobility. So this immobility allows us to catch the characteristic presence … of the capable as such? Surely, it is a necessary moment, but it is not sufficient… The immobility of the capable-to-walk as such is obviously conceived as a certain way of that movability, to which it has the capability as the capable. Thus the actuality of the capable is co-determined by the possessing-the-capability (vermögbar) actuality, which brings itself into actualization… 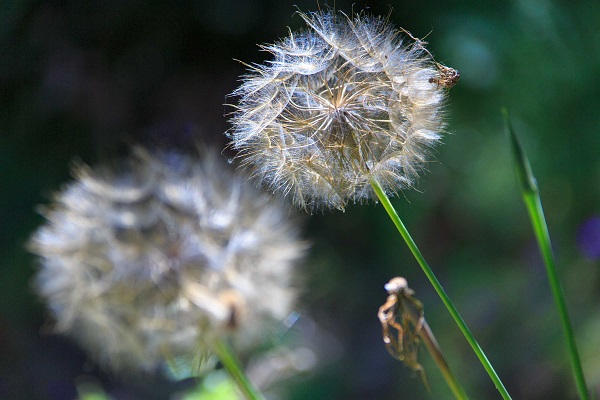 How should we conceive this co-determination, the fact that the possessing-the-capability actualization in the way of its actuality is translucent (hineinstrahlt) in the actuality of the capable as such?”[19] Heidegger shows that the rest is related to accomplishment and actualization, and he illustrates the character of this relation by an example describing an immobile sprinter before the start, when he is completely in perfect readiness, in the “state to run” (im Stand loszulaufen). He discusses such a state again in 1936, in the program text “Der Ursprung des Kunstwerkes”, and here he finds very clear formulas: “The rest is such opposition to the motion that does not exclude the motion, but includes it into itself… If the rest absorbs the motion, then such a rest is possible that will be the inner concentration of the motion, i.e. it will be the highest mobility”[20]. His reasoning makes it clear that the rest, and the accomplished actualization play the decisive role in the conceptual contents of both dynamis and energeia. As a result, we may conclude that the Heideggerian treatment of energy as well as the later treatment by Bibikhin follows essentially the Aristotelian conception and sticks firmly to the ontic primacy of energy of the rest. One can suppose that the thought on energy in the work of these authors was advancing to a certain new ontology of radically nonclassical character; some contours of such ontology can be seen or rather guessed in philosophy of the event (Ereignis) of the late Heidegger.

As for Orthodox theology of energies, one can see in it the approaches to its own original conception of energy, which integrates the principle of energy into personal being and draws on the experience of the hesychast practice. Such conception cannot coincide fully with either Aristotelian or neoplatonic conception. However, it has no proper philosophical concept of energy so far. Advancing to its creation, it is necessary to take into account both the ancient Greek foundations of the idea of energy and contemporary studies that we have briefly described.

Now I must say if only a few words on the problem of personality. From the philosophical viewpoint, the personalist perspective so consistently advocated by Meyendorff offers a new nonclassical paradigm of the constitution of man, a new personological and anthropological model. In his presentation of this paradigm and model Fr. John is not a discoverer, he follows the line of the modern Orthodox theology of personality developed by many authors, the first of which were L.P.Karsavin, V.N.Lossky and G.V.Florovsky. In the philosophical aspect, this line presents the conception of personality, which proceeds from principles of patristic theology and is based on the identification of the notions of personality and divine hypostasis: “Personality is… the divine principle and God Himself”[21], – wrote Lev Karsavin, one of the originators of the present stage of this conception. Taking into account this principal distinctive feature of the latter, I call it the theocentric personological paradigm (TPP; Meyendorff uses a close term, theocentric personalism), as distinct from the anthropological personological paradigm (APP) elaborated in classical metaphysics and applying the notion of personality to human individual.

A concise description of the TPP at its present stage can be found in my recent work[22]; here I say only that Meyendorff discloses and stresses, in the first place, the energetic character of the TPP. This character represents its second principal feature. Man in his relation to God is presented here as an energetic formation: as Meyendorff puts it, the key property of created nature is that it is endowed with “its proper energy, its proper purpose and its proper dynamic identity” as well as “its proper goal (skopos), which consists in striving for God, entering into communion with Him… The true purpose of creation is… communion in divine energy, transfiguration, and transparency to divine action in the world”[23]. In fact, these words express the energetic contents of the TPP in its part relating to man: man acquires his own personality and identity partaking energetically in personal divine being. Evidently, there is here a certain paradigm of the constitution of man: structures of man’s personality and identity are formed up by divine energies, the encounter with which man strives to achieve in synergy. It is also evident that it is an ontological and energetic paradigm, and both these properties make it radically different from the human constitution in the APP: in classical metaphysics man is constituted in the process of his actualization of the universal essence of man. The “essence of man” as well as “subject” and all others basic concepts of the APP are not used here at all, which means that Orthodox personalism and energetism develop completely nonclassical paradigm of the human constitution. The key principle of this paradigm is the “openness upward” (by Palamas’ expression) of man: man forms up his constitution in the unlocking of himself and directing all the energies of his being towards God.

Another property of this paradigm, the importance of which is stressed frequently by Meyendorff, is its “holistic” or “integral” character: the actualization of the constitutive relation of man to God should be performed by the whole human being, and not just by man’s mind or consciousness; all levels of the human organization including the bodily ones, are involved in this actualization. Meyendorff wrote much on this subject, opposing holistic “Biblical anthropology” and dualistic pagan anthropology and developing Palamas’ thesis that “body together with soul treads the spiritual path”. In the framework of the TPP a certain original hermeneutics of human body emerges, and it attracts attention in modern secular society since the issue of human body is one of the most topical and actively debated in modern culture.

The new non-classical approach in personology and anthropology opened by Orthodox energetism is undoubtedly of interest in the present philosophical situation. As said above, after the “death of the subject” we find in the focus of the attention of contemporary postclassical thought the personological (and epistemological) question: Who comes after the subject? It means that this thought turns actively to the problems of human personality and identity, trying to find new foundations and new discourse for all this field of problems. Doing this, it declines the strategy of constructing new abstract theories; the key task is seen now as follows: one must put into the focus of philosophical reflection all the total fund of past and present anthropological experience in order to discover and identify in it new personalistic formations and modi of subjectivity. Today such search for non-classical modi of subjectivity has already brought some results, the most significant of which belong to poststructuralist anthropology of Foucault and Deleuze. The special attention should be paid here to the theory of the “practices of the self” of the late Foucault. In this theory the profound analysis of stoic and other anthropological practices of late antiquity leads to a very general project of non-classical anthropology. Both logics and methodology of this project have obvious resemblance to Orthodox personology relying on hesychast experience: in both cases the core of the personological conception is the paradigm of the constitution of man in some practice of strictly directed holistic self-transformation (although the choice of the basic practices is different, and Foucault’s paradigm does not include any ontological transcension) . It should be noted, however, that the drawing of energetic conceptions into the Orthodox approach enriches anthropological discourse considerably, opening additional possibilities to see personalistic structures in their dynamics. For example, in the personological aspect, the patristic paradigm of the perichoresis can be interpreted as the ideal paradigm of personal identity: evidently, in their personological contents, the perfect mutual interpenetration and exchange of being mean complete mutual ascertainment and confirmation, which is the basis of personal identity. Thus we have here a concrete model of perfect and complete identity, the Trinitarian identity, to which all other paradigms of identity can be compared. Obviously, the presence of such model is valuable for contemporary personology, even secular one.

Thus we see that Orthodox conceptions of personality and energy lead to new non-classical anthropology based on the energetic paradigm of the human constitution; and so they can make a valuable contribution to the anthropological search of contemporary philosophy. The active propagation of postsecular ideas that takes place today removes gradually ideological barriers and stops conflicts and confrontations, which used to create obstacles to the collaboration between secular and religious thought. The postsecular context possesses useful collecting and uniting capacity, and in the postsecular dialogue that unfolds now in the space of contemporary culture the ideas and fruits of the work of Fr. John Meyendorff can find their new life.

[24] The detailed comparison of the conception of practices of the self and contemporary Orthodox personology is presented in my work: S.Horujy. The last project of Foucault. Practices of the self and spiritual practices // Id. Diogenes’ lantern. A critical retrospection of European anthropology. Moscow, 2010. P.492-684. The English translation of this text is now in print in Fordham University Press (USA).