The project of synergic anthropology: spiritual practice as the basics for a new conception of man (part 1)

What stands high on the agenda of modern philosophizing is radical anthropological reflection. The “overcoming of metaphysics” has been virtually completed in the last millennium, and together with classical metaphysics classical anthropology has gone that established the European conception of man based on three cornerstones: subject, essence, substance. Now all these three fundamental concepts are rejected, which happened, chiefly, due to the work of French thinkers of the last third of the 20th c. Evidently, anthropological reflection took place here, and it was intense and radical up to the limit. It presented harsh criticism of the foundations of European anthropological thought and aimed at their total deconstruction, and it accomplished this mission very successfully. Such a result could not be the end of the matter, however. Anthropological reality continues to exist and, what is more, it undergoes cardinal changes which affect all other levels of global reality and need urgent understanding and interpretation. Thus anthropological reflection is needed again, but now it must develop in a constructive rather than deconstructive key. It must outline a new vision of man and provide a proper discourse for expressing this vision. 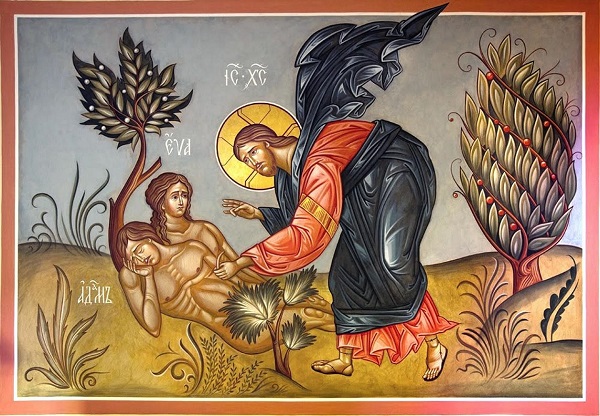 How to advance to this? After parting with metaphysics we cannot think that the “reflection in a constructive key” should create some new theory or system by means of a syllogistic process using abstract essentialist concepts. Together with classical metaphysics the classical type of philosophizing, the Aristotelian essentialist discourse, goes off as well, and the concept of essence loses its status as a generating principle of the philosophical discourse. As a result, anthropological reflection cannot rely on its former discourse and conceptual fund; in Heideggerian terms, it must put up another beginning for itself. In such a situation, there is the only way or strategy for anthropological reflection to be the reflection in a constructive key, with a well-defined content: it is the strategy expressed by the famous motto by Husserl, Zu den Sachen selbst! To the things as they are! It means the direct address to reality, to the world which are conceived as experiential reality and the world of the experience; and clearly, in our case this motto prescribes us to address anew to anthropological experience. The immediate further question is: how to realize such addressing? The addressing of mind to the experience is the description of this experience, but the description can be very different. Of course, the plain empirical description is possible which restricts itself to the simple fixation of the content of the experience. Evidently, it is not adequate to the task of the comprehension of anthropological reality, and also it is not in accordance with Husserl’s motto which is in no way the declaration of plain empiricism. Phenomenological description follows different logic which is oriented exactly to the comprehension of what is described, and it is this logic that we shall follow.

In the first place, this logic is based on an initial restriction of the field of the description. One must choose such a domain or such a kind of experience which is epistemologically transparent, i. e. admitting a comprehensive interpretation. In other words, one can say that a certain pure experience is looked for and selected in all the totality of the experience under consideration. With respect to this totality, the pure experience selected should serve as an initial base or a “tiny rescued bit”, to use Husserl’s formula, starting with and advancing from which the comprehensive interpretation should eventually include all the experience considered. Thus its selection is an important stage which determines to the great extent methodology and epistemology of the cognitive process that we are going to develop. Besides the condition of purity, this selection must satisfy one more condition. Clearly, the spreading of the comprehensive interpretation over all the field of total anthropological experience is not possible if we start with any arbitrary “tiny bit”. The initial base might turn out to be too narrow or too specific; for the possibility of a far-going advancement it should be sufficiently representative and full-fledged. As a result, a certain strategy for such advancement can be outlined. The first step of the anthropological reflection must be the selection of an initial complex of anthropological experience, the selection that should obey two conditions or principles, epistemological transparency and anthropological full-bloodedness. They are of the opposite character: the first principle which demands the purity of anthropological experience prompts one to make the initial base more narrow while the second one which demands that anthropological reality would be represented substantially enough in this base prompts one to make the base larger. In addition, it is impossible to give precise a priori formulations to these conditions and it is equally impossible to tell in advance whether a certain selected experiential block satisfies them. It means that the “strategy of the tiny rescued bit” is based on the intuition to the great extent and it includes unavoidable intellectual risk.

History of European thought contains striking examples of this strategy. To start with, the formula “the tiny rescued bit” has been invented by Husserl as a characteristic of the famous cognitive act by Descartes, the act in which the statement cogito ergo sum was deduced. According to Husserl, in this act “the tiny rescued bit of the world appears in our apodictic pure Ego as the only indisputable thing for the philosophizing Self”[1]. Here the strategy is realized brilliantly: the initial base is extremely narrow, and it is in no way evident that it is sufficiently representative for all the sphere of cognitive experience, but nevertheless advancing from this base Descartes develops with perfect confidence a whole new way of cognition which becomes soon the foundation of all European epistemology. Another success story is provided by Husserl himself. His global phenomenological project follows the strategy of the tiny rescued bit too, and in this case the initial base of pure experience is chosen as the experience of arithmetical and geometrical thinking. However, these examples are distant from our situation. Here the experiential field under consideration is not the totality of anthropological experience and, what is more, anthropological experience is not even singled out as a special kind of experience. As a result, the principle of anthropological full-bloodedness is absent here while the principle of epistemological transparency is treated in Descartes’ case completely and in Husserl’s case considerably in the framework of classical metaphysics (created basically by Descartes himself).

It is to this approach that we proceed now. In this case the selection of the initial base had to take into account, besides the two main conditions, several additional factors such as historical examples described above, the rejection of classical anthropology and active changes happening to modern man. As a result, our selection is the following one: the basic kind of anthropological experience is the experience of spiritual practices (the experience of man actualizing his relation to being), but, similar to Foucault’s case, the initial base of pure experience is taken to be somewhat narrower: it is the experience of a certain concrete practice, the Eastern-Christian hesychasm. Epistemological transparency is present here because hesychast practice is remarkable for its rigorous method, it is highly articulated and well reflected-upon. As for anthropological full-bloodedness, there is the fact in its favor that spiritual practice includes ontological and religious experience in which the man strives to the transcending of his mode of being. Nevertheless the fulfillment of this condition is not evident directly. However, it can be established a posteriori, at the later stages of the project.

[1] E. Husserl. Cartesian Meditations. St.Petersburg, 1998. P.82. (In Russian.)
[2] The detailed comparison of Foucault’s project and synergic anthropology is presented in my forthcoming book “Practices of the Self and spiritual practices: Michel Foucault and Eastern Christian discourse”. Fordham University Press, USA (in print).