The project of synergic anthropology: spiritual practice as the basics for a new conception of man (part 3)

3. The anthropological unlocking as the universal paradigm of man’s constitution

Our analysis of hesychast experience demonstrates its epistemological transparency. Now we come to the test of its anthropological full-bloodedness: is it possible to extend or generalize the principles found in hesychast anthropology to other domains of anthropological experience and eventually to the totality of the latter?

First of all, hesychast anthropology opens the way to general anthropology of spiritual practices (its basics are presented in my works[8]). The set of these ancient practices created by world religions is not big, but they are of considerable importance for understanding the phenomenon of man because they can be seen as schools of pure anthropological experience. The reconstruction of their anthropology is difficult since the majority of them belong to Eastern cultures whose spirituality and mentality use specific discourses alien to European conceptual thinking. Nevertheless advancing from the hesychast base, we can discern rather clearly their basic principles and structures. Each spiritual practice includes universal structural elements common to al the ensemble of such practices. Besides this common fund, there are, of course, great many structures and properties specific for a given practice; but it is important to note that the common fund includes the basic paradigm discovered by us in hesychasm, the paradigm of the constitution of man in the ontological unlocking (notwithstanding the fact that ontology as such is treated in Eastern systems in a radically different way). It means that, like hesychasm, all spiritual practices can be described and interpreted on the basis of nonclassical “anthropology of the unlocking”. 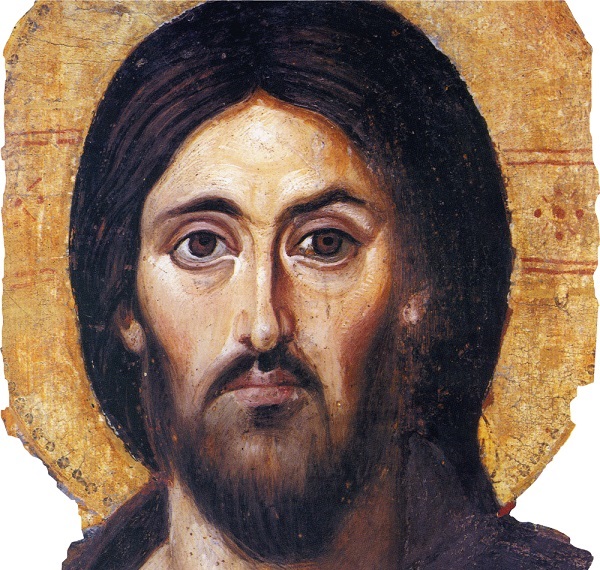 Besides the constitution generated by the unconscious, the ontical unlocking and ontical constitution can have other representations. For example, according to Heidegger the Nietzschean principle of the will to power also determines some ontical constitution of the man, and hence it follows that in the area (or topic, in terms of synergic anthropology) of the ontical extreme experience there exist at least two different domains, the Freud domain and the Nietzsche domain. As for the Ontical topic as a whole, synergic anthropology describes its basic structure by means of the concept of the “ontical clearance” (onticheskii zazor, in Russian). In a certain sense, it is a polar opposition to the Heideggerian concept of the ontological lighting (die Lichtung). Ontical clearance is the “place”, the locus of the Ontical Other; it is the zone in the present being inaccessible for man’s experience and arising when the ontological difference (the difference between the being and the essent) is eliminated and hence the ontological lighting is eliminated too. The effect of the ontical clearance can be described in two ways: as the influence of some ontically outer source of energy which forms up man’s constitution or as the change, equally constitutive for the man, of topology of the space of anthropological manifestations. The description of the ontical extreme experience (the Ontical topic) based on the concept of the ontical clearance also follows the strategy of the advancement from the “rescued bit”, but in this case, in addition to the initial hesychast base, we use as the base for the advancement the experience of patterns of the unconscious conceptualized according to Freudian and Lacanian psychoanalysis. It is worth to note that methodologically and epistemologically the topological way of describing ontical constitutions has some resemblance to topological anthropology by Deleuze and Guattari. (Similarly, as said above, in the Ontological topic our description of spiritual practices shares many methodological and epistemological features with the theory of practices of the Self by Foucault.)

The Man of the Unconscious (the Freudian Man) and other formations of the Ontical topic keep their dominance during the most part of the 20th c. These formations include also specific kinds of anthropological experience that arise under totalitarianism, both in its Nazi and soviet versions. One of characteristic features of the Freudian Man is the particularly big role of arts and artistic practices in his experience. This anthropological formation has the direct and close connection with culture of modernism. Modernist culture developed under strong influence of both theories and practices of psychoanalysis, and some of its trends such as surrealism even claimed that their main goal is to give expression to hidden influence of the Unconscious. This connection was studied in detail by Jacques Ranciere who came to the conclusion that “The territory of the works of art and literature can be determined as the estate, in which the unconscious is especially efficient”[9].

The further way of the Postclassical Man shows that he preserves completely his craving for extreme experience, for testing and transgressing all existing boundaries and bans and barriers. The impression comes that the man after giving up the ontological extreme experience (as the result of the secularization) looks insistently for the substitute of it. He tries all existing kinds of extreme experience and invents many new kinds, but he cannot find anything that would satisfy him. After the ontical extreme experience to the end of the 20th c. the dominance goes gradually to a new and large class of extreme practices: the virtual practices. The main subclass of them includes the goings-out into the computer virtual reality and the habitation in cyberspaces. However, it is impossible to describe all the variety of them because of the specific nature of virtual phenomena. Such phenomena are usual, i.e. actual phenomena which did not achieve their complete actualization and remained under-actualized. The under-actualization can mean, in principle, the absence of any characteristic of the actual phenomenon; and for this reason an infinite set of virtual correlates or virtualizations is a priori possible for any actual anthropological practice. Synergic anthropology interprets virtual practices as practices in which the constitution of man is formed up by means of one more kind of the anthropological unlocking; the virtual unlocking. It is important that this kind of the constitutive anthropological unlocking is the last one: one can prove that the ontological, ontical and virtual unlocking exhaust all the ways for the constitution of the man as such to be formed-up in the anthropological unlocking.

As a result, we have now obtained a sound framework for anthropology of the unlocking. The advancement from the initial hesychast base reaches the desired level: the paradigm of the ontological found in hesychast practice is extended and generalized up to the universal paradigm of human constitution. Having the set of representations which determine various anthropological formations, types of structures of personality and identity, modi of subjectivity, etc. this paradigm serves as the core of radically nonclassical conception of man, subjectless, essenceless and pluralistic. Due to these properties, this conception is valid, generally speaking, for all the totality and variety of anthropological experience.

4. To the science of human sciences

In the classical paradigm, after the formulation of some “theory” for a certain sphere of reality there follows the development of “practical applications” of this theory to concrete phenomena and processes. Of course, problems of such kind arise in synergic anthropology too. Some of them are quite topical, but nevertheless the main vector of the further development is not related to them. Our nonclassical conception was born in the process of the successive conceptual and methodological generalization, and this process is not finished yet. The conception still has some potential for the further extension and generalization. However, at this stage synergic anthropology begins already to cross the frontier of anthropology as such: it begins a kind of anthropological expansion into other disciplines and discourses in the sphere of the humanities. And when it becomes the tool of such an expansion aiming to include eventually all the sphere of the humanities, it acquires a new role and status in the ensemble of humanistic knowledge.

The first step of the expansion is the going-out into the domain where anthropological and social levels of global reality meet each other. It is in this vast domain called the interface of the anthropological and the social that the most important changes and processes take place today. Our basic concept for this domain is anthropological trend, the concept of the double anthropo-social nature. Global anthropo-social reality is represented as the ensemble of such trends implementing a synthetic anthropo-social dynamics, the roots of which belong to the anthropological level. Analysis of the principal present-day trends (such as trends of the virtualization, trends oriented to the “posthuman future”, etc.) makes one to draw the conclusion that the prevailing scenario of the development of this global reality is the “scenario of the euthanasia”, according to which the human being leaves the stage voluntarily and (more or less0 painlessly. However, the recent postsecular trend which intends to restore the formation of the Ontological Man to some extent may, generally speaking, change such development helping to preserve the existence of the human being. “The postsecular paradigm might perform the mission of the anthropological correction and harmonization”[10].

After the interface of the anthropological and the social, the anthropological expansion must perform a new conceptualization of all basic discourses of the humanities. This reconceptualization must bring forth the anthropologization of these discourses which makes explicit their implicit anthropological contents; methodologically, it means the “re-melting” (Humboldt’s metaphor) of these discourses, their modulation into different epistemology and hermeneutics. One should note that such anthropologization is not something new and strange in modern human sciences: its elements and tendencies to it were emerging in the 20th c. in many human sciences (and, may be, especially in history). As for synergic anthropology, it starts to take a new and special position in the system of humanistic knowledge. Performing the expansion into every humanistic discourse it transforms itself into the general integrating basis of all the ensemble of such discourses. In other words, it serves as a meta-discourse for this ensemble or, in a different aspect, as the core of a new episteme for humanistic knowledge. One concept of Kierkegaard adopted from mathematics is very adequate here: anthropology is potentiated, raised to the higher power: it is not just “human science”, but science of human sciences.

I believe that such potentiation of anthropology is of pressing necessity for today’s humanistic knowledge. Synergic anthropology is one of its possible strategies, and here it has already achieved some progress.