An important place in Biblical and Patristic thought is accorded to the battle against the fear of death and Satan and to the achievement of freedom, in Christ, from all forms of self-interest and necessity. ‘I tell you, my friends, do not be afraid of those who kill the body and after that can do no more’ (Lk. 12, 4). He said to His disciples, ‘Why are you so afraid? Do you still have no faith?’ (Mk. 4, 40). The lives of the saints are permeated with this militant and heroic spirit. As sharers in the Holy Spirit, they fear nothing, not death, not deprivation, not poverty, not the devil: ‘For those who are led by the Spirit of God are the children of God. The Spirit you received does not make you slaves, so that you live in fear again’ (Rom. 8, 14-15). The saints are the protypes of people who progress from self-interest to impartiality, from dependence to autonomy. 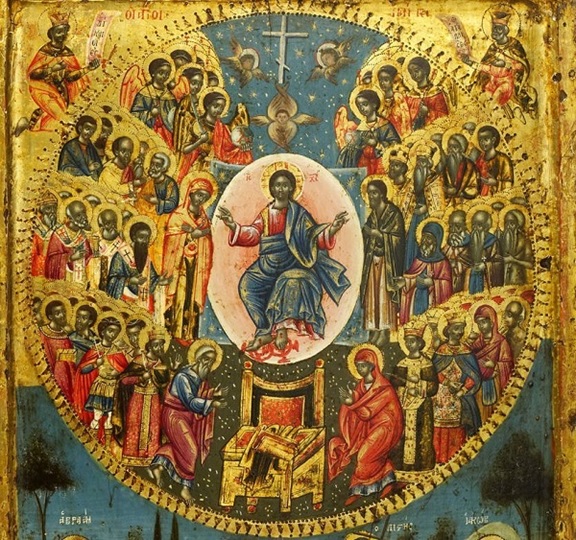 This independence of the saints has nothing to do with the autonomy expressed in modern, secular ‘ethics’, which equates freedom and autonomy with the power which, so they believe, individuals can have over their body and soul, and where law is the selfish desires of each person (examples being: abortions, supporters of which claim that a woman has absolute authority over her body; and ‘gender’ identity where it’s claimed that people themselves have the right to define their ‘gender’, irrespective of the sex they were born into). For secular ethics, autonomy is taken to mean the ‘legitimization’ of all our desires and actions, provided a rudimentary notion of ‘live and let live’ is preserved.

For the Orthodox spiritual life, however, real freedom consists in transcending egotism and self-interest through unselfish love. It’s freedom from the fear of death and all other kinds of fear, care and anxiety. It’s even freedom from the natural passions (hunger, thirst, pain and so on), as was the case with Daniel the Stylite, who lived through the winter covered in snow.

The saints are truly free. There are innumerable examples of our saints who achieved this level and acquired real freedom from the fear of death, from the cares of life, the wickedness of the devil and, simultaneously, acquired the mortification of the self through unselfish love for others. Our martyrs, free from the fear of death, transcended it; our ascetics, free from life’s cares, lived in poverty, without possessions; our saints, free from the wicked cunning and machinations of the devil, defeated him, as was the case with Saint Marina who vanquished him in prison. All saints are free from any desire to be well thought of, as in the example of Saint Evdokimos from the Holy and Great Monastery of Vatopaidi, who, in order to conceal any indication of his sanctity, even after death, preferred to depart this life without any of his fellow monks becoming aware of the event.

The saints are free from attachment to material goods: Saint Anthony sold all his worldly goods and withdrew to the desert. They’re free from the cares of life: Saint Païsios the Athonite, according to the evidence of visitors, didn’t keep any nice present that was given to him but gave it away. They’re free from the passions of anger and bitterness: Saint Nektarios forgave his slanderers. They’re free from passion for revenge: Saint Dionysios of Zakynthos forgave his brother’s murderer. They’re free from the temptation of secular office: Saint Savvas of Serbia abdicated from secular authority and became a monk. They’re free even from the instinct of self-preservation: during a storm at sea, Saint Sofia, from Kleisoura, prayed to the Mother of God to be allowed to die rather than anyone else. They’re free from the accumulation of wealth: according to the Sayings of the Desert Fathers, Saint Megethios, had one sole possession, a needle that he required for his handiwork. They’re free from any of the selfishness and passions that dominate our lives, and the whole of society, and are revealed every day by the mass media. Through their example, basking as they are in the Grace of the Holy Spirit, the saints show us our real freedom, unburdened by any selfishness, be it material or spiritual, and imbued with the selfless love for God and other people. This is the key that can solve all the problems tormenting us today, both personal and social.