Saint Iakovos (Tsalikis): A Miracle to Help a Physicist Unbeliever

(As told by His Eminence Athanasios, Metropolitan of Limassol)

A few days before we went there, some people came from a village and asked him to take some relics of Saint David and to perform a paracletic canon for them. As he was leaving there was a woman from Canada. There was another nun with her, from Cyprus, actually, and they went to see Fr. Iakovos. 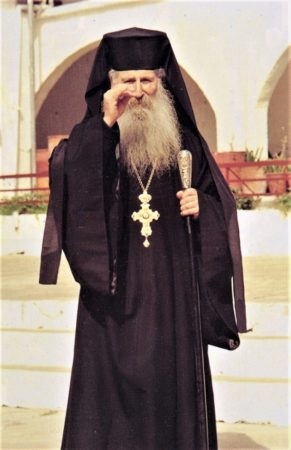 The young woman was from Canada, a physicist, but she didn’t believe and was probably an atheist. When they got there, Fr. Iakovos told them he was leaving to go to a village. He added: ‘But I hope that Saint David, who’s here in our monastery, will show you that there really are saints and the grace of the Holy Spirit. God exists and He overcomes the laws of nature’.

Fr. Iakovos went to the locker where they keep the relics of Saint David, took a piece from the reliquary, closed the locker and made to leave.

As he did so, however, the censer that was in the locker, which was enclosed with glass panels all around, started to move all by itself, and to cense, before the very eyes of the nun, the girl from Canada and Fr. Iakovos.

This lasted for about half an hour and then Fr. Iakovos said, perfectly naturally:

‘See, Maria. This censing was for you. So that you’d believe that Saint David’s able to act above and beyond the laws of nature’.