One of the most important problems facing us over recent years has been the ecological crisis and environmental problems which are afflicting our planet. Ecological changes have always existed and are the result either of natural disasters and changes in the environment, often resulting in new ecological balances in nature, or people’s careless exploitation of the natural environment in order to satisfy their needs, without any consideration of the damage they’re causing. 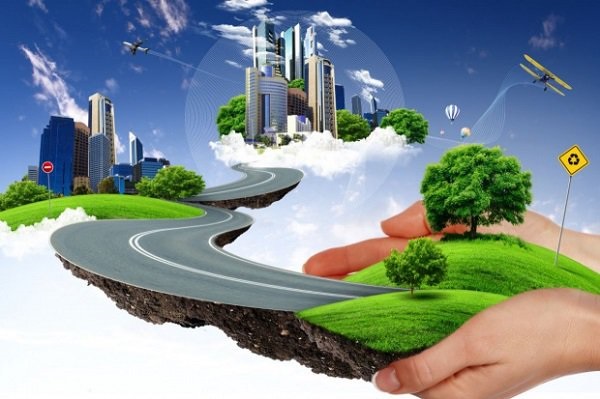 The present ecological crisis has been caused by a break in the relationship between people and nature, a rupture which made its appearance with the anthropocentric perspective on life, where people view nature as a natural tool-shed which they can use at will. From ancient times, people gradually began to exploit nature in order to survive and multiply. Thereafter, and with the passage of time, the population gradually increased, as did the exploitation of natural resources commensurately. In this way, people’s needs were meet, though no effort was made to restore the balance of nature. The problem of the ecological crisis has assumed enormous dimensions because of scientific and technological developments which have created difficulties such as the pollution of the soil through chemical fertilizers used to increase yields. There is also the pollution of the air from factories constantly in production. This in turn produces the greenhouse effect, the consequence of which is that the planet is being over-heated. The worst of all, however, are environmental disasters such as that which occurred at Chernobyl, in the Ukraine in 1986, with the explosion at one of the four nuclear reactors at a Soviet installation. The resulting cloud of radiation spread over 2,000 kilometres and was responsible for an enormous number of illnesses caused by the side-effects of the disaster. The high rate of technological development in the mid-18th century gave us the industrial revolution, which, according to Suermann is the prime cause of our ecological problems. This view is shared by Leiperto who believes that the style of industrial countries is responsible for the destruction of the planet. Finally, another important factor in the creation of ecological problems is the lack of an environmental policy. This is compounded by certain interested parties which are behind the non-application of laws or the non-imposition of punishments for those who cause damage to the environment.

From a theological point of view, ecological problems are held to reflect an internal crisis within people themselves, a crisis which is born from the rejection of God’s will on our part, as free persons, with the result that what happens to us is imprinted on nature and vice versa. One of our greatest mistakes is the misuse of the authority we have over animals, and nature in general, in the belief that we’re superior, while forgetting that we aren’t the overlords of nature but rather servants of the will of God.. This misconception has brought about numerous disasters, much to our own detriment Some of the charges of the scientific community against Christianity are not without significance, initially in the case of the attitude of the Western Church to certain scientific theories. Once people had recognized the ecological problem, there were scientists who attacked Christianity as being responsible for them because it taught people through the Scriptures to ‘dominate nature’. But these charges are unfounded, because the unprincipled evolution of science and technology is not the fault of Christianity, given that the culture of the Eastern Church never expressed the same interest in technical matters as was evinced in the Latin West. Moreover, the ecology was first damaged in regions where there were no Christians at the time, such as Egypt and Persia. Finally, Scriptural tradition concerning the proper and reasonable exploitation of natural resources should not be used as an indictment for the ecological damage to our planet, because, through Christianity, people learn to be restrained and undemanding, and thus to avoid excesses.

In conclusion, despite the enormous and almost irreparable damage that we have done to nature, there is still time for us to come to our senses and change tack in order to restore the balance within nature and repair our relationship with it, insofar as this is possible.