Our era has one particular feature where it differs from previous ages: people are more interested in information than in knowledge. The growth of the Internet has meant that we’re bombarded on a daily basis with information and news and aren’t interested to the same extent in the study of spiritual texts, be these Scripture, the Fathers, or theologically beneficial writings. Indeed, we often become defenders of Patristic and ascetic theology, which is a good thing, but without also showing the same enthusiasm for studying the works of the Fathers. This despite the fact that we can now find a large number of them posted on the web. But in this case, Patristic theology ceases to be a way of life and is reduced to a mere ideology. We shall attempt to stress the need for the study of Christian texts, invoking and highlighting two important examples from the life of our Church. 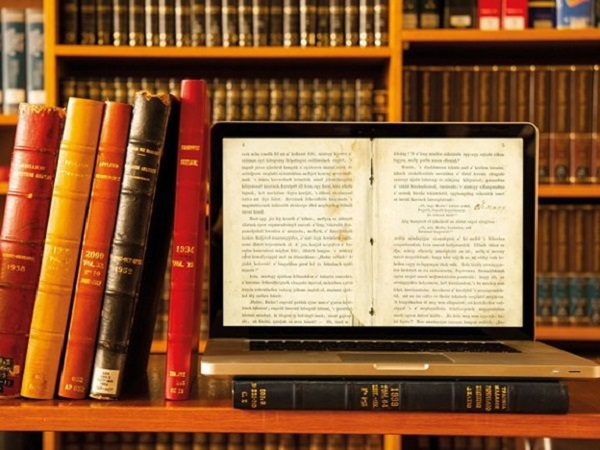 At a young age, Saint Augustine (354-427) was influenced by the degenerate environment in which he lived and was drawn into an immoral life-style. Indeed, in the belief that he’d find the answer to the great problems that were troubling him, he became a follower of the Manichaean heresy. When he was thirty-two, however, he was walking in his garden thinking about what was occupying his mind when he heard a child’s voice saying ‘Take this and read it’. He opened the book of Saint Paul’s Epistles, which was at hand, and his eyes fell on the passage from Romans (13, 13-14): ‘Let us behave decently, as in the daytime, not in carousing and drunkenness, not in sexual immorality and debauchery, not in dissension and jealousy. Rather, clothe yourselves with the Lord Jesus Christ, and do not think about how to gratify the desires of the flesh’. These words of Saint Paul’s moved the heart of Saint Augustine and the great and redeeming moment of Divine Grace came to him then: ‘No sooner had I finished reading those few words’, he tells us, ‘than light immediately poured into my heart, bringing with it peace and dispelling the darkness in which my doubts had shrouded it’. At that moment he became a different person. From then on, he would live only for Christ and the Church.

The second example is from the life of the great Russian writer, a giant figure in world literature, Fyodor Dostoyevsky (1821-1881). When he was a young man, he was an atheist and, having been involved in political disturbances, was sentenced to four years’ exile in Siberia, in 1849. On the way to exile, a devout Christian woman gave the 28-year-old Dostoyevsky a copy of the New Testament, for comfort. Since he was an atheist, when he was in exile Dostoyevsky would tear out a page of the book to clear out the pipe he used to smoke. Until the time came when he was so bored that he decided to find out what this Christian book actually said. The first passage in the torn-up book was the story of the Prodigal Son. Reading this and then the rest of the New Testament shook him to the core and revealed a new world to him: that of acquaintance with God. This brought about his transformation into one of the most important Orthodox Christian intellectuals.

The above examples reveal the great transformational power available to all of us through spiritual study: study of the Holy Scriptures, Patristic texts, lives of the Saints, hymns of the Church and beneficial books that present and interpret the Church’s teaching. Saint Epifanios of Cyprus says that Christian books are a necessary acquisition, since the mere sight of them makes us less liable to sin and moves us to virtue.

Saint John Chrysostom teaches us that the lines and words of a spiritual book, especially those of Holy Scripture, are Chrsit’s clothing. Just as garments cover us, so the pages of Holy Scripture conceal Christ Himself (see PG 48, 994). Whenever he received an invitation, Abba Sisoï would say: ‘I can’t find the time to come’, because he didn’t want to break off from the spiritual study that gave him divine knowledge (see PG 65, 401A). Saint Seraphim of Sarov read the whole of the Gospel every week. According to Abba Filimon, ‘through uninterrupted prayer and study of the Scriptures, the spiritual eyes of the soul are opened and they see the King of Hosts’ (Philokalia, vol. II). Saint Kallistos Angelikoudis says that reading the Holy Scriptures, and the Saints who explain them, stimulates the mind and helps it to attach itself to God (Philokalia, vol. V).