Whole or Half Christians?

The case of the prominent Jew who had observed all the commandments of Mosaic Law from the time of his youth is one we can easily relate to. He asks Jesus what remains for him to do in order to gain eternal life. Jesus knows what it is that usually binds people to earth, so He answers: ‘You’re missing one thing: sell everything you’ve got and give the money to the poor and, in that way, you’ll have treasure in heaven. Then come and follow me on the difficult path of the cross’. 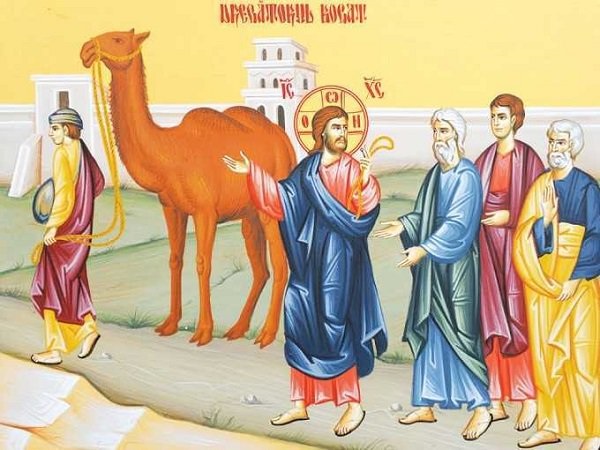 There’s no doubt that this prominent Jew was a devout person, since he’d observed the Law and had within himself the desire for perfection. But the Law of the Old Testament ends, is completed and reaches its peak with Christ, Who reveals God’s absolute demands on us. These demands consist not only of observing the basic commandments, but, on the one hand in our complete abandonment of everything that keeps people bound to the earth; and, on the other our total commitment to Him. The attitude of this rich Jew, who was saddened at Jesus’ suggestion and went away without being able to follow it, shows how difficult it is for us to give ourselves over entirely to God. It also demonstrates how easy it is to create in our conscience a false sense of satisfaction which arises from the observance of certain basic commandments.

We’re quick to believe that we’ve paid our dues to God by obeying a few formal orders, keeping all the fasts, going to church frequently, and by not breaking the basic commandments. But at a critical moment in our life we may be called on to choose between God and our money, between God and our social or professional position, or between God and our earthly ties. Unless we’re prepared to sacrifice these things for God, we prove that our religiosity covers only a part of our life, the outward show, but not our life as a whole, in all its depth. It demonstrates that our life consists of the painless observation of commandments rather than the painful subjection to God’s absolute demands.

Jesus doesn’t blame His pious interlocutor for what he’s done, but for what he’s omitted to do. He doesn’t condemn him for his virtues, but because He sees that they aren’t part and parcel of the man’s complete commitment God, but rather are isolated expressions of the way he lives his life- though they’re correct and praise-worthy in every way. Christ also sees that that the man’s religiosity isn’t linked to his life in the community, that the road bringing him to God doesn’t pass through the society of other people and doesn’t cross paths with the ways they’re walking. It’s a single path that ensures his own satisfaction as regards his conscience, but not the satisfaction of God, Who doesn’t accept compromises, hypocrisy or falsehoods.

Three main truths are underlined in this Gospel reading:

1) As Jesus Christ has revealed Him to humankind, God has one absolute demand that He makes of us all, without compromises or one-sided activities. He asks for the whole of our being, not merely some religious activities, some virtues, and the partial observation of His commandments.

2) What impedes our total commitment is our attachment to earthly treasures.

3) What seems impossible to us, that is our total rather than partial commitment to God, becomes easy through God’s grace, through the experience and acceptance of this grace within the church. If ‘what is impossible for people is possible for God’, then let no-one think that our complete subjection to Him is unachievable and impractical.