The greatest problem we face today is that we’re living without the sense of the presence of God in our lives and think that everything depends on us personally. But such a way of life leads to atheism and self-deification. In other words, the self and its satisfaction becomes the centre of our life and this makes us, apart from atheists, misanthropists as well. On all levels, today’s crisis demonstrates the secular way of life most of us lead. Modern life shows us Christians that we no longer live in a spirit of communion with God or with other people. Christians love God first and, by extension, other people, but these days we’ve forgotten that we’re one family, one body- the body of Christ.

If I had to give a definition of the crisis, I wouldn’t want to add anything to what’s already been written, but instead I’d repeat the Lord’s words to Nicodemus who came at night to learn from Him: ‘And this is the judgement, that the light has come into the world, and people loved darkness rather than light because their deeds were evil. For all who do evil hate the light and do not come to the light, so that their deeds may not be exposed. But those who do what is true come to the light, so that it may be clearly seen that their deeds have been done in God’ (Jn. 19-21). 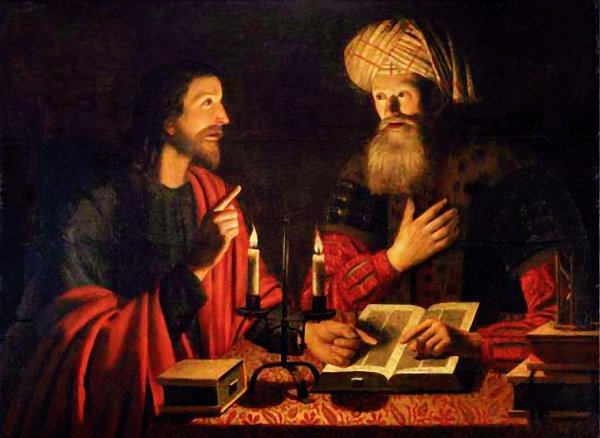 If, over the course of our life, we sow wickedness instead of love, the time will come when we’ll reap what we’ve sown. If we’re not pleased with the harvest, we’ll certainly have nobody to blame but ourselves, because we’re each of us answerable for our own works. Unfortunately, most people today are, indeed, reaping what they’ve sown and don’t like the harvest, but instead of acknowledging their own responsibility, look for the reason outside themselves. In the end, it’s easier to pass the buck onto God Himself, putting what happens to them down to punishment or even to His indifference.

But there’s no way that God can act as a disciplinarian, as if He were waiting in a corner for us to transgress and then inflicting condign punishment on His own creation, whom He made purely and simply out of love. Nor, of course, can He be indifferent, given that His love stretched to the sacrifice of His Son on the Cross for our sake. God, Who is absolutely free, made us, and gave us the freedom and the chance to live therein, choosing for ourselves the way we want to go forward. This is a freedom which often becomes a stumbling-block or, rather, a heavy chain, because we don’t know how to handle it.

But as a good Father, He waits, He awaits our repentance, change, return, all the while looking out of the window, like the caring father in the parable, hoping to see us returning to Him, so that he can rush out to meet and welcome us. And, because He’s fair, when the time comes He’ll pay us our wages, which will be commensurate to the work we’ve done. And, again, He didn’t leave us in ignorance. He gave us the equipment for us to produce a great deal of fruit, He showed us how to do it, and left us to choose. So the choice of whether to make the effort or not is ours.

It’s not good enough for the identity of ‘Christian’ to be no more than a label or a capacity that’s dormant because we don’t strive in our everyday lives to be Christians, in other words to imitate Christ in essence not merely in form. By definition, all members of the Church are holy, since ‘As many of you have been baptized in Christ, have put on Christ’ (Gal. 3, 27). Putting on Christ means that I’m holy, that I’m participating in God’s grace. The aim of the Church is to preserve its members in holiness and to increase this until they’re deified. But over time we’ve forgotten this and have fallen. We’ll not stay down, though, we’ll get up again: ‘But if, while we sought to be justified in Christ, we ourselves also were found to be sinners, is Christ a minister of sin? God forbid’ (Gal. 2, 17).

The first misfortune of the human race was precisely this misuse of freedom, which took us out of paradise. Since then, every kind of misfortune we’ve ever encountered has had the same root cause. Misuse of our freedom makes us create greater and lesser problems every day for other people and for ourselves. This is also true in our inter-personal relationships, where our unfair ‘I want’ injures those around us and also acts negatively on the wider social level, so that the world resembles a jungle.

The Church is the world on the right track. It’s real society. Within the Church, people experience society. Not merely some relationship with other people, but also with God. It’s the society within which the purpose of our existence is fulfilled.

So have we really attempted this in practice? Have we, in our lives, applied the command ‘Love your neighbour as yourself’? We see other people and we love them, but not as ourselves, rather as an extension of ourselves. God is like the sun: those who are illumined by Him are filled with life and enjoy His blessings; those who are in darkness are condemned to wither. The light illumines and warms, but if we remove ourselves from it, we enter darkness and cold. The greatest privilege in our relationship with God is the freedom He’s given us to choose whether we want to enter His light or to remain in the darkness. This initiative that He grants us makes His love perfect, because it’s not oppressive. It’s up to us whether we welcome Him into our life or not.

The difficulties, the pain, the sorrows we often face in our life aren’t given by God, but they’re allowed by him to enter our life as opportunities, as in the case of righteous Job. They become the causes for inner renewal, confession of sins and they lead to remorse, which is a way out of unhappiness. Genuine repentance brings us to God and then God’s hand comes and tugs us, as He tugged the hands of Adam and Eve at His resurrection. It may often seem that He’s delaying, but He always arrives, not when we want but when’s best.

We’re all called upon to take an interest in those who are suffering, to help those who are starving, to pray for those who meet an untimely death, to struggle for justice, to give joy to the sick, strength to the those in pain, to share their pain, to alleviate their sorrow a little, to give them a smile, to provide support for others on their journey, as others will do for us. 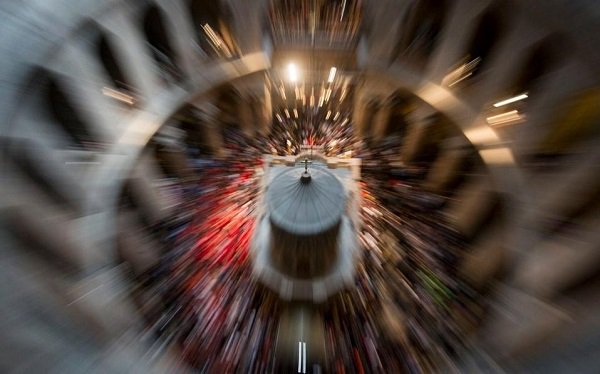 The next time people think ‘Where are you, God?’ or ‘Why me?’, perhaps they’ll think ‘Where am I when others are in pain?’ ‘Why not me, God?’. The next time they wonder why God’s abandoned them, they might consider that they’re the ones who’ve abandoned Him, who’ve prevented Him from entering their life. Then His words will sound hard, but fair: ‘for I was hungry and you gave me no food, I was thirsty and you gave me nothing to drink, I was a stranger and you did not welcome me, naked and you did not give me clothing, sick and in prison and you did not visit me…. Truly I tell you, just as you did not do it to one of the least of these, you did not do it to me. And these will go away into eternal punishment, but the righteous into eternal life’.

Perhaps, in the end, the time has come for change. Let’s keep our mind away from politics and economics, because they’ve failed. We need real change, internal and personal. Perhaps it’s time for us to become Christians in practice, not merely in name. The Church is continuously calling us: ‘Behold, now is the acceptable time, behold now is the time of repentance’. If we can’t change the world, let’s not wait for it to change, but, rather, let’s change ourselves and when we do so, somebody else will as well, the few will become the many and the many will become all. The Church calls on each of us to make this change, which is nothing other than the return to our ancient beauty, to the place we started out from.

Living in Christ is today the only cure for self-love, from which arise the passions of hedonism, ambition and avarice. The crisis is due to people’s desire to satisfy their passions and weaknesses, in other words the arrogance of their life-style. The only way of dealing with this is to turn away from the egocentric and egotistical approach to life and to assume a Christ-centred attitude. God has to become the centre of our life again, together with other people, our neighbour. Let’s change the world by changing ourselves first. There’s not much time, so we must hurry: yesterday’s long gone, we’re hardly living today, and tomorrow’s already upon us.