A scandal, many sins and a saint!

One of the most wonderful stories in the Lavsaïko [Lives of the Ascetics, by Bishop Palladius of Helenopolis, written for a chamberlain at the court of Emperor Theodosios II, a certain Lavsos, from whom the book takes its name] describes the life of a monk who abandoned his monastery and went to the port of Alexandria to work as a dock labourer. Given the fact that it was a port, there was no shortage of prostitutes. The ‘monk’ worked all day, and in the evening he spent all he’d earned, buying the company of a harlot for the whole night. 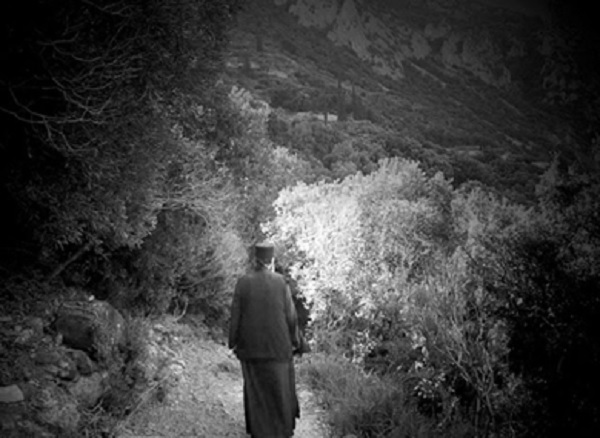 He was the shame of all the Christians in the city and a scandal for the whole Church. Years passed and despite appeals and advice, he continued with his sinful way of life. Then death came, as it does to all of us, and released him, as if it were medicine to save him from his sins, which he continued to commit until just before he died. But his fellow Christians could hardly refuse to give him a proper burial. The priests came to inter him and bury the scandal along with him. The news spread. The ‘dirty old monk’ had died. But who would go to church to bid him Godspeed?

At the funeral, the church was full of women from Alexandria, honest, Christian women who’d come to say their goodbyes, not just to a person who’d passed away, but to a saint! Somebody recognized the face of a prostitute they’d once seen long ago, down by the docks, but she wasn’t what they remembered. Other women among those present simply awakened vague memories from the past.

The city then learned that the ‘dirty old monk’ was, in fact, a saint, who, with the money he’d earned, bought a night without sin, bought the ‘right’ to the bodies of the harlots in order to save their souls. The city learned that the man whom they thought was a scandal was purity itself, love without guile, self-denial, the word of God, prayer and glorification. The people of God aren’t judged during the course of their lives, but at the end of them, because even when we live ‘as we should’, we have to be prepared to witness and to suffer. In the final analysis, who’s the stumbling-block: the other person or us? Am I the one who puts a mask on the other person which fits with the way I want to see them? Maybe because I’m afraid that my own mask will be revealed.

And in the end, what are we going to do with the scandal, who’s going to run with it, who will keep it going? This question is vitally important, because a scandal concerning somebody else performs a basic function. It fills our own void, the void of our egotism. It’s easy to condemn, it’s easy to destroy, but it’s difficult to say something good, to work for the common good. We adopt attitudes for ourselves which are inhuman and which lead to all forms of judgement…We’re experiencing today the qualitative loss of the internal criteria of a society which no longer communicates… ‘Real life’ isn’t our own, but that of other people. And yet we have to seek our own life, because otherwise, at the final Judgement, our own book, our life, will be blank.