‘When he heard that John had been delivered up, he withdrew to Galilee’.

The way in which Christ behaved towards people wasn’t always the same. He expressed Himself in a variety of ways. Besides, Christ became incarnate and was made manifest to people; in this way His wisdom was revealed, so that His life could be an example for us to follow, as Saint Gregory Palamas observes. The way He acted depended on the situation as it arose. Not with tact or out of self-interest, but always with the aim of our salvation. Sometimes He’d speak with humility as regards His identity, while at other times He’d reveal His divinity. On occasion, He’d come to Jerusalem and speak in front of a host of people on matters of great weight, or then, again, He’d go off and hide in Galilee to escape the malice of His enemies and an untimely arrest. Such a situation is the one described in today’s Gospel 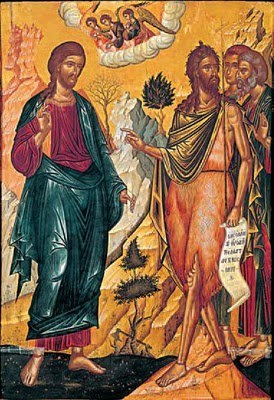 Why did the Lord withdraw to Galilee?

His departure occurred after John the Baptist’s arrest (Matth.4, 12). One reason is that Jesus didn’t want to be in the public eye and was looking to prepare His disciples for His coming Passion. Another reason is that the hour of His crucifixion hadn’t yet come and He was waiting for the right moment: ‘not to avoid suffering, for this is why He had come’ [Cyril of Alexandria]. So it’s not that the Lord was a coward, running away from the difficulties of His mission, but rather that He was acting sensibly and waiting for the right time to be crucified (Jn. 12, 27). Had He been crucified too soon, a large part of His work would have been destroyed. His flight wasn’t cowardice but good sense. There was no point in exposing Himself to needless danger at this time.

Are Christians allowed to exaggerate?

The example of our Lord avoiding unnecessary exposure to danger has much to tell us. We should do nothing out of a disposition for exaggeration. In spiritual matters, we should be neither conservative nor liberal. Even in secular affairs, we should act with restraint. We should always follow the middle path, as laid down by the Church.

A few examples. Let’s look at fasting. Some follow the rules very strictly, others, perhaps the majority, not at all. Saint Isodoros from Pelusium says that we have to be ‘accurate scales’, that is we have to weigh things properly. We shouldn’t applaud undernourishment because it’ll lead to listlessness and collapse. Nor, on the other hand, should we encourage gluttony, because this will bring with it dissipation. The way in which we practice the spiritual virtues must be commensurate with our strength, if we’re to make any spiritual progress. People who’ve just come to know Christ have often raced headlong into the spiritual life, and when they’ve lost that first zeal they’ve regressed to their former habits and become even worse: ‘and the last state of that person is worse than the first’ (Matth. 12, 45).

The same is true of other issues. We shouldn’t see enemies of the Church everywhere, but neither should we be lenient towards those who attack and slander it. There’s a middle way in the spiritual life. We need discernment in our dealings with other people, so that we realise when’s the best time to talk to them about Christ and spiritual matters. Otherwise, it may well be that we’ll do more harm than good.

My friends, let’s learn from the person of Christ so that we become God’s people, sensible and judicious. Amen.