If the saving power of the teaching depended upon on our knowledge and our agreement with it, then it would make sense for people to come up with the idea of rebuilding Christianity according to human weaknesses or the demands of the time and to adapt it to the sinful desires of their heart. But the saving power of the Christian law doesn’t depend on us at all, but on the will of God, stemming from the fact that God Himself established precisely the exact path to salvation. Other than this one, there is no other path, nor could any such a one ever exist. Consequently, if people teach in any different manner whatsoever, this means that they’ve deviated from the true path and are destroying themselves and you. What’s sensible about that?

Notice how strict a judgment was handed down when something similar happened to the people of Israel during the difficult years of its captivity. Out of pity towards the sick and the suffering, some prophets spoke to the people not as the Lord commanded but according to what their heart told them. And regarding those the Lord gave the following instructions to Ezekiel ‘As for you, son of man, set your face against the daughters of your people who prophesy from their own heart, and prophesy against them. You shall say, “Thus says the Lord: Woe to the women who sew pillows under the elbow of every arm, and make coverings for every head of every age, to mislead souls! The souls of my people have been misled and have been captured”’(Ezekiel, 13, 17 – 18). 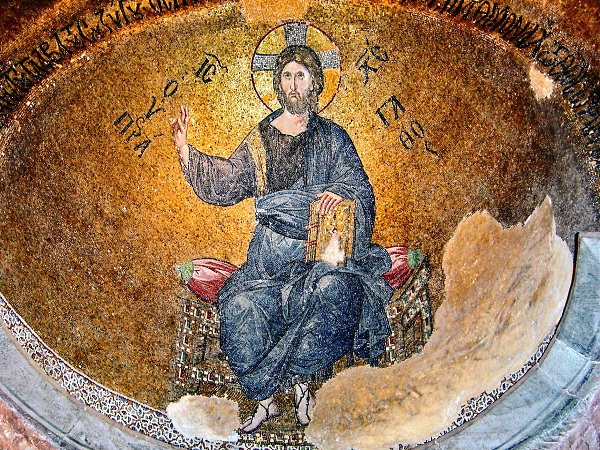 This means: Woe to them who order every type of special treatment and suggest such lenient behaviour that no one feels the slightest displeasure, neither from above nor below, indifferent as to whether this would be for their salvation or destruction, pleasing or repulsive to God. Woe to them, because ‘thus says the Lord… your pillows and coverings (that is your mellifluous and comforting teaching) whereby you conspire against souls’, I will tear from your arms and I will free these misguided souls from this teaching of yours, and I will destroy you who have corrupted them (Ezekiel, 13, 20 – 21).

That’s what good this special treatment and leniency, which you want to hear from the preachers, will do you! When you put all of these things deep within your heart, it’s not right for you to want us to make any type of concessions as regards Christian doctrine, just because you mistakenly want us to please you. Indeed, on the contrary, you should be demanding persistently that we remain true to the doctrine, as strictly and firmly as possible.

Have you ever heard of the indulgences of the Pope of Rome? This is what they are: Special treatment and leniency, which he gives ignoring the law of Christ. And what’s the result? From all of these things the West, with its indulgences, is corrupted in faith and way of life, and is now lost in its faithlessness and unbridled lifestyle.

The Pope changed many doctrines, spoiled all of the sacraments, invalidated all the canons concerning the order of the Church and the correction of morals. From then on everything started going contrary to the will of the Lord and went from bad to worse.

Afterwards Luther appeared, a clever man but stubborn. He said: ‘The Pope changed everything as he wished, why shouldn’t I do the same?’. He then started to modify and re-modify everything in his own way, and in this way established the new Lutheran faith, which bears hardly any resemblance to anything which the Lord ordained and that the holy Apostles delivered to us.

After Luther the philosophers appeared. And they in turn said: ‘Luther established for himself a new faith, ostensibly based on the Gospel, in reality, however, based upon his train of thought. So why don’t we create doctrines based only on our way of thinking, ignoring the Gospel completely?’. They then began to think rationalistically and to guess about God, about the world, about man, each of them in their own way, and mixed in so many other doctrines, that just enumerating them is enough to make you dizzy.

Now the westerners have the following views: Believe whatever you think is best, live however you like, satisfy whatever attracts your soul. They therefore don’t recognise any law or restriction and they don’t abide by the Word of God. Their road’s wide, all of the obstacles have been removed. But the broad path leads to destruction, as the Lord says. That’s where leniency in belief has brought us.

Deliver us, Lord, from this wide path! Better to love every constraint which our Lord has granted for our salvation. Let’s love the Christian doctrines and let’s force our mind to adopt them, compelling it not to think differently. Let’s love Christian morals and let’s force our will in them, compelling it to bear the light burden of the Lord, humbly and patiently. Let’s love all of the Christian services and rites which admonish, correct and sanctify us. Let’s force our heart with them, encouraging it to transfer its choices from the earthly and corruptible to the heavenly and incorruptible.

So how can we doubt that the wayfarers will reach their destination? And what goes through the mind of those who start to want the commandments to be invalidated in any and every way, seeing as, if this happens they’ll lose their way and become lost?

Once you fully understand this assertion, don’t be concerned if something in our teaching seems overly strict. The only thing you should seek is whether something is of the Lord. And after you’ve confirmed that it is indeed of the Lord, accept it wholeheartedly, however strict or constraining it may be. And don’t merely refrain from asking for special treatment and leniency in the dogma and the ethics, but rather flee from such things as though they were the fire of Gehenna. Because those who invent such things and with them entice away the spiritually weak who follow them, won’t escape this fire. Amen.