Are There Wonder-Working Icons?

We Orthodox don’t worship icons, or the saints, the angels or even Our Most Holy Lady the Mother of God. We worship only God in the Trinity, the Father, Son and Holy Spirit.

We honour and glorify the saints, the angels and, even more the Ever-Virgin and All-Holy Mother of our Saviour, who is ‘more honourable than the Cherubim and incomparably more glorious than the Seraphim’, but we don’t worship either these persons or their icons. Honour and respect are one thing; worship’s another.

Many Orthodox people consider certain icons to be ‘wonder-working’, but is this the case? Are there really wonder-working icons? Or rather, is it possible that there should be icons that perform miracles? 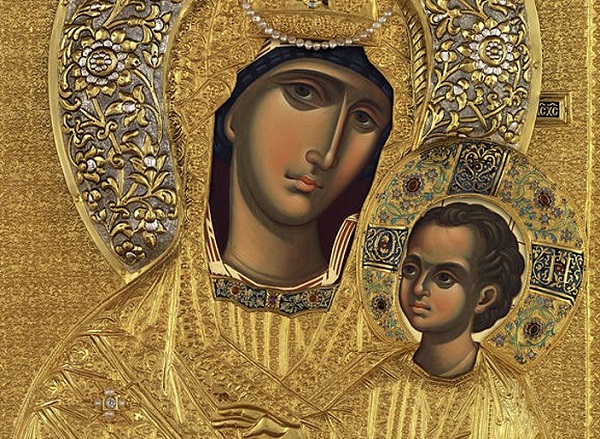 Many Orthodox theologians attribute the miracles of certain icons not to the images themselves but to the faith of the people who prayed before them. The fact that faith works wonders, that fervent prayer performs miracles, whether it’s said before an icon or not, is beyond question.

This in itself, however, isn’t a reason to deny that certain icons may have the grace of working wonders. This may seem absurd, but in reality it isn’t. It’s perfectly natural (for the faithful, obviously; for unbelievers everything’s not only absurd, but even non-existent).

The Lord gave His disciples the power to perform miracles. But we see that this power wasn’t restricted to the disciples themselves, but also extended to their shadow! The Gospel explicitly tells us that many signs and wonders occurred among the people not only through the hands of the apostles, but that the Jews brought their sick on pallets to the public squares, waiting for Peter to pass, so that his shadow falling upon them would heal them (Acts 5, 12-14) And besides, even the cloths used by Saint Paul, if placed upon the sick, would heal them (Acts 19, 12).

It wasn’t only the apostles who had wonder-working gifts, then, but also the objects of their personal use. This, of course, indicates God’s favour not towards the objects themselves, but to the apostles. It was because of them that their miraculous powers extended to their cloths.

Why, then, is it out of the question that there should be icons which have the power to work wonders? It was not uncommon that those who made the icons, especially the older ones, were people of sanctity, of deepest humility, committed to prayer and fasting, fired by passionate love of God.

Why would it be strange for God to bless them and the works of their hands? What would be unnatural if among those blessings there was also the power to perform miracles?