On Pride and Humility

What harm pride does, my brethren. If only you knew what humility can achieve. Why did we need to go through all these tribulations? If, from the beginning [Adam] had humbled himself, obeyed God and kept His commandment, he wouldn’t have fallen. And again, after the sin, he was afforded the chance to repent and be shown mercy, but his neck remained stiff. God came and asked him: ‘Adam, where are you?’. He didn’t say: ‘From what glory have you fallen into such shame?’. Then He asks him: ‘Why did you sin? Why did you break the commandment?’, giving him every opportunity to ask for forgiveness. But where was the ‘Forgive me’? No sign of humility, no sign of repentance, but rather the opposite. He answers: ‘The woman you gave me’. He doesn’t even say, ‘My wife tricked me’, but ‘the woman you gave me’. It’s as if he were saying: ‘The disaster you brought down on my head’. That’s how it is, brethren. If people aren’t in the habit of blaming themselves, it’s not long before they start blaming God. 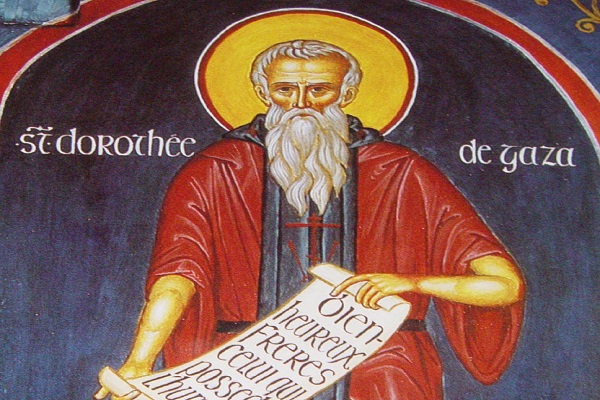 Then God goes to Eve and says: ‘Why didn’t you keep My commandment, either?’ As if He were saying ‘At least say “Forgive me”, so that you humble your soul and find mercy’. But again, there’s no ‘Forgive me’. She replies: ‘The serpent deceived me’. As if she were saying: ‘If he sinned, what’s that to do with me?’ What are you doing, you wretched people? Make an obeisance, acknowledge your mistake, pity your nakedness. But neither of them could bring themselves to admit blame; neither of them showed the least humility.
So you see clearly the state we’re in. Look at the many evils we’ve brought upon ourselves by self-justification, insisting we know best and giving in to our will. This, of course, is the result of ungodly pride, in precisely the same way as blaming ourselves, not trusting our own judgment and hating our own will are the products of humility. It’s through these that we’re able to find ourselves again, to return to our true nature, through the cleansing afforded by observance of Christ’s holy commandments. Without humility, you can’t obey the commandments, nor, indeed, achieve anything good. As Abba Markos said: ‘Without a contrite heart it’s impossible to be free of wickedness and impossible to acquire virtue at all. Through contrition, then, you accept the commandments, you’re freed from evil, you acquire the virtues and, in the end, rediscover a sense of calm.