That we should not despair, even though we sin often

Even if you are not what you should be, you still ought not to despair. It’s bad enough that you’ve sinned, without maligning God by regarding Him, in your ignorance, as powerless. He it is Who, for your sake created the great universe that you behold, and yet He’s incapable of saving your soul? And if you say that this, and His incarnation, makes your plight all the worse, then repent. He’ll receive your repentance, as He accepted that of the prodigal son and the harlot. And even if repentance is beyond you, and you sin out of habit, while not wishing to, show humility, as did the publican. This is enough to guarantee your salvation. Those who sin without repenting, yet don’t despair must necessarily regard themselves as the lowest of creatures. How then can they judge or censure anyone? Indeed, they’ll marvel at God’s compassion and will be full of gratitude towards their Benefactor and will then receive a multitude of other blessings as well. They may be subject to the devil- in that they sin- yet, out of fear of God they disobey the devil when he tries to make them despair. Because of this, they have their portion with God; because they’re grateful, they give thanks, they’re patient, they fear God and they don’t judge, in order that they won’t be judged in turn. All these are crucial qualities. As Saint John Chrysostom says about Gehenna: it’s almost of greater benefit to us than the kingdom of heaven, since many people enter that kingdom through Gehenna and not so many enter for the sake of the kingdom itself. And if they do so, it’s only through God’s compassion. Gehenna pursues us, making us frightened; the kingdom embraces us with love. By God’s grace, we’re saved by both of them. 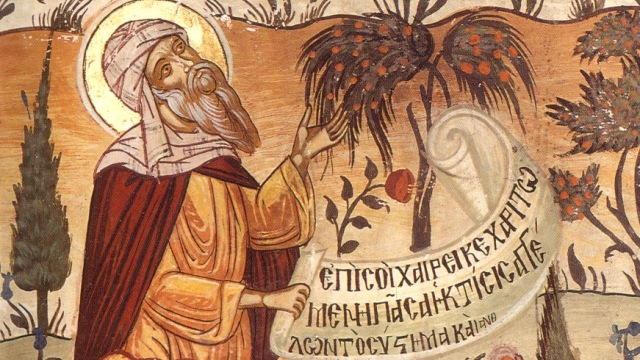 If those who are attacked by many passions endure patiently, don’t negligently surrender their free will, and don’t despair, then they’re saved. By the same token, those who’ve achieved a state of dispassion, lightness of heart and freedom from fear quickly fall unless they confess God’s grace continually, by not passing judgement on other people. Indeed, should they dare to judge anyone, they make it clear that, in acquiring their riches, they’ve relied on their own capacities, as Saint Maximos says. Saint John the Damascan says that if people who are still subject to the passions and are still bereft of the light of spiritual knowledge are put in charge of others, they themselves are in grave danger. So are those who’ve received dispassion and spiritual knowledge from God, but don’t help others.

Nothing benefits people who are weak so much as withdrawing into quietude. Or those subject to the passions and lacking in spiritual knowledge, as obedience combined with quietude. There’s nothing better than knowing your own weakness and ignorance and nothing worse than not recognizing them. No passion is as hateful as pride, or as ridiculous as avarice ‘the root of all evils’. Those who labour hard to mine silver and then bury it back in the earth gain no profit from it. This is why the Lord says: ‘Do not store up treasures on earth’ and, again, ‘Where your treasure is, there will your heart be, too’. Our intellect is drawn by longing towards those things with which it’s usually concerned, be these earthly matters or the passions, or heavenly and eternal blessings. As Saint Basil the Great says, a persistent habit acquires the strength of nature itself.

Weak people should pay attention to the promptings of their conscience, so that they may free their soul from all condemnation. Otherwise, they may repent in vain and mourn eternally. Those who can’t endure a physical death for Christ’s sake, as He did for them, should at least be willing to endure death spiritually. Then they’ll be martyrs with respect to their conscience, in that they don’t submit either to the demons assailing them or to their purposes. Rather, they’ll conquer them, as did the holy martyrs and the holy fathers. The former were martyrs in the body, the latter in the spirit. If you force yourself just a little, you defeat the enemy; if you’re slightly negligent, you become filled with darkness and are destroyed.

*As is the case with the two Johns, here we have the case of the two Peters. John of Damascus was, as his title implies, Bishop of Damascus, but he’s not to be confused with John the Damascan, the Father of the Church, author and hymnographer. On February 9, we commemorate Saint Peter of Damascus, a bishop who was martyred for the faith. On the same day we commemorate Saint Peter the Damascan, some of whose wonderful writings appear in the Philokalia. This short piece is by Peter the Damascan (‘o Damaskinos’).

The Greek word ‘damaskinos’ is rendered in English in four ways:
a) damascene, which is normally associated with ‘steel’ or ‘blade’.
b) damson, which is a fruit.
c) damask, which is a kind of cloth
d) Damascan.