The Need to Knead

‘If you don’t want to knead, you’ll spend ten days sifting flour’, that is, finding excuses for your laziness.

The [Greek] folk saying’s got it right. And if that’s true for the genuinely tiring task of kneading bread, how much more so is it of the ‘heavy lifting’ of the acquisition of the virtues.
***

In the New Testament, there’s an epistle by Saint James, addressed to all Christians. If you haven’t read it carefully, you’re doing yourself a disservice. It contains all the teaching of the Apostle in brief. Though it’s short, it demonstrates the capacity of his heart. 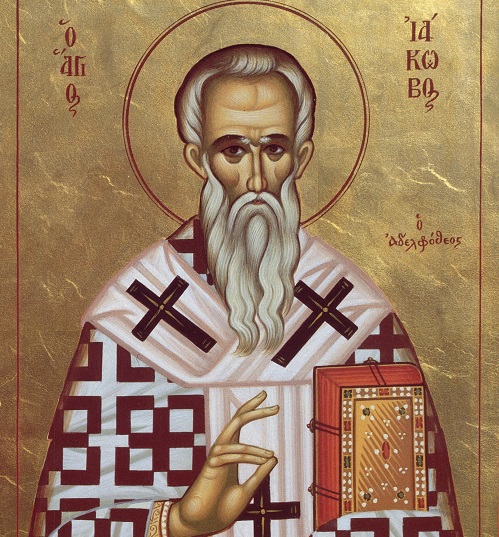 The epistle begins with an exhortation which shows the depth of experience he has in the struggle for salvation. It’s an appeal which sounds very strange to the ears of people today, whose sole concern seems to be their comfort and pleasure. That is to say, it suits them to find excuses all the time to avoid starting on the serious task of saving their soul.

Saint James says: ‘Whenever you face trials of any kind, consider it nothing but joy, because you know that the testing of your faith produces endurance; and let endurance have its full effect’ [Jas. 2-4].

In other words, the holy Apostle is saying: ‘Accept the trials that God allows to befall you as blessings. Not as a curse. Accept them as an opportunity to train. To work out. To broaden your shoulders and add muscle to your arms. Accept them as solid food that will help you to bulk up spiritually. To mature. To become firm in the true faith. And to be adorned with the crowns of bravery and patience. To fan the flame of your relationship with Christ and deepen it.
***

A little further, Saint James removes another excuse which is very fashionable today. Many people say: ‘Sin’s natural’. To put it differently, God Himself is the cause of many of our temptations.

No, says Saint James. God doesn’t tempt anybody, nor is He tempted by anyone. Each of us is led into temptation by our own desire. This is what deceives and seduces us. And it’s this desire that begets sin, which brings with it death.

In other words, Saint James tells us: ‘Don’t look for the cause of sin outside yourself. It’s you yourself and your passions which are the main causes of your afflictions. Your only hope of becoming free of sin and the death it brings is to fight against your wicked self and your passions’.