What Have You Done With The Talents?

1. What are the talents? [1]
‘Talents’ are the various qualities, gifts and endowments which we have received from God. All kinds of things. Different in quality and in quantity. One person receives a lot, another receives less. One spiritually and intellectually, another materially.

A talent is wealth, an ecclesiastical or civil office, social position, the various spiritual and intellectual abilities, the gift of speaking, academic accomplishment, literary technique, every kind of art, health, youth, a melodic voice, an attractive appearance and innate politeness.

As we’ve said, we don’t all have the same gifts. What’s important, though is that nobody is without any ‘talent’. Even if it’s only one, they still have it. If they’ve got nothing else, they’ve still got their soul, which is priceless and immortal. 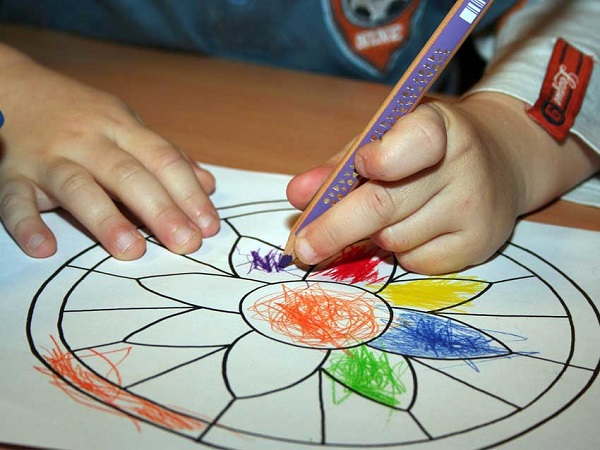 God gives us our ‘talents’ then, so that we can cultivate them in our life: so that we can use them for our own development and for the good of other people. But there’s a danger that they won’t be put to good use. This is what the parable tells us. Only two of the servants were good. The third proved to be ‘worthless’, because the use of the ‘talents’ was different.

2. How were the talents used?

a. Today’s good servants.
There are such people today, but, unfortunately, they’re few and far between. They do exist, though. People who give money to help the unfortunate. Who use their position for the public good. Who become creative and beneficial within society. Who use their social status to make things easier for the less advantaged. Their intellectual abilities are at the service of society as a whole. The power and grace of their speech is a way in which the deluded can be enlightened, the reckless brought under control, the intractable convinced and unbelievers converted. Their knowledge will lead to an increase in inventions which will serve society; their health will express itself in social concern; their youth will be in the forefront of works of love and culture.

What a pleasure it is for our soul to encounter people who are so able to manage these divine gifts properly. We envy them and we’re proud of them. A society which has such gems is fortunate indeed.

But what a pity. There are more of the wicked today. The servants who bury their gifts are in the majority. They stick them in the earth and in the mud. Or they find no use for them or else employ them for wickedness. Just look! How much money is spent on sin? How many tears could be avoided, how much pain arising from deprivation might be assuaged? How many official positions are used to oppress the less fortunate, to set traps for the innocent, to commit terrible crimes so that unworthy and grubby people can exercise power? What literary abilities have been placed at the disposal of the devil, to seduce young people onto the wrong path, to shatter their faith in God and in the principles of our Church, to spread catastrophic anti-Orthodox, atheist propaganda, to allow the free dissemination of the poison of corruption and public shame?

How many shocking shows are there, songs that are degenerate, books that are incendiary, magazines and broadsheets that are immoral? All of them are the fruits of the human intellect, the result of the misuse of the ‘talents’ given to us by God. And so immortal beings are lost and souls are poisoned for all eternity, souls for whom God Himself was raised upon the Cross.

And the foundations of society are shaken, everyday crises increase, people are brought to the brink, and the earth is filled with tears, blood and lamentations

What a terrible shame!

c. And now?
The dread punishment of the ‘wicked servant’ should give us pause for thought. God gives us His gifts, but, at the same time, puts us under an obligation. He expects recompense, that we’ll reciprocate His generosity- just as He has repaid all the saints and martyrs of the Church- or else He’ll apply terrible sanctions against us.

I also am indebted for a few ‘talents’. And so are you. How many or few is a different question. What have both of us done so far? How have we used the gifts and the talents we’ve received from the holy hands of Christ the King? How? If, God forbid, we’ve so far shown ourselves to be ‘unworthy servants’, then we’d better sort ourselves out without further ado. A radical change. Immediately. Once and for all.

May the rest of our life be full of the worship of God, with devotion to His Church, to love of virtue, to care and attention towards our fellow human beings. No more guilty compromises and obligations. No. Steadfast to the end in the furthest outpost.

Then, one day, the voice of God will be heard by both of us. He’ll say: ‘My child, what did you do with your talent?’ And we’ll be able to say: ‘Lord, I doubled it’. God willing.

Etymologically, ‘talent’ is derived from an Indo-European root which has to do with ‘weighing’. In antiquity, it came to mean a considerable weight of metal (many kilos). Naturally, the nature of the metal determined its value. As Metropolitan Georgios points out, Christ gives a different perspective on the word in the parable. The Greek ‘talanton’ was translated into Latin as ‘talentum’, which is where we get our word ‘talent’. In English, however, ‘talent’ has a rather more restricted meaning than ‘talanton’ had in the parable, where it appears to mean something more in the way of ‘blessings’ or ‘riches’ [WJL].