What is our Apostasy Today?

‘And the younger of them said to his father: “Father, give me my share of the inheritance’”.
One of the best-known and most popular Gospel readings is the parable of the Prodigal Son. Although it’s known as the ‘parable of the prodigal’, which intimates that the younger son will be the leading figure, our attention usually centres on the mercy of the father or the callousness of the elder son, who chose not to share in the celebrations over the return of his prodigal brother because he found the love and forgiveness shown by his father to be unacceptable.

Both of these persons certainly carry considerable weight in the parable. On the one hand, in the figure of the father, Christ portrays the love and kindness of God towards a sinful and rebellious person; and, on the other, through the example of the hard-hearted elder brother, He warns and teaches that it’s not enough to be virtuous, but that we have to combine virtue with love for others and avoid callousness. 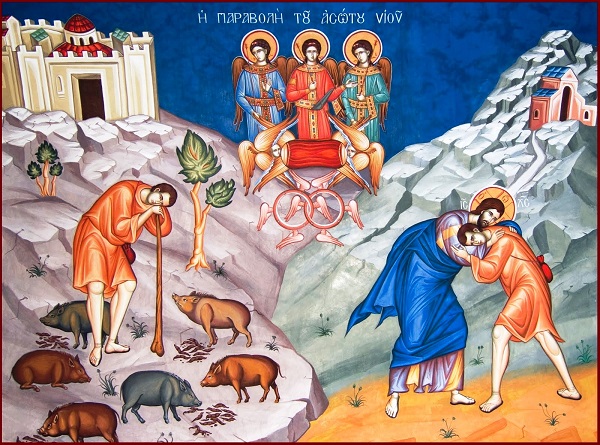 The protagonist in the parable, however, is, without doubt, the younger son, not only for his rebellion, recalcitrance and revolt against his father, but also for his return, his repentance and his restoration.

The path followed by the prodigal is the same as that taken by each one of us, even if, most of the time, we try to distance ourselves from his behaviour and also make an effort not to behave in the way the elder brother did.

Wherein lies our similarity with the prodigal in the parable? In the fact that we think that what we have belongs to us. We ignore the fact that we owe what we have and who we are to God. We rely on our powers and abilities, without taking into account that what we’re relying on is a ‘pipe dream’, transient, impermanent, unstable and unable to guarantee our future. So we fall into the same error as did the prodigal, demanding our independence from God. Through our attitude and our life we declare that we don’t need Him, we can do without Him, and that we can arrange our lives perfectly well by ourselves.

At this point, my friends, we should beware a facile justification which we often put forward in order to remove the burden of such a comparison and the reality of our similarity to the prodigal in the parable. The justification is that we haven’t abandoned God, we haven’t rejected Him, nor have we become estranged from the Church, which is His house.

We may not have reached such an extreme form of apostasy from God as the younger son did, but our life and our choices aren’t in accordance with His commandments and His law.

We’ve allowed ourselves to be satisfied with human prosperity; we cling to material goods; we’ve adopted principles and values which have nothing to do with God; we labour in the service of masters who are enemies of God; we’ve been led astray by the enjoyment of worldly and material goods and delights and have forgotten fasting, restraint, prayer and repentance. We’ve said that we’re close to God when we haven’t denied Him openly and flagrantly, but our heart has been very far from Him.

Today, we’re experiencing the consequences of this apostasy of ours, of this spiritual alienation from God. We’re living them, together with the prodigal in the parable, because everything we’ve built our life upon is crumbling and disappearing.

But even at the last moment, there’s a solution, which Christ Himself shows us through the parable of the prodigal. There is something we can do. And that is that we can follow the prodigal on the path of return to God, a return which begins with repentance and leads to salvation.

Let us, then, imitate the example of the prodigal and follow him on the road to repentance and return to the embrace of God the Father, Who is waiting to grant us salvation.