On the Avaricious Nun

This account is quite well-known, but because its subject matter is related to the Gospel reading for the Sunday of Meat-fare, it is topical and therefore bears repeating (WJL).

6. On the avaricious nun.
There was in Alexandria a woman who was a nun, but in name only. Her clothing was modest, but by disposition she was miserly, severe and excessively fond of money. She loved gold more than she loved Christ. She never gave anything away to strangers, to the poor, to the distressed, to a monk or a nun, nor did she give a farthing to the Church. 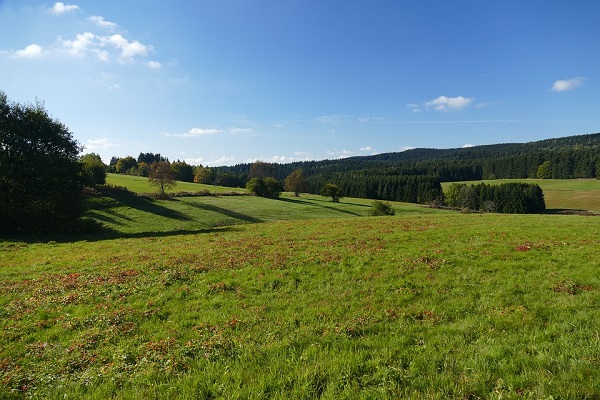 Despite the advice of the holy Fathers, she wouldn’t part with her money. She had some relatives and adopted the daughter of her sister, on whom she lavished her attention, day and night. In this way, she lost her desire for heavenly things, because this is also a machination of the devil’s. In other words, on the pretence of love for family he makes a person’s greed all the more acute. The fact that he’s not really interested in the relatives is clear from the fact that it was he who taught fratricide, matricide and patricide. This is confirmed by the holy Scriptures. And even if the devil puts some people in charge of the care of their relatives, he doesn’t do so for their good, but to make their soul unrighteous, because he knows full well the verdict that ‘the unrighteous shall not inherit the kingdom of God’ [1 Cor. 6, 9]. It is possible for those who are moved by spiritual good sense and divine desire to take care of their soul to assist their relatives with anything they need and to provide them with various kinds of consolation. But should they overburden their soul with care for their relatives, they come into conflict with the law by not giving proper attention to their soul. The holy hymnographer, David, sings of those who guard their soul with fear of God: ‘Who will ascend into the Lord’s mountain, or who will stand in his holy place? Those who are innocent and whose hearts are pure, who have not taken their soul in vain’ [Ps. 23, 3-4]. Those who don’t pursue spiritual virtues take an off-hand attitude to matters concerning their soul, in the belief that it perishes together with the flesh.

So this woman was a nun in name only and a stranger to the ascetic practices of monasticism. The most holy father, Makarios, a priest in charge of the poor-house for lepers, decided to ‘bleed’ her in order to relieve her greed. He’d worked as a jeweler or gemsmith when he was a young man and therefore thought up this ploy. He went to her and said: ‘I’ve got my hands on some emeralds and sapphires and I don’t know whether they were bought or stolen. They’re so valuable you can’t put a price on them. The owner wants five hundred coins for them. If you like, pay the five hundred, then pay some more to make them into jewelry for your niece’.

Because the woman in question would do anything for her niece, she was tempted by this love of adornment and, falling at his feet, pleaded with him: ‘Please don’t let anyone else have them’.

He urged her: ‘Come to my house and see them’.

She wouldn’t agree, but threw the five hundred coins to him, saying: ‘Please, get the stones, if you will. I don’t want to see the man who’s selling them’.

The holy Makarios took the five hundred coins from her and used them to meet the needs of the poor-house. A long time passed. Because Makarios had such a good name in Alexandria, being exceptionally devout and an elder of great compassion (he lived to be a hundred and we were contemporaries for a time), the woman was loath to approached him on the matter. Finally, she came across him in church and asked him: ‘Please, tell me what happened about the stones I gave you the five hundred coins for?’. He answered: ‘From the day you gave me the gold I used it for the stones. If you want to see them, come to my house*. That’s where the stones are. See if you like them or, if not, you can have your gold back’.

She was more than happy to go there. Women lived on the upper floor of the poor-house and men on the ground floor. When she arrived, he took her through the gate and asked: “Which do you want to see first? The sapphires or the emeralds?’. ‘Whichever you want’, she replied.

He took her up to the upper floor and showed her the women amputees, with their marred features and said: ‘Here are the sapphires’.

Then he led her down to the ground floor and showed her the men, saying: ‘And here are the emeralds. And I don’t think you’ll find anything more precious than them. If you like them, good. If not, take back your gold’.

After this, the nun became a changed woman and went home. She became ill with sorrow, because she hadn’t done this for God but because she’d been forced to. Later she thanked the priest. The niece she’d looked after got married, but died without issue. The nun then went on to dispose of her wealth in a more appropriate manner.

*The holy Makarios (or Palladios) may be playing with words here. Twice in the text he uses the normal Greek word ‘oikia’ for house. At this point, however, he uses a word of Latin origin, ‘hospitium’ which gives us the Modern Greek word for a house- ‘spiti’. However, it also gives us ‘hospice’, ‘hospital’ and ‘hostel’ in English. So, in 5th century Alexandria, would the nun have understood that she was going to the hospice or would she have thought she was simply going to the priest’s home, as he’d said the first time? Lest this use of Latin sound far-fetched, we should note that Palladios also uses the Latin word for a ‘jeweler’ in his description of Makarios [WJL].