The Denarius of the Joy of the Resurrection (1)

‘Come, let us work in the mystical vineyard, producing the fruits of repentance therein. Let us not labour only for food and drink, but let us also achieve the virtues through prayer and fasting. These are pleasing to the Lord of the task and He will give us the denarius through which souls are redeemed and the debt of sin is paid, for He alone is full of mercy’.
The first word of the doxastiko at Lauds on the 4th Sunday of Lent is an exhortation: ‘Come’!

Can it be that the hymnographer knows that, especially in our own day and age, our powers of endurance aren’t great and that the labours of Great Lent have already started to become exhausting? Can it be that he knows that the temptation of inertia, sloth and idleness has already knocked at the door of our soul, inviting us to abandon our course and forget all about our destination? 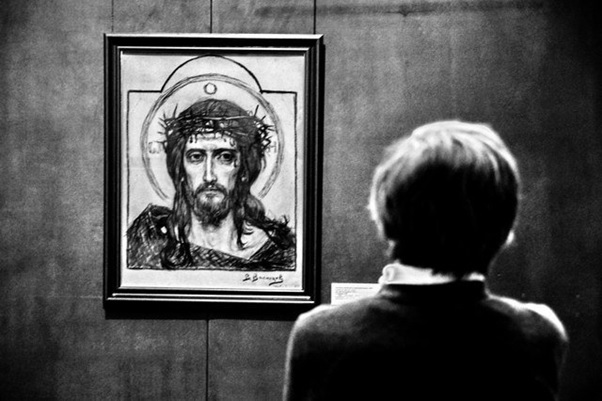 ‘Come’, ‘On we go’, he tells us as if he’s bidding us to get up. He takes us by the hand and draws us back to the place where we shall acquire repentance and the virtues.

In today’s hymn, this place is identified as being like a vineyard, in particular the one in the parable in chapter 20 of Saint Matthew’s Gospel. It’s where Christ compares the Kingdom of Heaven with a vineyard, the owner of which wished to cultivate it by hiring workers. He agreed a wage with those who began work early in the morning. Later he needed more and came to an agreement with them, also. Evening was falling when he realized the work wouldn’t be finished. He therefore took on others and agreed their wage with them. When the time came for them to be paid, they all received the same wage, irrespective of when they started work. Naturally, there were complaints from those who’d started work earlier, in the morning- the same complaints as those from people who insist on believing that God weighs souls on a human set of scales.

I think that, if we’re to understand the deeper meaning of this wonderful hymn we have to take into account the hope and encouragement offered by this parable. That initial ‘Come’, may not be directed only at the tired labourers who have undertaken to work at spiritual tasks from the very first day of Great Lent. It may also be aimed at those who thought that 50 days of fasting and abstention were too long and were afraid that they wouldn’t have the strength for them. They’re the ones who now see that the days are passing, but hesitate to enter the fray. They wonder: ‘Is there yet time?’.

Yes, there is time. The Lord wasn’t at all scathing towards the workers who came for the last hour. He gave a denarius to the first and a denarius to the last. Those of us who are coming late or haven’t been diligent shouldn’t worry. Let’s not submit to the temptation of discouragement. We mustn’t pay any attention to the complaints of those who started before us. There’ll always be those who justify themselves by looking at the failings of others. They aren’t the ones who’ll judge us. The Owner of the vineyard will do that. And He’s assured us that, in His eyes, there’s no distinction between first and last. What matters to Him isn’t what we achieve but our intentions. Even at the last moment, the vineyard awaits.