The Old Testament Readings in the Triodio

Great Lent is the most holy and the most conservative time in the liturgical year. Among the ancient ritual customs during this period is the particular arrangement of the readings of extracts from books of the Old Testament. In the 7th century, such readings formed the structural basis for the first part of the Divine Liturgy, or the Liturgy of the Word as that part of the service was commonly known. Three extracts were read then, one from the Old Testament and two from the New, that is an Epistle and Gospel. From the 8th century, the Old Testament reading was moved to the Vespers service, because of monastic influence. 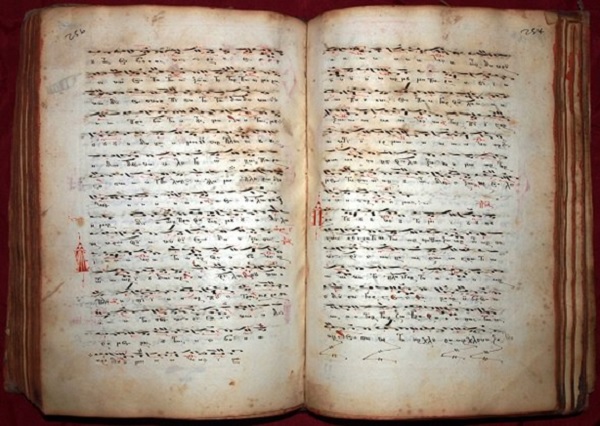 The readings are taken from three units of the Old Testament. From the historical books we have Genesis, Exodus, Joshua and Reigns 3 and 4 [i.e. Kings 1 and 2]; from the Prophets, Isaiah, Ezekiel, Joel, Zechariah, Jonah, Zephaniah and Daniel; and from the Wisdom books, the Proverbs of Solomon and Job.

Vespers on Holy Saturday is the culmination of the Old Testament readings. Fifteen excerpts are read during the service. These are from the books of Genesis (1, 10), Exodus (3, 6), Joshua (5), Reigns 3 [Kings 1] (8) and 4 [Kings 2] (12) and the Prophets Isaiah (2, 9, 11, 13) Daniel (15), Jeremiah (14), Jonah (4) and Zephaniah (7). In modern parishes, by dispensation, only three are read, beginning with the first (Genesis 1, 1-13), followed by the fourth (Jonah 1-4) and then the fifteenth (Daniel 3, 1-23), as well as the Song of the Three Children (1-33). The large initial number of readings was due to the need to cover the liturgical time while baptism of catechumens was taking place in the baptistry of the church. The same is true for the large number of Old Testament readings at Vespers on Christmas Eve (eight excerpts) and Theophany (thirteen).

Apart from the Vespers service, we also find Old Testament readings in the 6th hour on those same days. Similarly, at the 6th hour on the Wednesday of Cheese-week, an excerpt from the book of Joel is read, on the Friday of the same week an extract from Zechariah, on weekdays during Lent from Isaiah, and on the first three days of Holy Week from Ezekiel. The corresponding readings on Holy Thursday and Holy Saturday are tacked on to the end of Mattins, because the Hours are not read. The Old Testament reading of the 6th Hour is a remnant of the old Trisext service sung in parishes, which gradually fell into disuse. But the Biblical extract remained in the Trisext (that is, the 3rd and 6th hours together) monastic service. The reading was later incorporated into the service of the 6th Hour instead .

We also have Old Testament readings in the services of the Royal and Great Hours on Holy Friday. At the first Hour a portion of the book of Zechariah is read, at the Third and Sixth extracts from Isaiah, and at the Ninth an excerpt from Jeremiah.