This morning, 9 May 2019, Archimandrite Elder Aimilianos, former Abbot of the Holy Monastery of Simonos Petras on the Holy Mountain fell asleep in the Lord at the Holy Convent of the Annunciation of the Mother of God, Ormylia, Halkidiki.

You have made known to me the ways of life; you will fill me with joy with your countenance (Ps. 15, 11)

Elder Archimandrite Aimilianos, born Alexandros Vafeidis, was Abbot of the Holy Monastery of Simonos Petras from 1973 until 2000. He was born in Nikaia, Piraeus, in 1934, to devout parents, though by ancestry he was from Asia Minor. His grandmother on his father’s side, Evdoxia, was Constantinopolitan, while his grandfather was from Silivria in Thrace and had studied at the famous Theological School of Halki. In 1906, they moved to Simantra, in the blessed region of Cappadocia, where they served as teachers to the Greek population. After the Asia Minor catastrophe, they went to Greece, because of the exchange of populations. Though married, they lived as monastics, praying and keeping vigils. His grandmother went to her repose as a nun, with the name Eftaxia as did his mother, with the name Aimiliani. 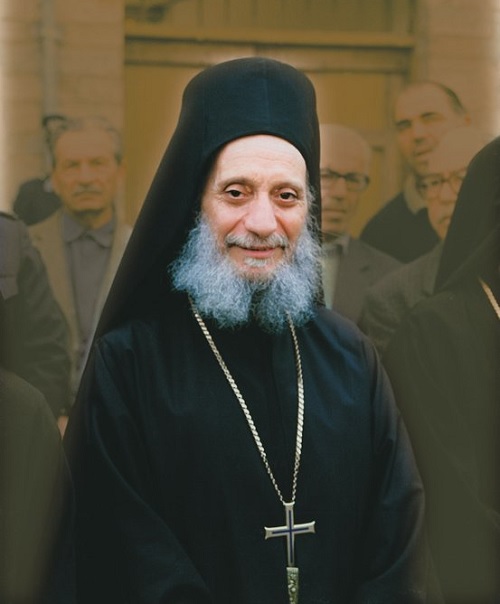 The Elder inherited his spiritual and bodily gifts from his grandfather and from his grandmother he gained indelible spiritual experiences. From childhood he bore within him the desire to devote himself to God and applied himself to the study of the Gospel and many Patristic books and to the unceasing repetition of the Jesus Prayer, from which he drew authentic answers and divine inspiration concerning the course of his life.

He attended primary school in Simantra*, Halkidiki, where his grandmother had settled and secondary school in Nikaia, Piraeus, where his parents were. He was an excellent student. He continued his studies at the University of Athens, initially in the School of Law, at which he spent two years before transferring to the School of Theology, where he could be trained in accordance with the inclinations of his soul.

During the course of his university studies, with a group of like-minded friends from his high school days, he became very active, organizing Sunday schools, talks and other events which allowed his spiritual, leadership and organizational gifts to shine. When he’d completed his studies, because of the prevailing thinking at that time, he considered the priesthood, with external mission as the ultimate goal. He judged that it would be better, however, to begin his preparations for this task in a monastery. He turned to Metropolitan Dionysios of Trikka [Trikala] and Stagi, who had just assumed his pastoral duties and was reputed to be a supporter of monasticism.

Elder Aimilanos’ tonsure as a monk
He came to Trikala in 1960 and placed himself at the disposal of the leader of the flock, who on 9 December 1960, tonsured him and gave him the name Aimilianos. He was registered as a monk at the Holy Monastery of Saint Vissarion, in Dousiko. On the 11th of the same month His Eminence Dionysios ordained him deacon in the church of Saint Paraskevi, Trikala. He was thereafter sent to various monasteries in Meteora, which were going through a time of shortage as regards numbers of monks. Then, on the feast of the Dormition of the Mother of God, in the year 1961, he was ordained to the priesthood at the Holy Monastery of Vitouma. 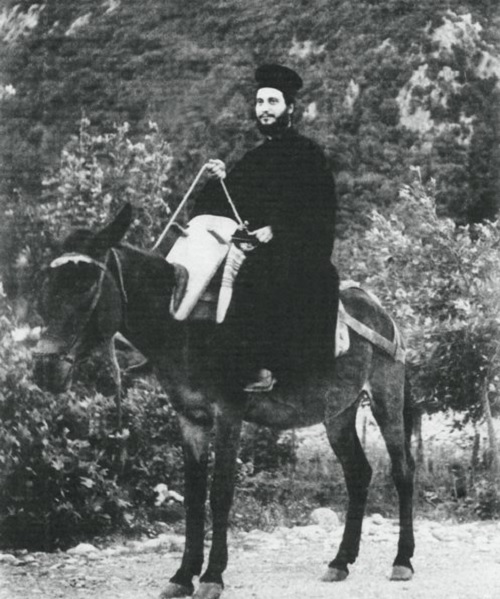 After his ordination to the priesthood he lived for four months, that is until December of that year, at the Holy Monastery of Saint Vissarion, at Dousiko. In that deserted and isolated spot he lived in complete seclusion and quietude, fervently and intensively seeking God, ‘Who saves us from storms and from faintheartedness’. In His providence, the Lord paid heed to his mystical pleas, appeared to His servant and, transfiguring his existence in the fire, revealed to him ‘the path of life’.

He now turned with might and main to the monastic life. All that was left of it at that time was a shadow of what it had once been, but with invincible courage and soaring hope he envisioned its revival and renewal.

*Many of the places where Greeks from Asia Minor settled were named after their original home town.