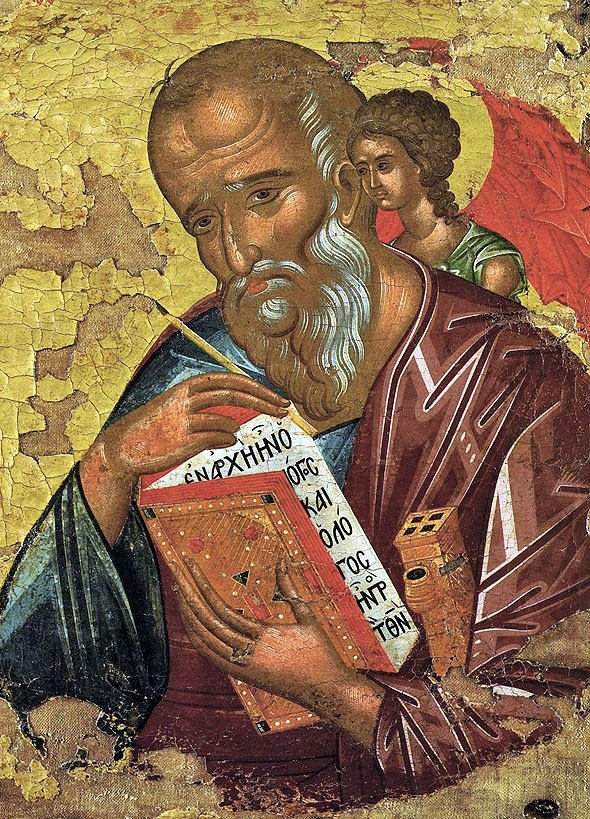 John was a son of Zebedee, a fisherman, and Salome, the daughter of Joseph, the Betrothed of Our Most Holy Lady, the Mother of God. When the Lord Jesus called him, John immediately left his father and their nets and, together with his brother, James, followed Him. From then on, he was never far away from his Lord, until the end. He was present, with Peter and James, at the raising of Jaïrus’ daughter, as well as at the Transfiguration. At the Last Supper, John reclined against Jesus’ chest.

When all the other apostles had abandoned the crucified Lord, John and the Mother of God remained at the foot of the cross. Later, at the Lord’s behest,  he took Our Most Holy Lady into his house, as if she were his mother, and looked after her until her Dormition.

After the Dormition of the Mother of God, John and his disciple, Prokhoros, went to Asia Minor to preach the Gospel. He lived in Ephesus and it was here that he laboured and prospered most. With his God-inspired preaching and his many miracles he converted a large number of people to the Christian faith and shook idolatry to its very foundations. The enraged pagans sent him to Rome as a prisoner to the Emperor Domitian. The latter had John tortured in a variety of ways, but neither the bitter poison they gave him to drink nor the boiling oil into which they cast him were able to shake his faith or harm him. 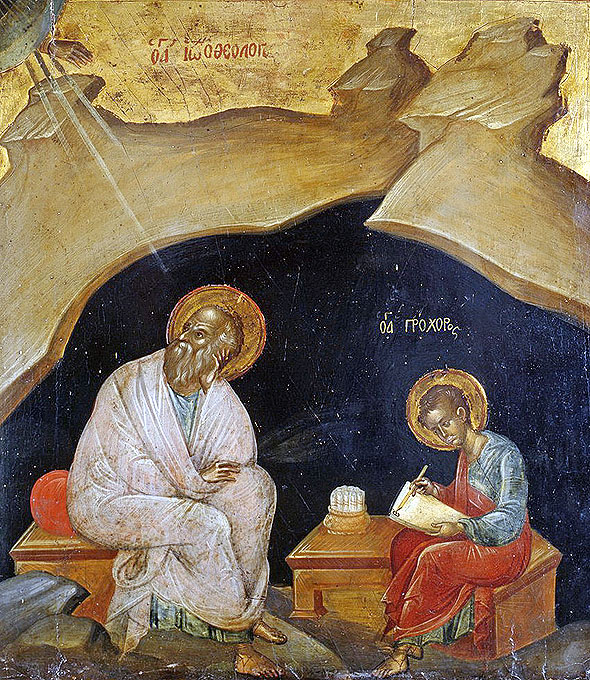 This terrified the emperor, who thought that John must be immortal, and so he exiled him to the island of Patmos. There the holy apostle converted many people to the faith through his words and deeds and strengthened the Church of God. It was on Patmos, too, that he wrote his Gospel and the Revelation. During the reign of Nerva, who had granted an amnesty to all prisoners, John returned to Ephesus, where he lived for a while and reinforced the work he had begun earlier.

Christ’s apostles didn’t merely speak but confirmed their words with works. Saint Clement of Alexandria has the following story to tell: somewhere in Asia Minor, Saint John the Evangelist had baptized a young man who’d been a pagan, and he confided him to the care of the care of the local see while John himself went off to preach. But in John’s absence, the young man went to the bad: he started drinking and stealing; he became a member of a gang of robbers who had a lair in the woods, attacked people and robbed them of all they had. When John returned shortly afterwards, the bishop told him what had happened to the young man. Without wasting any time, the apostle found a horse and guide and set off for the forest where he would encounter the robbers.

After a search, the saint found them and came face to face with the leader of the gang. No sooner did the young man recognize John than he ran off to hide. Despite his advanced years, John chased after him and managed to catch him. The young man fell at the feet of the saint, covered in shame and unable to look him in the eyes. John embraced him and kissed him, as a shepherd would a lost sheep. The saint brought him back into the town, confirmed him again in the faith and strengthened him in a life of virtue. Having become pleasing to God, after a time the man went to his rest in the Lord.

Saint John the Theologian was more than one hundred years old when he departed to the Lord. When his disciples opened his grave, they found no body. On May 8 every year, a fine, fragrant dust with powers of healing rose from the grave.

After a long and fruitful life of labour on earth, the beloved disciple of Our Lord Jesus Christ, this true pillar  of the Church, went to reside in the joy of his Lord.