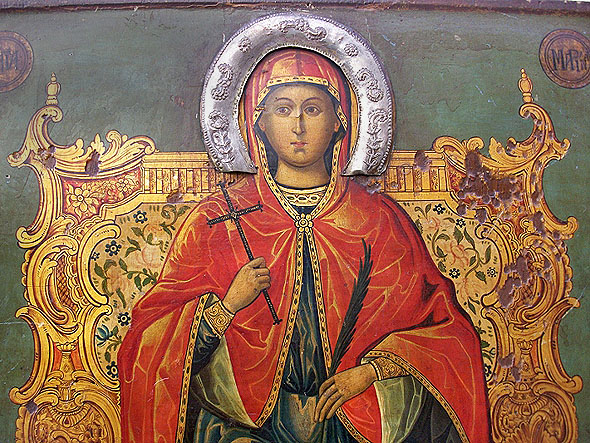 Saint Marina was from a village in Pisidia, the daughter and only child of a certain Aidesios, a pagan priest, and lived in the reign of Emperor Claudius II. When she was twelve, her mother died and she was given into the charge of another woman and she asked of God to be granted the faith of the Christians, which was being taught in the village by some of them at that time. When she became fifteen, in 270, she had a desire to die as a martyr for the love of Christ. With one occasion, the governor Olymbrius sent people to arrest her and cast her into prison. After several days had passed, she was fetched from the prison and appeared in court before him. But when he saw her, he was astonished at her beauty.

He asked her name and her circumstances and she replied: “I’m called Marina; I was born and bred in Pisidia; and I call upon the name of my Lord, Jesus Christ”. Since she wouldn’t consent to deny Christ, the governor ordered that she be stretched out on the ground and beaten mercilessly with rods. 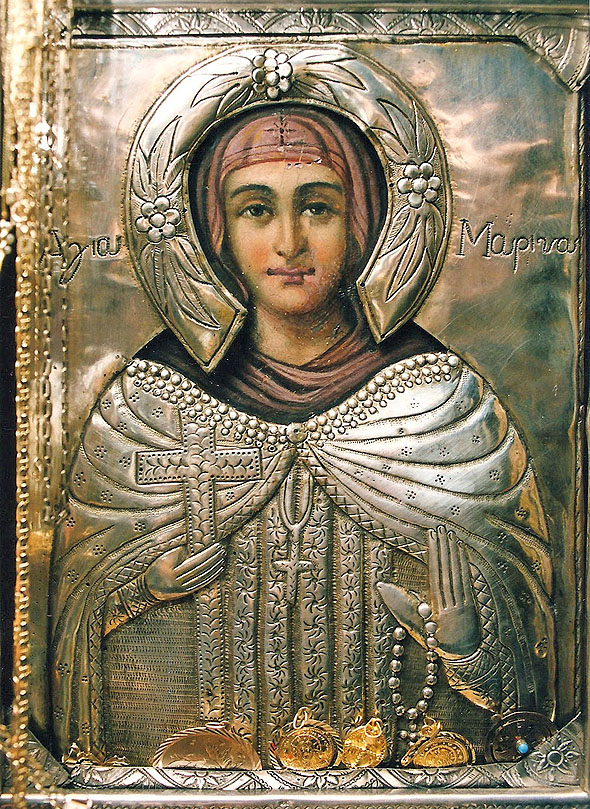 She was brought to a second examination and, because of her persistence in the Christian faith, was burned with lighted candles and placed head-down in a vat full of water. Since she remainesd unharmed, she attracted many unbelievers to faith in Christ who were beheaded and won crowns for their efforts. The governor then became angry and struck off the saint’s head. Her synaxis is held in the church of Saint Minas.