On the Word of God

We said previously that Saint John the Damascan tells us that God is one. He demonstrated with powerful arguments that there cannot be many gods.

He now tells us that this one and only God has a Word. This is right and reasonable, because we can’t imagine God as being wordless. What do I mean when I apply ‘word’ to God. Let’s clear this up at the beginning. I mean what we would call ‘reason’ although neither one nor the other really applies to God [In Greek, the word ‘logos’ means both ‘word’ and ‘reason’]. Can we imagine a human person without word or reason? No. There’s no such thing as a [normal] person without speech or reason. So, God isn’t wordless [or without reason]. The difference between God and us in this matter is that our word doesn’t have a hypostasis; it’s not embodied as a person. I’m a person and, as such I have word and reason. But when I pronounce my word, express my thought, the word emerges and passes into the air. The word and reason of God, however, isn’t without hypostasis: it has existence in the form of a particular person. And this Word of God was there from the beginning, He didn’t come into being later. If we say that He came into being later, we’d be stating the blasphemous notion that there was a time when God was wordless, since He didn’t have a Word. How then did He make the wonderful cosmos? Without the Word? Creation is without reason? How can we say that God is wise if He had no Word or Reason? [1]. Is a human being who’s without reason wise? 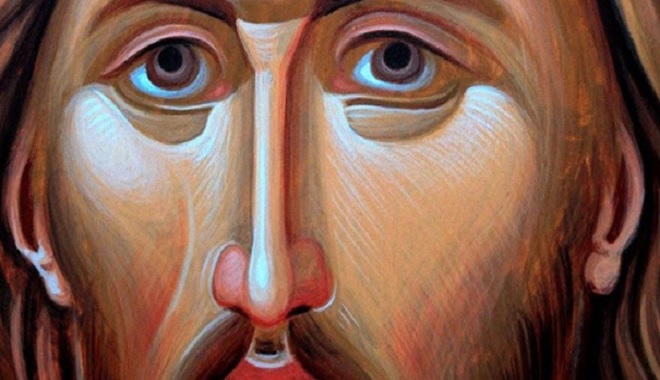 The Word of God also differs from ours inasmuch as the Word of God does not leave him, in the way that our words spill out into the air, as we said. The Word of God is always in God. As Damaskinos says: ‘For where could He be, if He were to go outside God?’

As people, our nature’s perishable and easily dissolved, and this is why our word is without subsistence. Since God is not perishable but always exists and is perfect, He had and will always have His Word subsistent within Him. The Word of God, then, has always been with Him from the beginning, everlastingly as we say, and possesses all the attributes of God, Who begot Him. He is God, just as the Father is.

There is, though a certain similarity between the Word of God and that of us people. This is part of God’s dispensation, so that we conceive of the relationship between the Word of God and God the Father. Just as our words proceed from the mind, but aren’t entirely identical to the mind, nor, on the other hand, completely different from it (‘for so far as it proceeds from the mind it is different from it, while so far as it reveals the mind it is not completely different from it), the same is true of the Word of God. He’s differentiated from God inasmuch as He’s not the same Person. But since He demonstrates in Himself all the same attributes which God possesses, which means that He is the same as God. Since God the Father is absolute perfection, so, by the same token, is the Word Who was begotten by Him.

[1] A church dedicated to Ayia Sofia is emphatically not dedicated to Saint Sophia but to ‘The Holy Wisdom of the Word of God’, that is to Christ. The name is sometimes spelt Haghia Sophia, but that would represent a pronunciation some 800 years out of date, if, indeed, it ever existed [WJL].