In these talks, my friends, we’re presenting in simple form the well-known work of Saint John Damaskinos (the Damascan): The Exact Exposition of the Orthodox Faith.

We know that God is beyond our capacity to understand. This doesn’t mean, however, that He’s left us in complete ignorance: He’s revealed His glory to us, first in nature and then, more fully, in the sacred books of Holy Scripture, the Old and New Testaments. On the basis of the revelations of Holy Writ, we’ve learned that God is three persons but one essence. He’s the Father, the Son and the Holy Spirit. We also know now that the Father begot the Son and that the Holy Spirit proceeds from the Father. 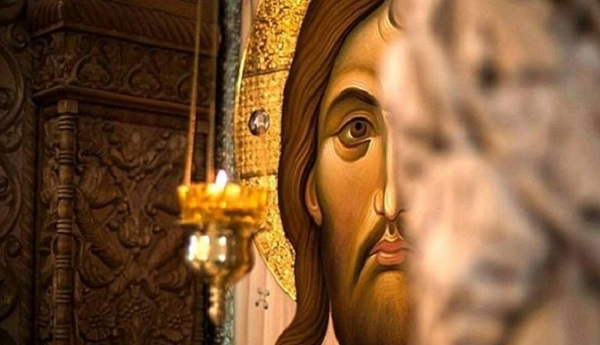 We also say today that we know from the Holy Gospels, and we believe and confess, that the Son of God (Who is Himself God), in His great love for us and for our salvation was conceived through the power of the Holy Spirit, without male seed, in the womb of Mary, the Mother of God. He was then born from her, without change, becoming perfect human and remaining perfect God, ‘theanthropos’, to use the Greek expression. These two natures of Jesus Christ, the human and divine, united, though without any commingling, in one person and one persona [‘hypostasis’, the embodiment of a reality. WJL.], the persona and person of the Son of God. We’ll deal with the matter of two natures united in the person of Jesus Christ in another talk in this series. And do bear in mind, my fellow Christians, that these truths of our faith cannot be understood through reason. In other words, we can’t conceive what the divine essence might be like, how God was begotten by God, how the only begotten Son of God became a human person through the flesh of a virgin, how she formed Him in accordance with a law different from that of our own birth, or how He was able to walk on the waters of the sea without His feet getting wet and so on and so forth.

We confess this with faith, however, because it has been transmitted to us through the divine words of the Old and New Testaments.

So, with the revelation afforded us by Holy Scripture, the Old and New Testaments, we believe and confess that God exists. But most people accept that, even idolaters. As Saint John Damaskinos tells us, knowledge of God is part of our natural make-up. But the wickedness of the evil one, the devil, has come to dominate human nature to such an extent that some people have said the stupidest and worst thing that can ever be said: that God doesn’t exist. Concerning such people, the interpreter of the holy mysteries, King David, says: ‘the foolish have said in their hearts that there is no God’ (Psalm 13, 1). These are the unbelievers and atheists. But the disciples and apostles of Christ, those fishermen, netted the atheists and, through their teachings and miracles, brought them to knowledge of God. In a similar fashion, the successors of the apostles, the shepherds and teachers of the Church, through the Grace of the Holy Spirit illumined the benighted and deluded atheists through their miracles and teachings and brought them into the light of truth. Damaskinos says that we ourselves haven’t received the gifts of miracles and teaching because we’ve made ourselves unworthy by our attachment to secular pleasures. We can, however, speak a little about the matter of God’s existence, taking from what has been given to us by the enlightened teachers of Grace, the holy Fathers. But as Damaskinos says, we have to pray to the Holy Trinity, to the Father, Son and Holy Spirit, if we’re to transmit properly the teaching we’ve received. 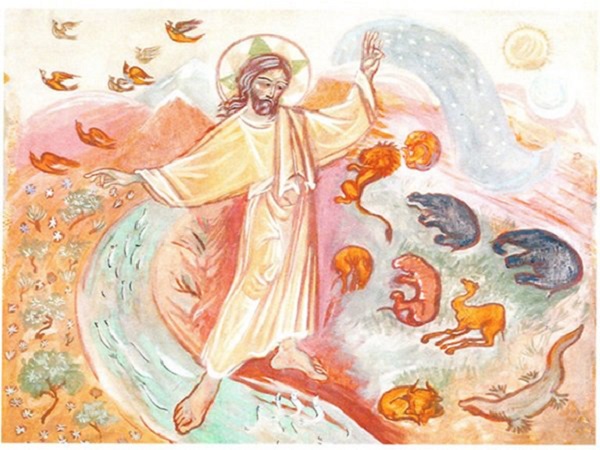 He begins by saying: ‘All things that exist are either created or uncreated. If then, things are created, it follows that they are also wholly subject to change. Things whose existence originated in change must also be subject to change, whether it be that they perish or that they become other than they are by an act of will. But if things are uncreated, they must, in all consistency, be also wholly unchangeable. For things which are opposed in the nature of their existence, must also be opposed in the mode of their existence’. (Exact Exposition, book 1, chapter 3).

So, according to the above, all the beings we recognize, given that they’re created, must also be subject to change, alteration, transformation, in a variety of ways. Angels are among created beings. Angels, like souls and demons, belong to the ‘rational’ creation. Since they’re created, they’re transformed in accordance with their disposition. In other words, with their inclination towards good or their regression from it. Beings subject to change are therefore certainly created, and were created by somebody. This someone, this creator, must be uncreated, because, if we say that this creator was created by someone else, then that someone else must be uncreated. The creator, then, is uncreated and, as such, is not subject to change. Damaskinos asks: ‘And who could this be other than the Deity?’.

This is Damaskinos’ first argument concerning God’s existence. He proceeds, however, to another one: ‘And even the very cohesion of creation, its continuation and administration teach us that God exists’. He exists Who structured everything, holds it together, maintains and provides for it. How else could opposing forces, such as, for instance, fire and water or earth and air have combined and remained indissolubly linked, were it not for some omnipotent power always binding them together?

Damaskinos goes on to ask: ‘Who is it that gave order to things of heaven and things of earth and all those things which move in the air and in the water?’. Or rather, who was it who brought into existence the things which existed even before all this? Before the heavens, the earth, air, fire and water. Who set in motion the process by which they’re now set on a fixed course without let or hindrance? This would be their creator, who implanted the law by which the universe runs normally. Even if we say that existence was spontaneous, we can’t say the same for order. And even if we did, who is it that has preserved them and kept them in harmony all this time? Surely we must admit that this must be something other than spontaneous chance. That something is God.