Proof that God is One, not Many

[Having shown what God is and that He is incomprehensible] Saint John goes on to prove that He is One, not many. This is clear to those who are convinced by the Holy Scriptures. The Lord says as much at the beginning of the Law: ‘I am the Lord your God, Who brought you out of the land of Egypt. You shall have no other gods but me’ (Ex. 20, 2). And again God says: ‘Listen, Israel. The Lord your God is one Lord’ (Deut. 6, 4). And through the Prophet Isaiah, He says: ‘I am God, the first. And I shall be forever. There is no other God but Me. There was no god before me nor will the be another one after me. There is no other God but Me’ (Is. 43, 10-11; 4, 6). And our Lord, Jesus Christ, speaking to His Father in the Gospel, says: ‘Eternal life is that they may know You, the One true God’ (Jn. 17,3). 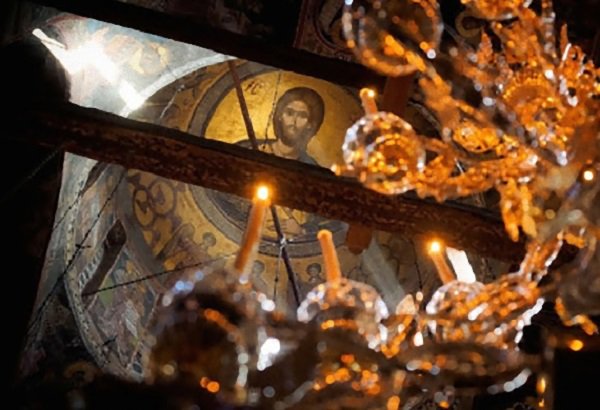 But Saint John engages in a different way with those who aren’t convinced by the Scriptures. He says: ‘Everyone agrees that the Divinity is perfect, that it lacks nothing, either in goodness, wisdom or power. The Deity is without beginning, without end and is everlasting and uncircumscribed, and so we say, in short, that God is perfect in every way. But if we accept that there other gods, we have to talk about differences between the gods. Because if there aren’t any differences, this would essentially mean that there was only one God, not many. If, however, there are indeed differences between these many supposed gods, where’s the perfection? Because something is bound to be missing from one of the gods in comparison to another god who has it. If any of them falls short, be it in goodness, power, wisdom, time or place, they can’t be a god. So if there are many gods, they must be precisely the same, all of them perfect. But this very identity and perfection demonstrates that there’s one God, not many gods.

Again, if there are many gods, how would the world be governed? It would fall apart and be destroyed if there were many rulers, because there’d be bound to be strife among them. We know that differences produce strife. And suppose you say that there wouldn’t be any strife, because each god would have his or her own realm, you then have to ask: ‘Who imposed this order and apportioned the realms?’ That would be the being we would have to call God, not the rulers of particular realms.

From these simple but powerful arguments on the part of Saint John Damaskinos, we can conclude that God is one, is perfect, uncircumscribed, the maker of the universe and its preserver and governor, exceeding and preceding all perfection.

Moreover, it’s logical to state here at the end, as Saint John points out, that duality originates in unity (2 is 1+1).