The Divine Liturgy of Saint James the Brother of Our Lord, the Day After

Yesterday was the feast-day of Saint James, the Brother of Our Lord.

On that day, some bishops and priests make a point of celebrating the Divine Liturgy that bears his name.

I shan’t get involved with the question of how authentic or pseudonymous it is, to what extent it’s Early Christian or later. The Liturgy’s in the possession of the Church and we shouldn’t look into only the historical development of its original core. If something belongs to you and you have the original with its initial spiritual freshness, you can then develop and invest it in order to meet the needs of the worshipping community. 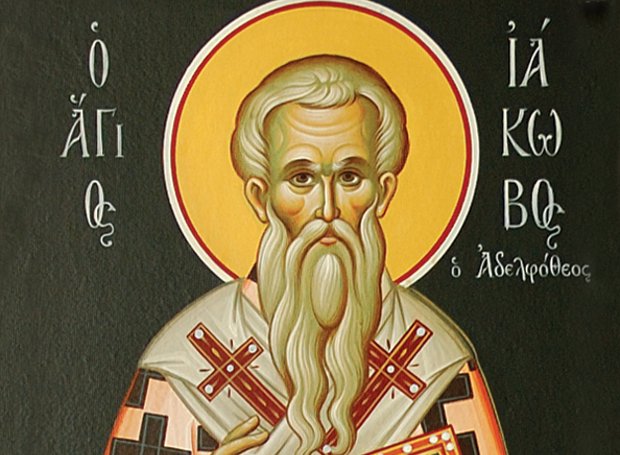 Personally, I enjoy this Liturgy because it’s a reminder of a different way. Another way of worship life and existence of the Church. Perhaps it’s a reminder of the Church as we see it in the Acts of the Apostles and the texts of the Early Fathers, rather than the Byzantine splendor and opulence which, in the end, became the norm in the Eastern, Orthodox Church.

So I’m glad it’s celebrated. But it seems to me a bit hypocritical of us to pretend to be Early Christian clergy and laity for one day, and then, on the next, to return to the splendor and the usual way of doing things.

Shouldn’t this make us think? Are there some things about this Divine Liturgy of Saint James that we should take with us to the next day? What are we left with on October 24?
Here are some issues that we should address, in my opinion.

1. Simplicity. The simpler were are in worship, the more room we leave for Christ to appear. Restrained movements while celebrating, simple vestments which recall the celebrants in icons rather than Ayia Sofia in Constantinople and imperial choreography.

2. Involvement of the congregation. The words of the prayers are intense. The prayers of the Liturgy aren’t only for the serving priest. This is clear from the reading aloud which assists in common prayer and in the instruction of the faithful. These prayers are written in the plural because they refer to the congregation as a whole. Secret reading and effective concealment from the congregation essentially deprives the laity of important, sublime prayers and, particularly, of their due, a right they have deriving from their baptism and Chrismation, through which they belong to ‘the holy nation, the royal priesthood’. As the distinguished theologian Panayiotis Trembelas emphasizes, in worship, clergy and laity celebrate together. Why do we have this bad habit? It’s a regrettable legacy from the time of Turkish rule, when the Church was in spiritual decline and illiteracy prevailed. This is how these ‘silent prayers’ came about and today we think that this bad practice is, in fact, our tradition. A big issue. Participation’s also expressed through the common recitation of the Creed and the Lord’s Prayer. And because the hymns are simple, we can all sing them together. If only we could see this is our parishes today. A vibrant congregation, with a heart and soul, singing and praying, taking part in the Liturgy with the celebrant, rather than people with eyelids drooping from stupefaction and boredom. Or who are looking for an opportunity to ‘take a break’ by striking up a conversation with the person next to them since they realize that the service is a matter only for the priest and the choir.

Finally, the exchange of the embrace of peace with those near us allows us to open up and realize that the Church isn’t an individual matter but has to do with the community. We’re saved only through the community of the faithful- that is, we exist in its totality- not when we only fulfil and satisfy our personal religious requirements.

May Saint James set us thinking. That is, all of us who insist on not regarding the Church as a museum, but as a home and a spiritual family.