The Myths and Morals of Multi-Culturalism

In an interview with the newspaper Sunday Makedonia on 30/5/2010, Eleni Glykatzi-Ahrweiler spoke in no uncertain terms: Byzantium [1], she said, was, indeed, multi-national, but it had only one culture. This distinguished [2] Byzantine scholar thus told us the secret of how a state survived for 1100 years. Mono-cultural states have a future; multi-cultural ones collapse, either peacefully or through the force of arms. Remember the case of Yugoslavia. Observe the fragmentation processes at work in Skopje (Muslim Albanians versus Orthodox Slavs) or Belgium, (where the Flemish population would like to separate from the French Walloons) [3]. It may be possible for a society today to welcome a certain- not unlimited- number of immigrants from other countries, but it must incorporate them into a single, unique, cultural model. Mono-culturalism saves societies, keeps balances and removes the threat of fragmentation and ghettoization. 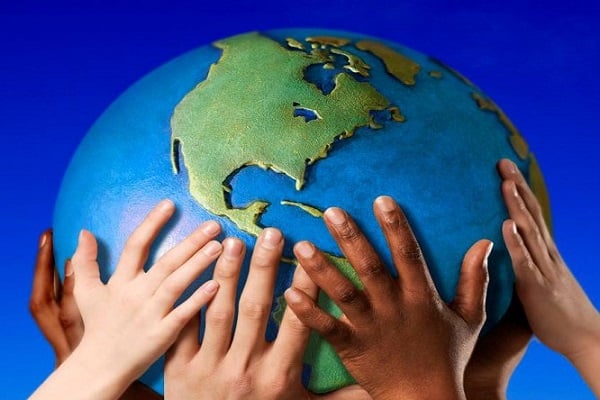 Greece is one country where people, alas, have not learned from history. Instead of admiring mono-cultural ‘Byzantium’ [‘Romania’ as its citizens called it], Greeks have been taught by imported propaganda and the clamor of vocal minorities, to sing the praises of multi-culturalism. Some people recklessly want to bring into the country models of society that have nothing to do with the country’s history, psychology, social requirements and so on. The multi-cultural model is being tested in the USA, which is very much a country of immigrants. In Europe, serious countries are battling multi-culturalism and are talking instead about a single cultural model that everyone should follow. The result of the multi-cultural psychosis is the inertia of Greek authorities over the past twenty years in the face of the problem of illegal immigration. Those who have spoken publicly about the ill-advised and uncontrolled numbers of illegal immigrants run the risk of being pilloried with the familiar beguiling epithets employed by the supposedly progressives.

Throughout Europe, the doctrine of multi-culturalism is collapsing. People are placing greater emphasis on their national identity and are trying to define the number of immigrants they can comfortably welcome. When the governing class in a country fails to take measures in favor of a mono-cultural society, we see a rise in support for the far right. Those who genuinely do not wish to leave the solution to problems in the hands of extremist political movements should encourage more moderate parties to take timely steps against the myths of multi-culturalism. Racism gains no ground when the national and religious values of the majority are protected. It does gain ground, however, when we ignore the rights of the many in the name of a fake humanism which leaves a country in a state of utter neglect and leads to an increase in crime and the destruction of society.

As an Orthodox Christian, I’m opposed to both extremes. Both to nationalism and racism and also to the multi-cultural myths aimed at doing away with the nation. In Greece, we need to stop swinging from one extreme to the other and to choose the middle path of Aristotelian reason. We cannot become a fortress with locked gates, but neither can we become a paradise for every illegal immigrant and people smuggler. The mono-culturalism of Ancient Greece [4] and Byzantium ensured the continuation of the Greek people. We have an obligation to our young people to continue on this course, to preserve this culture. Our identity as Greeks and Orthodox Christians teaches us understanding and tolerance towards other cultures. But this should not be to the detriment of our national interests and our historical self-awareness.

[1] Properly, ‘New Rome’, the capital of which was Constantinople. Byzantium was a much smaller, ancient town which was absorbed into Constantinople. The term was first used to mean the Empire of New Rome by the German, Hieronymus Wolf, in 1557, but did not pass into common use until the 19th century, in the west. Of course, from the time of Charlemagne and his claims to be the Holy Roman Emperor, Germans, in particular, referred to New Rome as ‘the Empire of the Greeks’. The Ottoman Turks called it Rûm.
[2] ‘Distinguished’ hardly does her justice. Her academic achievements and activities are formidable. In 2008 she was voted as being among the 100 greatest Greeks of all time. Any readers who speak Greek might be interested in an outspoken video interview she gave on the subject of New Rome at https://www.youtube.com/watch?v=-ruaRQTWmek.
[3] And, at present, the efforts of Britain to leave the EU, as well as the determination of countries such as Poland and Hungary to remain mono-cultural.
[4] If I may be permitted an observation that most Greeks are well aware of and which supports the author’s point, even Ancient Greece, though certainly mono-cultural, was not mono-ethnic. This can be seen from the fact that many words which we think of as quintessentially Greek, are, in fact from other languages: Athena, Heracles, Olympus, Aphrodite, thalassa (sea) and so on. The fact that we are surprised by this demonstrates the extent to which the other peoples were successfully assimilated. In the empire of New Rome, of course, the cohesive element was Orthodox Christianity.