When we went to the island of Samos, we visited the monastery called Harixenou. The abbot was Abba Isidoros, a virtuous man with great love for others and adorned with simplicity and immeasurable obedience. He later became bishop of the town of Sabia [?] and it was he who told us this story.

About eight miles from the city, there was a village with a church. The priest there was a wonderful man, who’d been forced into marriage by his parents, against his will. Not only did he avoid falling into the trap of sensual pleasure, even though he was young and was legally married, but he also had his wife living in purity and restraint. Both of them learned the psalter, they celebrated all the church services together and remained virgins until their old age. One day, false charges were laid before the bishop concerning him. The bishop know nothing about him, so he had him brought from the village and put in the prison where clergy guilty of some infringement were locked up and guarded. 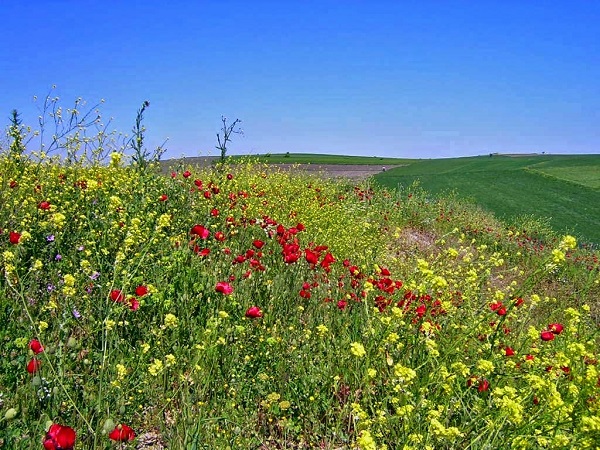 While he was in jail, the holy day of Sunday came and on the eve a very courteous young man appeared before him and said: ‘Get up, father, and go to your church to do the Preparation’.

The man who’d appeared said: ‘I’ll open the door. You follow me’.

Once the door had been opened, the man went first and they walked along until they were about a mile outside the village. When day had dawned, the jailer couldn’t find the priest and went to the bishop.

‘He’s escaped’, he said, ‘even though I had the key’. Since the bishop thought the priest had escaped, he sent one of his servants, telling him: ‘Go and see if that priest is in his village, but, for the moment, don’t do anything to him’.

The bishop then became even more angry with him and said: ‘I’ll bring him back tomorrow in disgrace’.

On Sunday night, the same young man again appeared to the priest. ‘Let’s go back to the town, where the bishop was holding you’.

He brought him back and restored him to the prison, without the jailer’s knowledge. On Monday morning, the bishop learned from the latter that the priest was back in prison, without anyone knowing anything about it. So the bishop sent someone to ask the priest how he’d left the prison and then returned without the jailer being aware of it. He replied: ‘A very comely young man, beautifully dressed, on the staff of the bishopric according to him, opened the door and accompanied me to within a mile of the village. Last night he came again and brought me back’.

The bishop paraded the whole of his staff but the priest didn’t recognize any of them. The bishop then realized that it was an angel of God who’d done this, so that the priest’s virtue wouldn’t remain concealed, but rather that everyone would learn about it and glorify God Who glorifies His servants. The bishop was convinced and let him go in peace, while also complaining loudly about those who had slandered him.