On the Holy Spirit

[Following his chapter on the Son/ Word of God] Saint John the Damascan tells us that the Word of God must have a Spirit. In any case even our own word has. In us, however, the spirit is foreign to our nature. In us, the spirit is an attraction and movement of air which enters and leaves us for the sustainment of the body, as experts know very well. So this spirit, at the moment when we wish to utter something, becomes the voice of the word, a voice which, through its presence, reveals the force of the word.

Just as there’s a spirit in people in this general sense, we have to admit in all piety, says Damaskinos, that there exists a Spirit in the divine nature, which is simple and uncompound. Otherwise the Word of God would be inferior to ours, since it would be lacking the Spirit. The Spirit of God is, however, very different from ours. As we’ve said, our spirit is foreign to our essence, because it’s a movement of air which enters from outside. Concerning God, however, it would be impious to think that His Spirit is foreign and enters from the outside, as is the case with us and our compound nature. 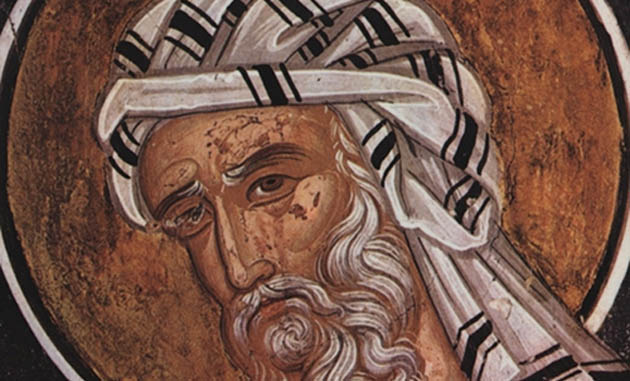 In the previous chapter [Book I, chapter VI of The Exact Exposition of the Orthodox Faith] Saint John told us that the Word of God is a Person, not the product of learning, nor the utterance of a voice, nor the passage and subsequent disappearance of air into the atmosphere, as is the case with our own words. He said that the Word of God is a Person and is all-powerful. We can say the same about the Spirit of God, Who accompanies the Word and reveals His energy. And we can’t say that the Spirit of God is without subsistence (without a ‘hypostasis’), because, if we do, we diminish the majesty of the divine nature and equate the Spirit of God with our own. Rather, we think of the Spirit of God as an ‘essential power’, meaning a power which isn’t abstract but a Person Who proceeds from the Father and rests in the Word. He is a power with divine essence, Who can’t be separated from God in Whom He exists, nor from the Word, Whom He accompanies. The Spirit of God never falls into non-existence, but, like the Word of God, always exists as a living Person, with volition and power, having neither beginning nor end. The Word was never absent from the Father, nor the Spirit from the Word.

Since we have such faith regarding the Word and the Spirit of God, we’re opposed to both the polytheism of the Greeks and the erroneous monotheism of the Jews.

a) We believe that both the Word and the Spirit are God, though we don’t believe in three gods, because, as we’ve said we believe that all three Persons of the Godhead have the same divine nature and that there is no distinction among them as regards this nature. So we’re against the Greeks on this: we aren’t polytheists.

b) But we’re also against Judaism, against the monotheism of the Jews, that is. Because they didn’t have a clear faith in the distinction of the Persons within the Godhead. 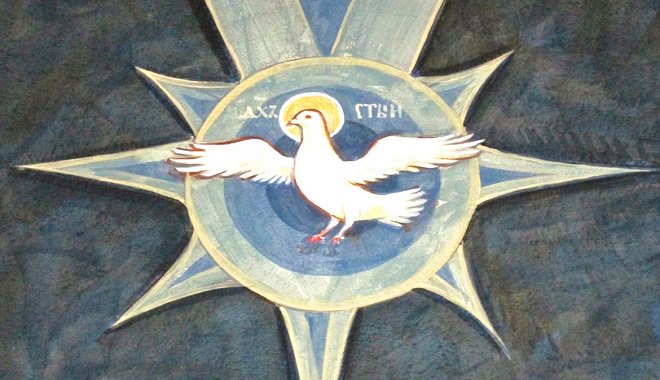 With our own correct belief in the Persons of the Godhead, we preserve ‘the profitable’ from both sides, that is, from Judaism and from the Greeks. For our faith concerning the Word and the Spirit of God destroys the Greek error of polytheism and it also overthrows the dogma of the Jews. So, from the Jewish faith we retain the unity of the nature of God and from the Greeks we have the distinction of Persons, but only that.

Now if a Jew, because of the mistaken notion they have of the unity of God, refuses to accept that God has a Word and Spirit, they should consult the Holy Scriptures, the Old Testament, and this will curb their tongue. Concerning the Word, David says: ‘Lord, your word dwells in heaven unto the ages’ (Ps.118, 9). And again he says: ‘He sent his word and healed them’ (Ps.106, 20). In these passages, when David says ‘word’ he doesn’t mean oral speech, since the word of the mouth is neither sent nor does it dwell ‘unto the ages’.

Regarding the Spirit, too, David says: ‘You send forth your spirit and they shall be made’ (Ps. 103, 30). And elsewhere he says: ‘By the word of the Lord, the heavens were established and all their power is in the spirit of his mouth’ (Ps. 32, 6). Job also says: ‘The spirit of God has made me and the breath of the Almighty sustains me’ (Job 33, 4). Damaskinos says, however, that a spirit which is sent and creates, which establishes and sustains, isn’t simply breath that disperses, any more than the mouth of God is a bodily member. He concludes that both should be understood in a manner that is proper to the divine nature.

You can read the previous chapters here