The Consequences of Rationalism in our Life

We might define rationalism as excessive dependence on our reason, its elevation to the supreme authority and absolute value. It’s a culpable attitude of mind and outlook on life rather than a simple sin. Essentially, it’s lack of faith. Rationalism is the most typical and insidious expression of pride, which underlies all our sins, invades all our actions and poisons all our good works. It leads to self-justification and, in the end, to an unrepentant attitude, which closes the door on God’s mercy. Pride is the beginning and end of all evils. According to the late Elder [Saint] Sophrony, at Essex, pride ‘is the permanent threat to human life’; ‘it lies at the root of all the tragedies of the human race’; and ‘is the essence of hell’. Proud people- lay, clergy or monastics- become individual persons and can bring spiritual death and hades- hell- not only to themselves but also their family, their monastery and the whole of their environment.

Rationalists subject pure, spontaneous faith to rational processes, seeking arguments and proofs. They believe only in what can be understood and accepted by the brain. This is why most people today, even many Christians, don’t believe in the immortality of the soul, the existence of the next life, the resurrection of the dead, paradise and hell. They even deny the existence of the devil, that pre-eternal enemy of ours. They ignore the fact that the devil is a person with a mind and will, and that he’s the cause and source of evil. Instead, they accept the general, vague notion of the existence of the ‘forces of evil’.

They don’t believe in the sacraments of the Church, such as confession, Holy Communion or marriage which has been largely replaced by co-habitation in a free relationship outside marriage. They deny or selectively accept the dogmas of our faith, the Gospel commandments, worship, devotion and the tradition of our Church, because they can’t get their minds round any of them. 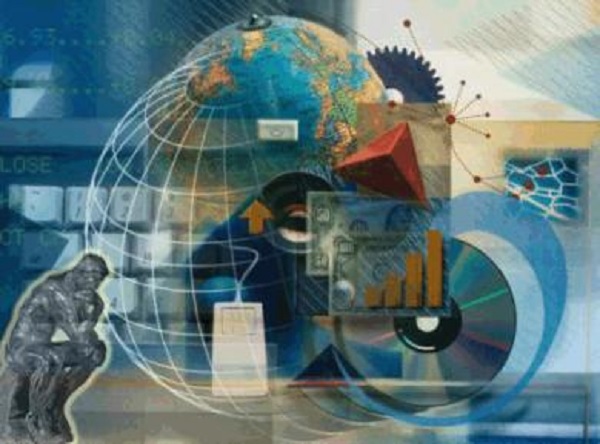 We should make it clear at this point that our reference to the negative phenomenon of rationalism and its concomitant effects on our spiritual life in no way undermines or rejects reason itself, which is God’s supreme gift to us, which distinguishes us from dumb animals and the rest of creation.

Rationalists replace reference to and trust in God, which is faith, with thought and intelligence. But in essence this does away with faith, because God isn’t proved to us; He’s revealed. He manifests Himself mystically. He’s experienced in the heart, spontaneously, simply, humbly and quietly. This is why rationalism is essentially lack of faith. It’s another form of atheism, perhaps worse than absolute, pure atheism, because it placates us and deceives us into thinking that we’re- supposedly- believers.

This is precisely the reason which makes rationalism, the rational outlook on faith, one of the most serious obstacles and insoluble problems which threaten and distort the spiritual progress of believers today, endangering their salvation.

We might say that rationalism isn’t simply a single, particular sin. It’s not a fall, a mistake, which is natural and human and could occur to any of us who are striving for our salvation. None of us are sinless or infallible. This is why all our sins and transgressions are forgiven when, with genuine repentance and contrition we place them under the stole of our spiritual guide at the sacrament of confession.

So rationalism transcends the narrow bounds of sin and functions in a different manner, undermining the very foundations and essence of faith. It abolishes trust, hope and relationship, because it rests solely on our own rational conclusions, our own personal views and our individual outlook and view of life.

Nous and reason
If we’re to understand better the difference between the ‘good’ and ‘bad’ use of human reason (the latter being rationalism), it will be useful to examine briefly the teaching of the Church on its nature and function.

According to Saint Maximos the Confessor and the Orthodox Patristic tradition, we have two cognitive centers. In other words, two paths, two ways through which we can recognize things, created nature and God Himself.

These two centers are the nous (which the Fathers identify with the heart) and reason (that is rational thought, intelligence, the mind) The seat of the nous is the heart, that of reason the brain. The nous is the center of the soul, which is why the Fathers call it the ‘authoritative part’ of the soul. Through the nous, which is the envisioning energy of the soul (which is why it is also referred to as the ‘eye of the soul’), we acquire knowledge and experience of God, we become sharers in the divine revelation.

The greatest obstacle which prevents us from coming to knowledge of God is precisely this: that we’re trying to become acquainted with Him in the wrong way, using erroneous methods. We’ve replaced the nous (the heart) with reason (logic) and we therefore end up with rationalism and the inability to know God truly.

From the above, it’s obvious that retreating from my reason doesn’t mean that I become irrational. Faith isn’t irrational, it’s supra-rational. It can’t be understood, only experienced. Faith doesn’t mean understanding, but trust. It doesn’t conflict with rational discourse, but transcends it, overtakes it. The supra-rational in Orthodoxy isn’t the abandonment of reason, but its recruitment and elevation as a receptor of the experiences of the divine revelation. The supra-rational is the complete surrender of our self, the abandonment of our self, to the will and mercy of God. Reason is the ‘narrowing down’ of God, the shrinking of Him to our own personal needs and requirements, to our own egotistical will. The supra-rational is allowing God an open path into my heart so that He can come and act within me in His own way, which is neither rational, unrational or irrational but supra-rational. It’s the eternal Truth of God. It’s the effort we make to receive the Logic of God when this doesn’t mesh with our own.

This spiritual knowledge isn’t the result of our brain’s logical processes. It’s not something only for geniuses, for the educated, for academics. It doesn’t require composite thought, or complicated analyses and syllogisms. Spiritual knowledge is a gift from God, given to all, educated and illiterate, expert and amateur, clever and naive, to all those who have a simple, humble and pure heart. Faith is God’s gift to simple, humble people and isn’t the result of a process of reason.

Spiritual knowledge isn’t studied in the world’s universities and reading-rooms; it’s not recognized with degrees and post-graduate studies; it’s not the object of academic research. Spiritual knowledge is a matter of the heart, it’s an enlightened nous, it’s participation in the love, grace and glory of God; it’s the revelation of God’s truth in our life and in the world at large. The workshop of spiritual knowledge is faith and hope, trust in God and the abandonment of our self to His boundless love and providence. It’s the daily practice and observance of His commandments. It’s the practice of love through charity and active alms-giving. It’s love for others, goodness and joy.

Dragging us through all the pitfalls of pride, rationalism eventually brings us to self-justification, by persuading us that we’re right. Since our thoughts, words and actions are logical, they’re therefore correct and just. We’re right and therefore are justified in imposing our views as regards the opinion, behavior and wishes of others. From this point on there begins a never-ending effort to satisfy our insatiable need for self-justification, which leads us to chain of ever greater and more onerous sins.

The Pharisee in the parable (Luke 18, 9-14) is the most representative type of a self-justified person. He boasts of his virtues, considers himself righteous and at the same time denigrates the publican, seeing him as a sinner far beneath him. The self-justified sit in judgment on themselves, pronounce themselves to be righteous and believe that God is bound, in all fairness, to reward them.

Such people have psychological problems, because they reject their guilt. They become irritable, disturbed, dissatisfied, demanding, impatient, defiant, brash, and quarrelsome. Following the example of Lucifer, they don’t ask forgiveness and don’t confess their sins. They repeat as a mantra the words of the Nihilist Albert Camus: ‘I had been right, I was still right, I was always right’* and so erect an insurmountable wall against the bountiful mercy of God.

Rationalism is condensed pride, arrogance, self-justification, self-sufficiency and autonomy. This is why it alienates people, it isolates them and distances them from God and from others. Rationalists are agents for the breakdown of friendships, marriages, families, monasteries and societies.

In the end, despite their considerable achievements, rationalists are today’s tired, empty, unsatisfied and disenchanted people. They’re people who experience on an everyday basis the drama of their existential angst, their insecurity and the dead-end in which they’ve been trapped by the logic and self-confidence they relied on so much.

We must therefore break out of the limitations of outdated human logic and enter the immensity, the riches and the blessing of the logic of God.