In the city of Ankara, in Galatia, there once lived a monk. We don’t know when he lived. We don’t even know his name.

The little we do know about him is that he came from the army, lived near the bishop of the city and was so philanthropic and charitable that he’d even go round at night to help those in need.

The clothing he wore wasn’t worth a mite and his food was commensurate. When he was given books, he’d sell them straight away and give the proceeds to the poor.

Even if he’d kept the books, he wouldn’t have read them, because his constant involvement with charity precluded any ‘poring over codices’. He hurried around everywhere, to prisons, to hospital to those in need, rich or poor. 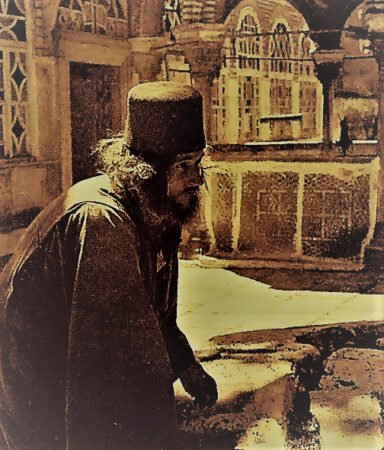 He paid particular attention to the cathedral church of the city, which was next to the bishop’s residence, where he also resided. This preference was for one reason only: it was the custom of those with problems to assemble in the narthex of the church.

There you’d see the sick stretched out, waiting for divine assistance; or the destitute begging for their daily food. And it wasn’t just a few people who gathered there, but a whole host, of all ages, men and women, married and single.

One dark winter’s night the monk had returned from his late charitable ‘patrol’ and was ready to rest his poor bones when the silence was suddenly broken by a woman’s cries, coming from the narthex of the church.

The monk stopped praying and took the stairs of the bishop’s residence two at a time. He was faced with a sight that he’d never even imagined: before his very eyes, a woman was writhing in the pangs of childbirth. In the middle of the night, he ran out to find a midwife.
Midwife there was none, however, so he took undertook the task himself, and performed this act of charity in exemplary fashion, not in the least discountenanced by the procedure of birthing.

This detachment was due to the fact that he was acting out of charitable love.

Bishop Palladios of Helenopolis (364/5-420/430), a disciple of Saint John Chrysostom and native of Galatia, where this event happened [WJL].