In the Bible- in the Old Testament, in fact- we see a decline in the society at the time the texts refer to or were being written. This time is almost exactly the same as the one we’re living in today.

Concerning the state of human affairs, we read in the Prophet Isaiah: ‘But they shall turn aside to the right, for they shall be hungry; and shall eat on the left, but shall not be satisfied They will eat the flesh of their own arm’. (9, 20, cf. Jer. 19, 9). At another point (9, 2), he refers to people walking in darkness and in the shadow of death. In other words, people are walking in darkness and the shade they’ve chosen as a resting-place proves to be ‘the shadow of death’. The same prophet remarks that iniquity is smoldering and that a fire will rage which, like a forest fire, will devour the very subsistence of the nation (9, 18).

From this we can draw an important conclusion: it is sin itself which, in the end, punishes us, not God Who does so. We are the cause of wickedness, because, in any case, ‘God did not make death’ (Wisdom of Solomon, 1, 13). The images in Scripture which describe the decline of human society are graphic and particularly expressive. As in the time of the Old Testament, so today people resemble ‘broken reeds’ and ‘flickering lamps’. That is, people who are wounded and disappointed. Alone, without help. A human race that appears not to have changed in the least as regards its passions and patterns of behavior. 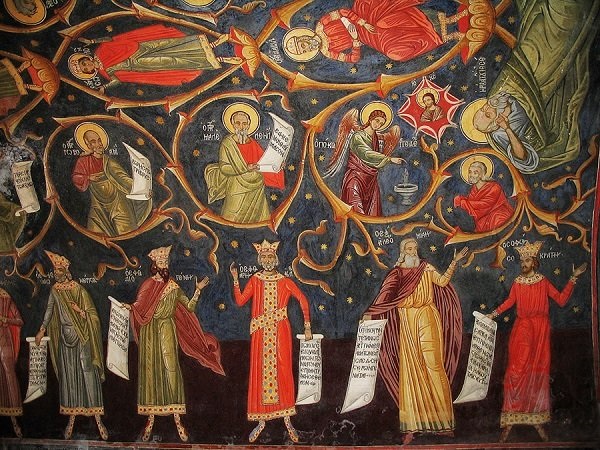 In the murk and gloom, still before the Incarnation of the Word, humanity saw a light. It was a harbinger of the new, great Light of the New testament, of Jesus Christ. This light was a scattering of lights, the Prophets, whom God sent to prepare the way of the Messiah.
What did they do? What precisely was their task? Their job was, and is, to bring God’s messages, and, because they were aware of what they were doing, they began their statements with: ‘Thus says the Lord’. Indeed, they gave ‘signs’, which weren’t only words but also actions (Is. 20, 1-6; Jer. 18, 1-12). But it was their very existence which was the most important and crucial sign, since, by their lives they showed themselves to be bearers of the true divine tradition. These Prophets foretold, and, in some measure, brought about the wreckage of the everyday in relation to eternity. Their task was to identify the sickness of the age and, with God’s help, to heal it. The other thing they did was to announce a new heaven, a new earth, a new human being, a new humanity. And all his not in theory but in actual fact.

They even taught through their face, too, on which the Kingdom of God was depicted and stamped. They already experienced this Kingdom in the present life. Take the case of the Prophet Elijah and the widow. She had only a little food, enough for herself and her son, yet she gave it to the Prophet, knowing full well that they would die thereafter. The face of Elijah left her in no doubt that he was a ‘man of God’.

The work of the Prophets was tiring and laborious. They had to bend to their task, tire themselves out, dirty their hands and, with meticulous care, bind the ‘broken reeds’ and add oil, mercy and love to the lamps which were flickering and on the point of going out. This was their supreme task.

The responsibility they bore for this gift was very great, especially when it came to foresight. It brought them real pain when they saw future disasters that were the result of a festering society. And besides, this calling was not for everyone. The lot of becoming Prophets fell to them from God.

Now we need to face the following question: are there Prophets today? Since the Holy Spirit is always present in the Church, there’ll always be Prophets and Saints.

Where do they live? In the desert, in the mountains, but also in the wilderness of cities. The former as necessary lighthouses on desert islands, preventing shipwrecks, the latter as traffic lights regulating traffic so as to avoid unnecessary confusion. Every society, including, of course, our own, needs genuine Prophets, and God will ensure that we’re never bereft of these. 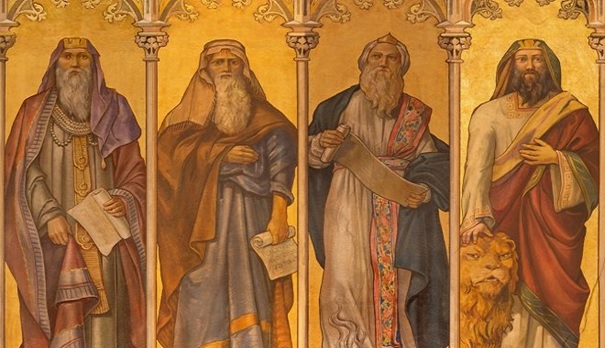 It’s likely that the Prophet lives close to us. Naturally, they don’t proclaim their work and presence because they act shrouded in ‘holy secrecy’. They don’t seek human recognition. They aren’t to be compared to other people, but to saints. They don’t consider they’ve reached the heights, because, the nearer they approach to God the more they recognize their spiritual poverty. And it’s then that they’re truly elevated, in accordance with the words of the Lord (Luke 18, 10-14).

Do people listen to the voice of the Prophets? When we listen to and adopt Prophetic discourse, we’re moving in the right direction, we’re brought into the real joy which we’re seeking, not something passing. We rejoice, says the psalm, as people do at harvest-time (125, 6). Our soul is full, it rejoices and skips with inexpressible delight. It sees ‘the true light’, which cannot in any way be covered or hidden.

Finally, genuine Prophets have one characteristic: they’re ‘signs of contention’. They will either be raised up or cast down in the opinion of others. There’s no neutral verdict where these people of God are concerned. Blessed are those who’ve known such a person of God, who have absorbed and adopted their words, who’ve been able to offer them even just a glass of cold water. Such Prophets are recognizable by as many as live in the Truth and also by the fact that they don’t cultivate personal veneration. Rather, they try to bring people to the first principle, the cause of all. Real Prophets are recognizable because they slake your thirst, bring you rest, fortify you and enlighten you. This is much obvious. A Prophet is someone who’s continuously giving, sacrificing voluntarily. He or she is a lighted lamp, burning every moment of every day for all people, without exception. May we have our eyes open and our souls pure so that we can discover them. They’re rare, but they do exist.