The term ‘Tradition’ is used in the Church to denote the sum of the truths of the faith which have been preserved orally and passed on to the Church, as a living repository of the experience of its body. In essence, Tradition is the ark in which are preserved and transferred, on the one hand, the accumulated experience of the past and, on the other, the articles of faith which are of saving significance for the body of the faithful and which have been passed on orally over the centuries, incorporated and adjusted to the environment of the truths of the Church. We often find that the notion of Tradition in the Church is defined with some sort of adjective, which provides a background to the content of the main term ‘Tradition’. But whether we say Eastern Tradition, Church Tradition, Sacred Tradition, Patristic Tradition or Orthodox Tradition, in reality we are referring to the same essential content, perhaps within a particular environment which restricts the general term.

Tradition is linked to Scripture and the combination of the two provides the Church with the oral and written testimony which preserve and ensure the saving truths of the faith. So it would not be true to say that Holy Scripture and Tradition are in any way opposed or are separate entities. On the contrary, they forcefully express a harmonious whole. At the same time, the good news is preached concerning God’s revelation to us, the aim of which is the salvation of human nature, as well as the whole of the created reality in which we function. 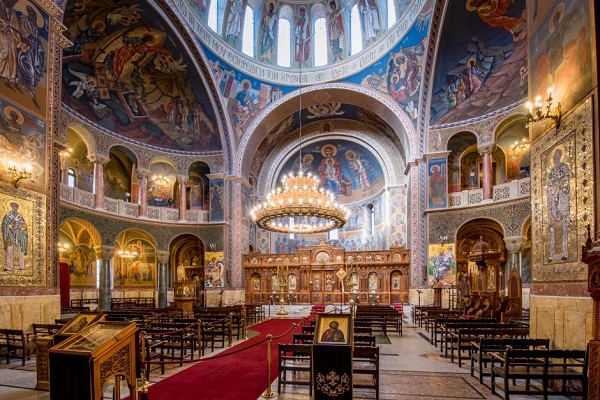 The dogmas and truths of the Church are collected either in written or oral form and are of equal validity for the faith of the Orthodox Church. The customs of the Church are not written and are transmitted through Tradition, but that is no reason to belittle them, because then we would be undermining the Gospels, which are recorded in writing, since this would prove them to be texts devoid of meaning. In essence, Tradition is the expression of the experience of the Gospel and, at the same time the expression of the experience of the body of the Church over the course of its history. For example, we can find a host of articles of faith which are not mentioned in the Gospel, but which, on the one hand, constitute substantial elements in the experience of the body of the Church and, on the other, form a living expression of the content of the notions contained in the written word of the Gospels. The sign of the Cross, which Orthodox Christians make, prayer towards the east, the orientation of churches, liturgical vestments and so on are not recorded and transmitted through the Gospels. On the contrary, they are part of the tradition of the Church, which accords with the Gospels and expands their meaning through experience.

Moreover, the whole of our liturgical life, from the blessing of the bread and wine at the Divine Eucharist, the water at Baptism, the loaves at the Lity and so on, was not taught to the Church through the Gospels, Rather, the Church relied on the causative and initiatory mention of them by the Apostles in the Gospels and developed them through its oral teaching, as a form of expression and experience of the underlying dogmas within the events described. The tacit and mystical tradition of the Church, sometimes through sacramental silence and sometimes through a great shout of praise, managed to protect properly the essence of the sacraments, as they are lived on a daily basis by the body of the faithful. Through a unique mystical process, Tradition manages to retain and transmit the sacramental nature of the Church through time. Whenever Tradition emerges from its secret process, it always reaffirms the confession of the faith in the Father, Son and Holy Spirit, offering praise to this basic tenet of our belief. Orthodox Christians, living within the Church, are able, on the one hand, to recognize its mysticality and confession of faith through Tradition, while, on the other, adapting their lives continually to the framework of a reality which interacts with the environment within which these things are experienced. In this way they experience the revelation of God in their lives.

Any value judgment between the written and unwritten revelation of God, in other words between the written testimony of the Gospels and the unwritten Tradition of the Church is erroneous by virtue of the fact that the Gospel message is preserved and transmitted in the Church largely on the basis of our ability to experience it in our lives. This can be shown by the spiritual evolution of the Church, which adapts its experience both to the context of recorded truths and also to that of unwritten ones. Christ’s teaching was not written down. The Apostles were entrusted with it through experience and it was only later that they put the saving message of the Gospel into writing. At the same time, they passed on the lore of the written texts and of their personal experience to their immediate disciples, that is to the Bishops of the Church. In this way, through the Apostolic succession, the purity required for the true transmission of the truth from one generation to the next was guaranteed. The repository which was received through the Apostolic succession has been transferred and transmitted from one generation to the next without gaps, without interruptions, but in a seamless continuum. Naturally, the involvement of God in this process must also be mentioned. The Apostolic succession and therefore the transfer of the written and unwritten truth in the Church is the result of the continued presence of the Holy Spirit therein. In other words, the truth of Christ, Who is the head of the Church, is transmitted to the members of this body of the faithful through the continuous presence and action of the Holy Spirit. Given that the Holy Spirit in the Church proceeds from the Father, believers are able to readily understand that the written and unwritten saving truth of the Church is experienced as a living and genuine reality, activated by the Father, through the Son, in the Holy Spirit.