How to Outwit a Proconsul

Part 2 of an open letter from Tertullian to Scapula, Proconsul of Africa (i.e. the Roman province around Carthage, not the whole continent), who had begun persecuting Christians, sometime soon after August 14, 212 AD (an eclipse visible in Utica is referred to).

Tertullian tells Scapula that Christians honor the emperor, as Christ instructed, and that God doesn’t want sacrifices of blood and gore, but prayer, as Psalm 50 says. He reminds Scapula that there are a great many Christians in his province, a veiled threat that, if things go badly, the emperor will not be happy. At the end, he says that even if Scapula continues to kill Christians, he’s really doing them a favor, since they are happy to die for Christ, but that he won’t escape God’s vengeance.

We are worshippers of the one God, concerning Whose existence and character nature teaches all of us; at Whose lightning and thunder you tremble; Whose benefits serve to make you happy. You think that others, too, are gods, though we know them to be demons. However, it is a fundamental human right, a privilege of nature, that people should worship according to their own convictions: one person’s religion neither harms nor helps another. It is assuredly no part of religion to compel people towards one religion when it should be free-will and not force that leads us. Even sacrifices should only be required of those willing to perform them. You will render no real service to your gods by compelling us to sacrifice, since they can have no desire for offerings from the unwilling, unless they are animated by a spirit of contention, which would be a very ungodly attitude. Accordingly, the true God bestows His blessings alike on wicked men and on His own elect. This is why He has appointed an eternal judgment, when both thankful and unthankful will have to stand before his judgment-seat. 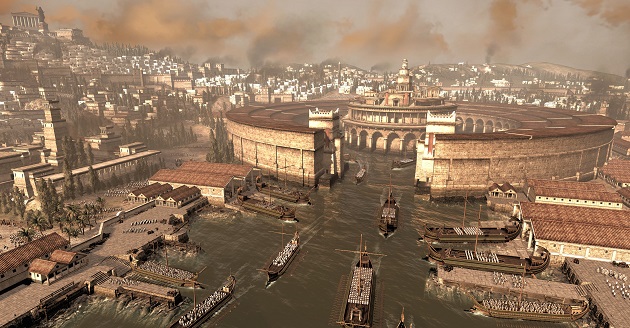 Ancient Carthage and its Harbor

You consider us to be sacrilegious wretches, yet you’ve never detected us in any theft, far less in any sacrilege. All the people who rob your temples swear by your gods and worship them. They aren’t Christians, and yet it’s Christians who are found guilty of sacrilegious deeds. We don’t have time here to explain all the other ways in which your gods are mocked and despised by their own adherents. Treason is another charge falsely laid against us, though no one has ever been able to find followers of Albinus, or Niger, or Cassius, among Christians. Those who have been found to be traitors to the imperial throne are the very men who swore by the genii of the emperors, who offered and vowed sacrifices for their safety and who often pronounced condemnation on Christ’s disciples.

Christians are enemies to none, least of all to the Emperor of Rome, whom they know to be appointed by God, and so they cannot but love and honor him. Indeed, they desire his well-being, together with that of the empire over which he reigns so long as the world shall stand- for that is as long as Rome will continue. To the emperor, therefore, we render such reverential homage as is lawful for us and good for him; regarding him as the human being next to God. He has received all his power from God, and is less than none except God . And this will be as he would wish it, too. Because in this way- as less only than the true God- he is greater than everyone else, even the very gods themselves, who must also be subject to him.

We therefore sacrifice for the emperor’s safety, but do so to our God and his, and in the manner God has ordained, in simple prayer. For God, the Creator of the universe, has no need of odors or of blood. These things are the food of the demons. But we not only reject those wicked spirits, we overcome them. Every day we hold them up to contempt. We cast them out from their victims, as multitudes can testify. So we do, indeed, pray for the well-being of the Emperor, as those who seek it at the hands of Him Who is able to bestow it. And one would think it must be abundantly clear to you that the religious system under whose rules we act is one which produces divine patience, since, though our numbers are so great- just about the majority in every city- we conduct ourselves very quietly and modestly. I might, perhaps, that we’re known rather as individuals than as organized communities, and are remarkable only for the reformation of our former vices. Far be it from us to take it ill that we have had laid on us the very things we wish for. Nor in any way do we plot to execute vengeance ourselves, since we expect it to come from God.