As all the parables are, that of the great banquet, as it’s known (the Gospel reading for the 11th Sunday of Luke) is of enduring value and, mutatis mutandis, expresses principles, weaknesses and the nature of people in every era.

Let’s try, then, to bring this parable of the great banquet into our own age so that we can perhaps understand better the depth of the meanings and teachings contained in it. ‘A certain man prepared a great banquet and invited many guests’…The Evangelist doesn’t tell us if the man was a king, lord or simply rich, as is usually the case in such instances.

It would be reasonable to assume, therefore, that the master of the feast was an ordinary householder, as we’d say today, ‘the man next door’, a member of the middle class. He was moved by the idea of providing a grand meal for a large number of his fellow-citizens. His aim was to give joy, enjoyment and satisfaction to his guests and for him to derive the same feelings from their presence. Apart from anything else, it would be a great honor for him if all these illustrious people ate with him in his home. He wrote out the invitations and had them sent to his guests. 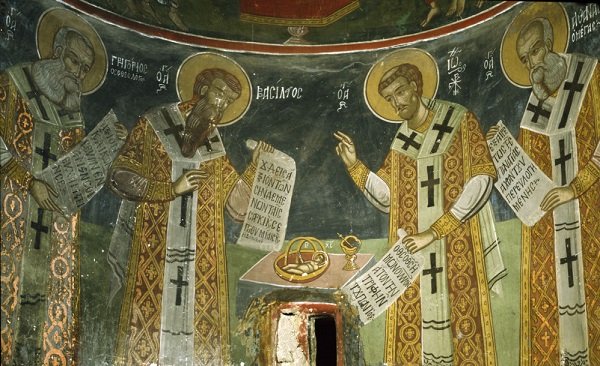 From the reference in the text to the three guests who declined to attend at the last minute, with their familiar excuses, we may conclude that they were among the leading citizens, ‘well-known’, ‘recognized’, ‘successful’, with wealth, social distinction, official positions, status and influence in the city. The first said he’d made a good investment in some land; the second that he’d invested in transport and farming, but in fact in the meat trade (ox meat); the third that he’d invested in a wife who had brought him a large dowry. Obviously the other guests, who aren’t mentioned in the parable in order to keep it short, would have belonged to the same caste and would have made excuses of a similar nature.

In the end, out of all those invited, nobody came!

The question that arises is why none of the many people came. Why not even one?

We can speculate a great deal about the reasons they didn’t come. Was the man concerned of no great importance, with a ‘low profile’, little-known, so that they would have nothing to gain by attending the banquet? Would they have lost some of their repute, their status, their illustriousness if they’d attended? In order words was it egotism, arrogance or unreceptiveness that was at the bottom of their refusal to attend?

Whatever it was, it wasn’t the moral standing of the host, as is clear from the gracious way in which they declined.

At this point, let’s look at the attitude of the host. Had he invited them to raise his standing in society. In other words, was he seeking to enhance his own position by basking in their light? This possibility is implausible, given the way the story continues. After the universal refusal of the guests to attend, the good and welcoming host brought into his house people who were poor, sick, crippled, disabled, homeless, starving and marginalized, so that they could enjoy the great banquet.

If this is the case, the conclusion to be drawn is that all the guests declined to go because of overweening egotism, selfishness, indifference, and a total and complete lack of humility.

An affirmative response to the invitation would have done nothing to advance their social profile.. They hadn’t been invited by one of the leading citizens, somebody who was famous, a member of the government, one of the moneyed class. Had that been the case, there’d have been a rush to secure the seat of honor at the banquet.

The rebuke to this attitude comes from Christ Himself, in the verses immediately preceding this excerpt from Luke 14.

By the same token, today we also very politely refuse the invitations we receive. We should all look very carefully towards our daily life. At the great banquet of our faith, which takes place regularly, our own Host is always present, waiting for us. Let’s not reject His invitation on various pretexts. All we have to do is arrive with the garment of humility- and we all know what that means, what it symbolizes and what it demands. May we all be present. Only then will we bring joy to Christ, our Great Host, and will ‘taste of His Banquet’.