In recent years we’ve seen a resurgence of neo-pagan propaganda against Christianity. This polemic derides the historical progress of the Church and presents it as an organ of barbarity. Christianity is accused of having violently extinguished ancient Greek culture. Another charge levelled against it is that it’s a continuation of Judaism and, as such, brought foreign elements into the religious life of the Greeks.

As regards the first of these charges, we shall point out very briefly that the Fathers of the Church were not only opposed to the extinction of ancient Greek culture, but actively worked to salvage a host of Ancient Greek texts which would otherwise have been lost (e.g. Basil the Great, Gregory the Theologian, Fotios the Great and so on). As regards the Ancient Greek language, we should not forget that its only public use for centuries now has been in the worship of the Church. And if we consider the dark years of Turkish occupation, what fate would have awaited Greek had it not been the language of the Church? Most likely it would have disappeared. 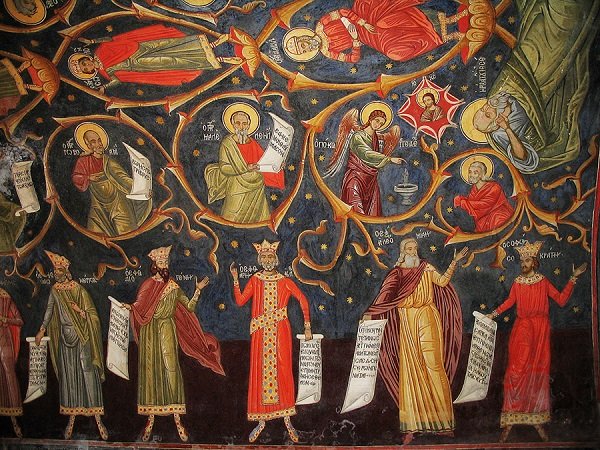 As regards the second accusation, we may discuss the relationship between the Old Testament and ancient Greek culture. But let’s first digress a little. Apart from the context of the charges mentioned above, we have also, in recent years, been experiencing another insidious trend. This is to repudiate and attack the Old Testament not only as regards its relationship to ancient Greek culture, but also insofar as it’s connected with the Church. This is a resurgence of Gnostic views which have long been rejected. Our Lord Jesus Christ read the Prophets, that is the Old Testament. You can’t read two verses of Saint Paul’s Epistles without coming across references to the saving events of God’s testament with Abraham, the Exodus and the tradition of the Law. The New Testament is inconceivable without the Old. If you reject the Old Testament, you reject Saint Paul and you reject Christ Himself.

As regards the relationship between the Old Testament and ancient Greek culture, we should bear in mind that the historical events of the Scriptures aren’t concerned only with the Jewish people, but with the first phase of the plan of divine dispensation for the whole of the world.

Even from the time when the oldest books of the Old Testament were written, the cultural interaction between Jews and Greeks is historically well documented. During the Hellenistic era, this coexistence was seamless. Greek was the everyday language throughout Palestine. More than one of the later books in the Old Testament were originally written in Greek. The Greek style is abundantly evident in these books. If you read the book of Job, it’s like entering the atmosphere of an ancient Greek tragedy. And the translation of the Septuagint (the 70) essentially ‘Hellenized’ the whole of the canon of the Old Testament. This alignment of Judaism and Hellenism was most pronounced in the city of Alexandria. The wise Jews of Alexandria used only Greek and cultivated only the Greek spirit and Greek philosophy. As regards the relationship between the New Testament and ancient Greek culture, there was a constant interchange, to the point that their common features cannot be separated.

From this interactive relationship back in the mists of time, we may say that Greeks gained a great deal. The most important thing is that, while they gave philosophy and science, they profited from the profound religiosity which has imbued the Hebrew nation over the centuries. For the Jews, there’s no action, individual or social which is not referred to God. Fasting, for example, is a practice of worship which must be observed by the whole nation, as an act of praise to God, rather then being an individual feat. It’s lamentable that faithful Christians now read the Old Testament only rarely. We recall, some time ago, that older priests would often introduce their sermon with a reference to events of the Old Testament, though younger ones do not do so. 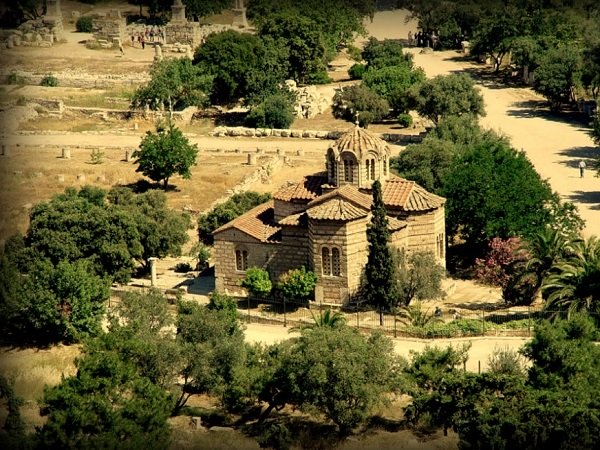 At this time of general confusion in our life, some self-styled ‘authentic Greeks’, motivated by neo-pagan ideas, are asking that the Jewish elements should be removed from the faith of the Greeks. We regard these views as abrasive, anti-Christian and clearly without foundation, given what we have said above. In any case, Theology as an encounter with God is not a matter of nation or race. Synods of the Church long ago condemned ethnophyletism.

In conclusion, the Old Testament and ancient Greek culture are the two pillars on which Christianity and the Church rest. The so-called conflict between ancient Greece and Christianity is no more than a fabrication and concoction aimed at drawing the people of the Church away from true piety. Acquaintance with the riches of the Scriptures, history and tradition are requisites for ‘the life in Christ’, a spiritual shield for every member of the Church and the whole of its body.