(The epistle was probably written in about 372 and was addressed to the horepsicopi, that is the local bishops who each had pastoral responsibility for a small part of the Metropolis of Caesarea, on which they were canonically dependent. Saint Basil chastises them for not being careful enough regarding the people involved in their churches and for not seeking his advice. He reminds them of the consequences of failure to staff the Church with good priests).

I am much distressed that the canons of the Fathers have been abandoned, and that the strict discipline of the Church has been banished from among you. I am apprehensive lest, as this indifference grows, the affairs of the Church should, little by little, fall into confusion. 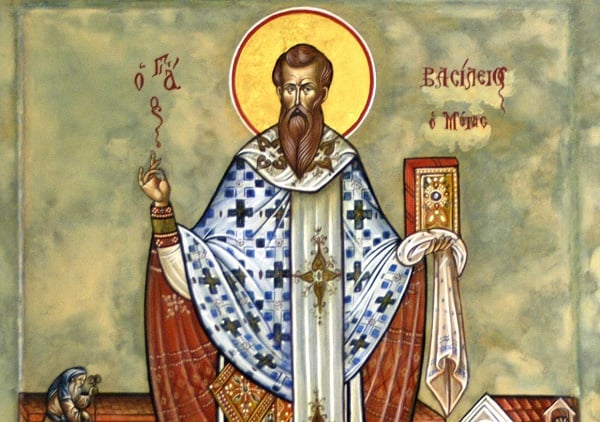 According to the ancient custom observed in the Churches of God, ministers in the Church were received after careful examination; the whole of their life was investigated; an enquiry was made as to their being neither ridiculers nor drunkards, not quick to quarrel, keeping a firm hand on their young people, so as they might be able to maintain the ‘sanctity without which no man shall see the Lord’ [Heb. 12, 14] This examination was made by presbyters and deacons living with them. They then brought them to the horepiscopi, and the latter, after receiving the testimony of the witnesses as to the truth and informing the bishop, so admitted the minister into the holy clergy.

Now, however, you have ignored me; you have not even had the courtesy to send me a report, and have transferred the whole authority to yourselves. Furthermore, acting with complete indifference, you have allowed presbyters and deacons to introduce unworthy persons into the Church, just as they choose, without any previous examination of life and character, inspired either by mere favoritism, relationship or some other tie. The consequence is, that in every village, you can count many ministers, but not one single man worthy of serving at the altar. You yourselves are witnesses to this, since you have difficulty in finding suitable candidates for election.

As, then, I perceive that the evil is gradually reaching the point at which it will be incurable, and especially now, when the majority of people are presenting themselves for the ministry through fear of conscription [1], I am forced to take the decision to restore the canons of the Fathers. I am thus ordering you in writing to send me a list of those serving in every village, stating by whom each one has been introduced into the clergy, and what sort of life he leads. Keep a copy of the list in your own records, so that your version can be compared with the documents which are in mine, in order that no one can insert his own name if he chooses to do so. So if any have been introduced into Church service by presbyters after the year 372, let them be rejected, and take their place among the laity. They must then be examined again by you personally, and, if they prove worthy, let them be received by your decision.

Drive out unworthy men from the Church, and so purge it. From now on, test by examination those who are worthy, and recognize them. But do not admit them into the ranks of the clergy before you have reported to me. Otherwise, understand clearly that anyone who is admitted to the ministry without my authority will remain a layman.

[1] From the time of Constantine the Great, clergymen were excused military training.