The pre-cleansing period of the Triodio will bring us to the gates of Great Lent. It’s a period of intense liturgical activity and spiritual watchfulness, as demonstrated by the poetic discourse of these days. The hymns which follow the reading of Psalm 50 have a special place among those sung at this time: ‘Open to me the gates of repentance’, ‘Make straight for me the paths of salvation’ and ‘The multitude of my past iniquities’. 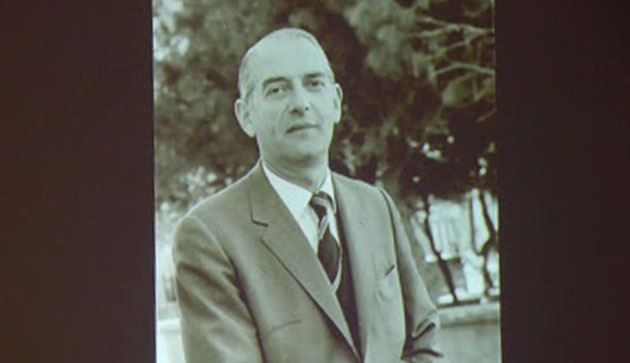 Dimitrios Magouris is outstanding among the great cantors. Coming as he did from Constantinople, he served with some of the stars of the style of singing prevalent there. He was the link between the cantors of Greece and those of the Patriarchal tradition. He arrived in Irakleio, in Crete, in 1965, before moving on to Athens where he taught and inspired many cantors. Himself possessed of a fine voice, and steeped as he was in the Patriarchal tradition of psalmody, he is an example to younger cantors who are learning the multifaceted art of Church singing. Listening to Dimitrios Magouris is a valuable lesson in the interpretive manner demanded by the hymns sung at the time of Great Lent. Here is the hymn ‘Open to me the gates of repentance, Giver of Life’, sung in tone plagial 4.