Have there been Saints who Died by their own Hand?

a) In recent times, because of the omnifarious social crisis and in the face of failures, disenchantment, insurmountable economic problems and despair, there have been many cases of suicide.

This phenomenon, which is often ignored, has been interpreted in a number of ways. In sociological thought, Emile Durkheim makes early mention of ‘anomic suicide’.

b) ‘Anomic suicide’ is observed in societies where social cohesion has broken down either because of prosperity or, alternatively, because of an acute economic crisis. On the other hand, ‘in times of great dangers and threats, the cohesion of the members of society increases and the percentage of suicides is limited. In such instances, the anomy of society diminishes or disappears and cohesion is restored’ (George Mantzaridis). 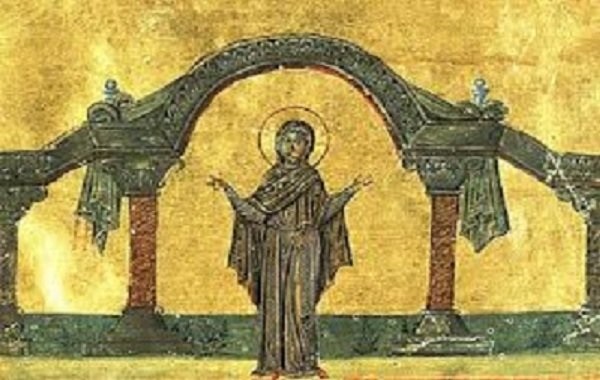 c) Modern society is ambiguously ‘anomic’. It is distinguished for its high degree of individualism, indifference to the public good, unchecked consumerism, greed, environmental depredation, disparagement of personal worth, and intense competition. People today have become ‘powerful’, autonomous individuals who in a formal sense have lots of rights and are at the center of society’s interest. In essence, however, they’re unprotected, unemployed and cut off from all collective activities. It is this development which has contributed to the rise of ‘anomic suicide’.

d) At the same time, the lack of meaning in life, the unbearable loneliness which often results from severing relations with God and other people, as well as the ego-centric convolutions of people today create conditions conducive to egotistical suicide. This is to be clearly distinguished from suicide which is committed due to various psychological ailments. In Church tradition, suicide has been treated as a most grievous sin and those who commit it are deprived of a funeral service. Naturally, an exception is made for those who are mentally ill, even though the criteria for such a characterization are difficult to define.

e) On 3 October, the Church honors three women ‘suicides’, Domnini and her daughters, Verniki and Prosdoki, who preferred to jump into a river and drown rather than be dishonored by their pursuers. These Christian women lived in Antioch and were distinguished for their beauty and virtue. In order to escape the persecution which Diocletian had proclaimed, they fled to Edessa in Mesopotamia. Domnini’s husband, however, was a fanatical pagan. He had them charged and pursued them with a contingent of soldiers.

f) The soldiers forcibly arrested them and then set out for Ierapolis. On the way, the soldiers stopped near a river to eat and drink. The three women realized they were about to be dishonored. Domnini told her daughters of the horrors awaiting them and urged them to preserve their virginity and their faith in Christ. So they stole away to the river, plunged in and were drowned. Their voluntary drowning was not held to be suicide. Saint John Chrysostom sang the praises of the three women and considered their sacrifice to be a new baptism (PG 50, 629-640).

g) The action of the three women may seem to be suicide, but it is praiseworthy, since there was no selfish intention involved, nor any rejection of the gift of life, but rather the preservation of high ideals. The motives for suicide are different from those of self-sacrifice. In self-sacrifice, individuality and death are overcome by love for God, other people or an ideal*, whereas in suicide the person is defeated by despair and death.

* Naturally this involves helping other people, as in the case of Saint Maria (Skobtsova) who went to her death in the Ravensbrück concentration camp by taking the place of a young mother. By the same token, we don’t have ‘suicide bombers’ in Christianity. Suicide bombers kill for their faith, whereas Christian martyrs are killed for their faith. For this reason the early Church condemned the sect of the Circumcellions, who tried to commit a form of suicide by provoking people into killing them because, they wrongly claimed, this would make them martyrs [WJL].